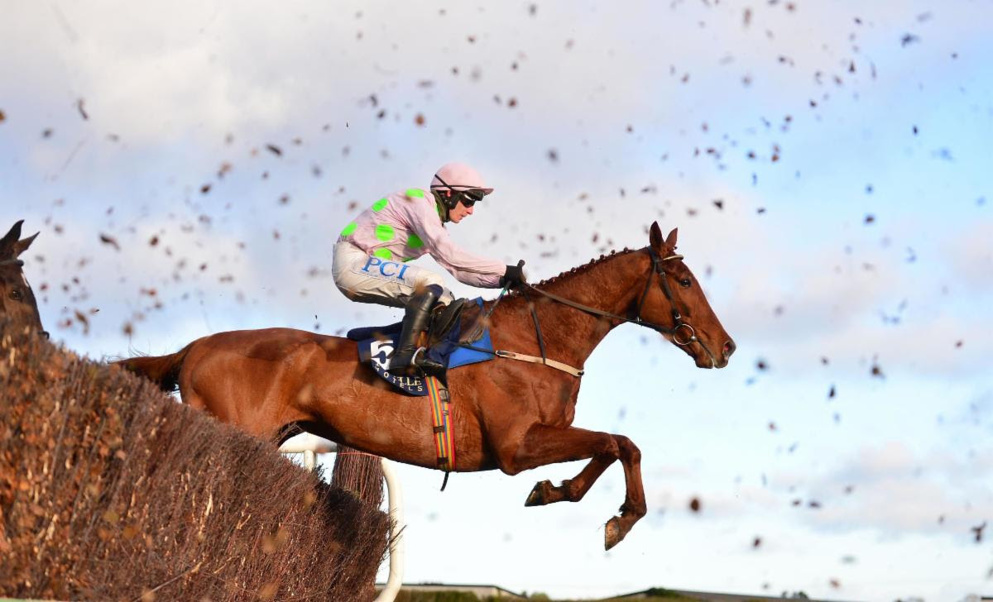 Monkfish at 4/9 with Betfair.

As the days and the hours have ticked by, the domino effect pointing towards Monkfish adding to his Festival tally in the Brown Advisory Novices' Chase has only increased.

Royal Pagaille going for Gold on Friday meant one less rival, unsurprising since he wears the same distinctive pink spotted silks of Rich and Susannah Ricci.

In doing so, he opened the door for Next Destination to corkscrew his way into the National Hunt chase on the opening day.

In a memorable scrap up the Cheltenham hill here 12 months ago to decide the Albert Bartlett Novices' Hurdle, Monkfish narrowly bested the admirable Latest Exhibition, who this time has decided to simultaneously keep his powder dry and his Irish Ferries loyalty card in his pocket, swerving this fixture altogether for the softer focus of Fairyhouse and home soil in a couple of weeks' time.

That's not to say the likes of Henry De Romhead's Eklat De Rire and Colin Tizzard's The Big Breakaway aren't capable of making this interesting and keeping Monkfish honest, far from it, but official ratings leave them with a fair gap to try and close down, 13 pounds for the former, a whopping 16 for the latter.

What's more, an unexpected 10mm rain arrived at Prestbury Park on Sunday night, giving the track a good soaking. Irish eyes will indeed have been smiling.

So, what of Monkfish himself? Why the build up?

Those who follow the sport will eagerly inform you of the select band of novice stars operating over fences right now, all of whom sit on ratings in the 160's.

There's the aforementioned Royal Pagaille, at the time of writing just 8/1 for the Gold Cup itself.

Joining him is the thrilling Envoi Allen, a perfect 11 from 11 under rules and odds on for Thursday's Marsh Novices' Chase.

Add in Shishkin, impressive winner of last year's Supreme Novices' Hurdle and win or lose, one of the outstanding opening day fancies.

There's one name left to make up the elite quartet: Monkfish.

Unbeaten at Cheltenham following last year's visit, he's an exuberant jumper who is yet to taste defeat in three outings over fences.

His warm up came in the Grade 1 Flogas Novice Chase at Leopardstown early last month, a race in which he delivered quite a statement, winning easily via a dismissive 11 length verdict over Latest Exhibition, the same fella who has ducked a repeat scrap this time around.

No two races are alike and they'll go harder and faster at Cheltenham than they do in Ireland, but this horse towers above his rivals on ratings and rightly so.

Four times a winner of this race, his trainer Willie Mullins is well versed in landing this prize, most recently doing so with Don Poli in 2015.

All the indications suggest he'll do so again in 2021, and in doing so establish Monkfish as a key contender for the 2022 Gold Cup.