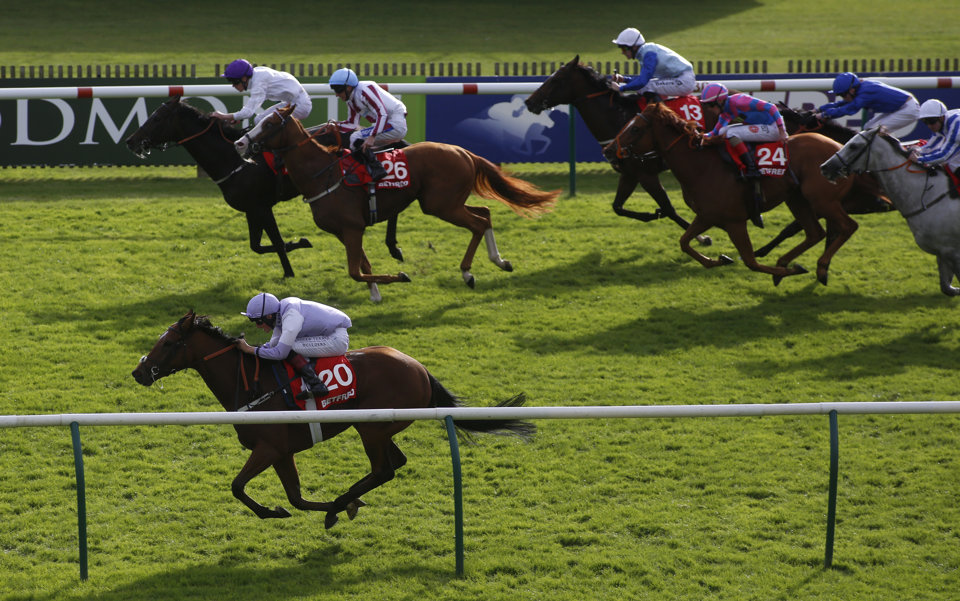 A monster field of 29 runners will line up for the 2022 Cambridgeshire Handicap at Newmarket on Saturday afternoon, and it's set to be a hugely exciting renewal of the 1m 1f event at Flat HQ, and our man Steve Chambers has been given the unenviable task of trying to work out the punting conundrum and he selects his best bet for the race here...

An impressive one-and-three-quarter length winner at Doncaster a couple of weeks ago, the William Haggas-trained Mujtaba was instantly earmarked as a potential Cambridgeshire candidate and the four-year-old is a red-hot 4/1 favourite for the Newmarket showpiece. That victory on Town Moor came over a trip of 1m 2f, so he will drop back in trip for this test, but they are sure to go a fierce gallop from the outset, so you will need to stay to land the prize. Handed a 4lb penalty for that victory, Mujtaba will face a sterner test in this event, but he could well be comfortably ahead of the handicapper and he's entitled to be a warm order for this contest, but at 4/1 he's awfully skinny a race jam-packed with exciting handicappers.

Haggas has a stranglehold at the head of the betting as not only will he unleash Mujtaba, but he will saddle the 7/1 second favourite Protagonist, who goes in search of a hat-trick of wins. The five-year-old son followed a win at Doncaster with a victory at Sandown last month, but he's been handed a significant 7lb rise in the weights and with a tougher assignment on his plate he could well find it difficult to make it three wins on the spin.

Sean Woods's Savvy Victory failed to land a blow earlier in the season in Group company and was well beaten in the King Edward VII Stakes at Royal Ascot, but he showed his class when storming to an impressive victory at Goodwood last time out, and while he's been handed a 4lbs penalty for that success on the south coast he could be a lively player in this event and at 9/1 with some firms could be a really solid each-way play for punters.

Saeed bin Suroor saddled Bedouin's Story to victory in this race 12 months ago and the Godolphin handler will saddle four in this year's renewal with the likes of Brilliant Light (25/1) and Electrical Storm (14/1) of interest, but the standout raider from the yard is FIRST VIEW, who looks a cracking each-way bet at the current odds of 16/1. Making a return to the track after over two years off this season, the son of Exceed And Excel kicked off his British career this campaign (had been running at Meydan) with a second placed finish at Leicester, while he went one better at Kempton next time out. A decent seventh in the John Smith's Cup at York on his third run of the season was then followed by a very taking win in the London Mile Series Handicap at Kempton Park, and with a 4lbs penalty he could play a notable role here. He was doing all his best work at the finish that day, so the step up from one mile to 1m 1f should see him improve, and with every run sure to improve his fitness and resolve the Godolphin charge can land a stinging blow here.

A winner of this event back in 2020 off a mark of 94, the Paul & Oliver Cole-trained Majestic Dawn will have to defy an 18lbs higher mark in this year's event, so it's no surprise to see him available at 25/1, while a couple more contenders towards the head of the handicap that could find it tough include the likes of Magical Morning and Perotto (both 25/1).

George Boughey's Totally Charming was hugely progressive at the start of the season, but his winning run of two races came to end when ninth in the Royal Hunt Cup at Royal Ascot, but he's not been seen on the track since, however, has to be respected at 12/1, while the likes of Jimi Hendrix and Dual Identity (both 14/1) add more depth to what is a real head-scratcher for punters is.