Cesarewitch Handicap Tips: Dervish to get rivals in a Whirl 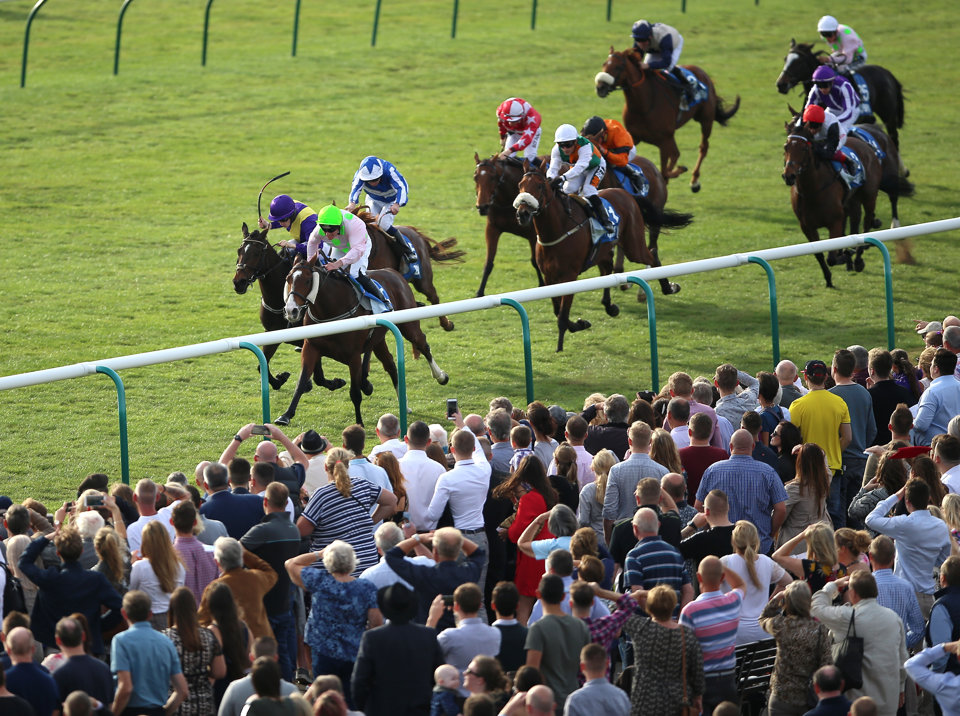 Steve Chambers previews Saturday's ultra-competitive Cesarewitch Handicap, which sees a bumper field go to the 2m 2f start at Newmarket for an exciting renewal of the marathon...

Willie Mullins will go in a search of a memorable Cesarewitch Handicap hat-trick on Saturday as the master National Hunt trainer will unleash another exciting Flat contender in the shape of Great White Shark, who is a well-fancied Irish raider in the energy-sapping contest. Low Sun (2018) and Stratum (2019) have handed the Closutton handler back-to-back victories in the Ces, and in Great White Shark he has an eye-catching, potentially attractively handicapped runner.

Third at huge odds in the Martin Pipe at the Cheltenham Festival in March, Great White Shark then reverted back to the level at the Galway Festival in July, but he could only finish seventh in a handicap won by the top class Princess Zoe, who has turned into a real star this season and was last seen winning the Group 1 Prix du Cadran at Longchamp. However, Mullins' decision to send Great White Shark back over hurdles later in the week at Galway was a masterstroke as he went on to win a 2m 6f handicap hurdle by two lengths.

Now, opting to revert his classy six-year-old back to the Flat for Saturday's Cesarewitch, Mullins is hoping that his charge can make the most of an eye-catching mark of 86. He finished seventh in that aforementioned Galway Flat contest off a mark of 88, so a drop of 2 lb is sure to aid his chances considerably here, and he has to be a huge player. Sitting at the head of the betting, at the time of writing, Great White Shark is a fascinating contender and the huge stamina test shouldn't prove to be an issue, but having not tasted victory on the level for 15 months then he could well find one too good on the day.

A fifth win of the week for jockey @PTownend at @Galway_Races as Great White Shark, who was third at Ballybrit on Monday, captures the €80,000 @GuinnessIreland Handicap Hurdle for @WillieMullinsNH

David Pipe, whose father Martin won this race in 2000 (Heros Fatal) and 2002 (Miss Fara), will be another Jumps training aiming to land the coveted Flat prize and the Pond House handler will saddle Leoncavallo, who warmed up for this with a comfortable four and three quarter length win at Haydock in July. However, he has been upped 7 lb for that success, so a mark of 83 will hand him a stiffer assignment and it could be one he falters at.

Andrew Balding's Coltrane and Hughie Morrison's Not So Sleepy head to Flat HQ on the back of taking wins, with the former having amassed three wins on the bounce. Having won off a mark of 75 at Chepstow in July, Coltrane was last seen claiming an impressive four-length win in the Melrose Handicap at York, but a monstrous 11 lb rise for that success could see his winning run come to an abrupt end, and Not So Sleepy makes more appeal of the pair. A dominant victory in a four-runner handicap at Pontefract last time out would've got Not So Sleepy fighting fit for Saturday's contest, and he still looks like he could cause some damage off a mark of 98. Fourth in last year's Cesarewitch off a mark of 94, Not So Sleepy will need to improve, but he looks a much better horse this year, but may still find a few too good on the day, as he looks to head into a hurdling campaign with a notable Flat success.

Coltrane (Mastercraftsman) only made his debut two months ago, but this stayer is really going places and forges to victory in the @SkyBet Melrose at @yorkracecourse @oismurphy @AndrewBalding2 https://t.co/Az8GQ7tswr

Big-priced winners have been frequent in recent times in the Cesarewitch with two 66/1 winners and a 50/1 winner bagging glory in the last eight years, so while those at the head of the betting line up at Newmarket with the perceived best chance, it's certainly a race to look for value, and with bookmakers likely to offer enhanced places then don't be shy in taking a chance with a bigger-priced each-way alternative.

Brian Meehan's Arthurian Fable will look to become the first three-year-old since Darley Sun in 2009 to claim victory and the son of Sea The Stars chased home Coltrane in the Melrose Handicap, so has to be respected, while the Mark Johnston-trained Summer Moon was an impressive winner of a competitive York staying handicap in August and was third in the 2019 Ces. Lining up in red-hot form, the four-year-old has to be considered an each-way player here, as well as his stablemate Mondain, who trounced Fun Mac at Ayr by over five lengths on his last outing, and looks to have the potential to continue on an upward curve and could be the most eye-catching each-way proposition around the 14/1-16/1 mark.

Looking further down the betting there are some huge-priced runners that could outrun their lofty odds, and the first to mention is the Neil Mulholland-trained Vis A Vis, who is a really lightly-raced six-year-old that finished fourth in the 2018 Ces. Lining up off a 6 lb lower mark on Saturday, Mulholland's charge will strip fitter for two runs at Kempton and Haydock in July and August and could bag a place, but the most eye-catching contender at huge odds if the Gavin Cromwell-trained Whirling Dervish.

Around a 33/1 shot, at the time of writing, the five-year-old son of Camelot has not been seen on the level for a year, but has put up some decent efforts over hurdles this year. A win and a second at Kilbeggan was followed by a creditable sixth place at Listowel last month, but it's a piece of form from April 2019 that is worth taking a look at. He beat the subsequent Group 2 Curragh Cup winner Twilight Payment over 1m 6f in yielding to soft ground, which showed that he has the capabilities of landing a major blow off a good mark on Saturday. It looks like a real stamina test could bring out the best of him, and this weekend's marathon could well play to his strengths. At huge odds - backing it with a firm playing enhanced places - Cromwell's charge could provide a shock victory, if not bag the place money.