Challow Hurdle Tips: Gate looks a Star in the making 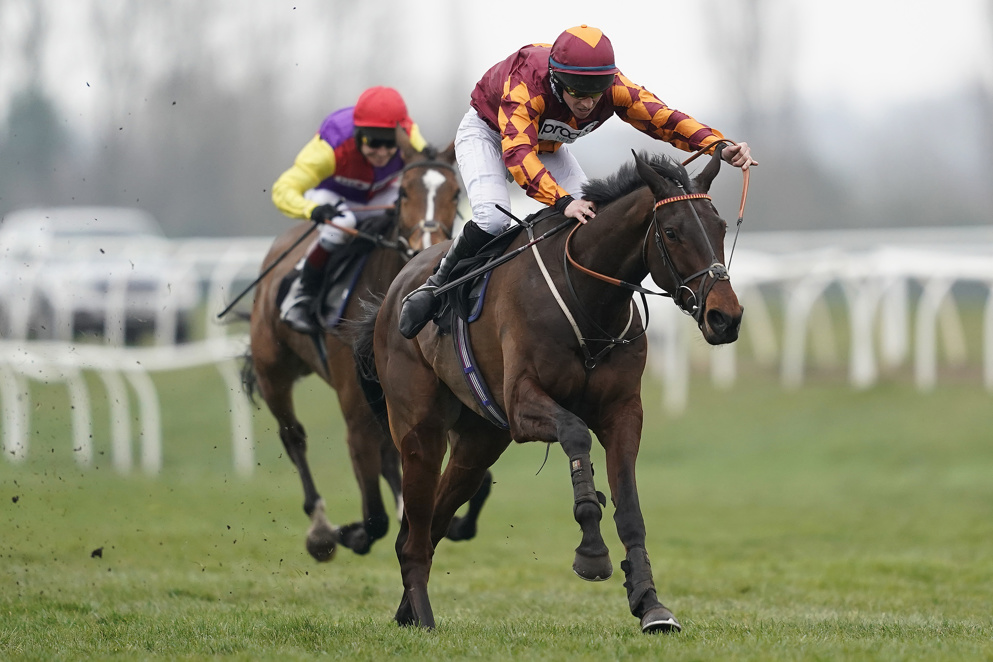 Challow Hurdle Tips: The Challow headlines an interesting card at Newbury on Tuesday.

The hectic nature of the Christmas racing schedule means that Newbury’s Challow Hurdle tends to move around on a fairly regular basis, though this will be the first time in five years that it isn’t held on a Saturday afternoon.

It will gain the full treatment in terms of being broadcast on ITV Racing, however, and it should serve the purpose of lighting up what would otherwise have been a rather drab Tuesday afternoon of racing on this side of the Irish Sea.

Run over two and a half miles, the Challow generally produces a smart type, and the roll of honour from this century is littered with familiar names, including Denman (2006), Reve de Sivola (2009), Champ (2018) and Thyme Hill (2019).

The respective paths of the two most recent winners suggest that the Challow winner generally has the choice of either the Ballymore or the Albert Bartlett at the Cheltenham Festival, and the unbeaten Star Gate is prominent in the ante-post markets for both races at the time of writing.

The four-year-old was purchased for £140,000 on the back of an impressive point victory in February, and he's made a highly promising start to his career under Rules so far this term, picking up wide-margin wins at Chepstow and Sandown respectively, with the latter coming at Grade 2 level earlier this month.

Admittedly, that Sandown success came in heavy ground against just two rivals, but there was plenty to like about the way he was able to get the job done that day, and he sets a pretty solid standard here on the back of that. There's every chance that this six-runner affair could turn similarly tactical to his last outing, and with that in mind, he looks the way to go for the in-form Evan Williams team - who landed Grade 1 honours with Silver Streak on Boxing Day.

A stunning leap at the last from Star Gate as he dispatches of his two rivals emphatically for @NdeBoinville & @EWilliamsRacing at @Sandownpark https://t.co/45goe4ZMnu

The favourite at the time of writing is Bravemansgame, who represents a Paul Nicholls team that hasn't won this since striking with the great Denman 14 years ago. A year older than Star Gate as a five-year-old, he's improved on each of his three starts to date over timber, winning two of those, including over course and distance at the end of last month. The form he's shown so far looks strong, though it's worth noting that his trainer has shown concern about the ground getting too testing, and he may not be seen to best effect in a tactical affair in soft conditions.

Two more five-year-olds in the field are Does He Know and Wilde About Oscar. Like Star Gate, the first-named is also unbeaten over timber, and he also has a Grade 2 victory to boot, having won the Hyde Novices' Hurdle in good style at Cheltenham last month. He's clearly going the right way, but that Grade 2 contest didn't look particularly strong for the level, and he will likely need more here for all that he's open to improvement yet.

Wilde About Oscar is also unbeaten over timber, recording back-to-back wins at Uttoxeter and Aintree so far, winning at the latter by some 16 lengths at the beginning of last month. He's worthy of his place here, particularly when you note that he held his own at listed level in bumpers last season, though this is a significant step up in class and others make more appeal.

The field is completed by two six-year-olds, Enfant Roi and The Glancing Queen. The first-named is by far the most experienced runner here, with four wins over fences in France under his belt, but this is a particularly tough ask on British debut after being claimed for £20,000 at the end of last month.

Meanwhile, The Glancing Queen was a smart bumper performer, winning a Grade 2 mares' event at Aintree in April 2019, and she holds the rather unusual distinction of having run in two different renewals of the Champion Bumper, finishing fifth in 2019 and eighth in March.

She made an impressive winning debut in a minor event at Warwick last month and is entitled to build on that here, though she will need plenty more, and with that in mind it looks worth siding with Star Gate - who sets a solid standard for the level.