Champion Chase Tips: Seuil can serve up success for McManus 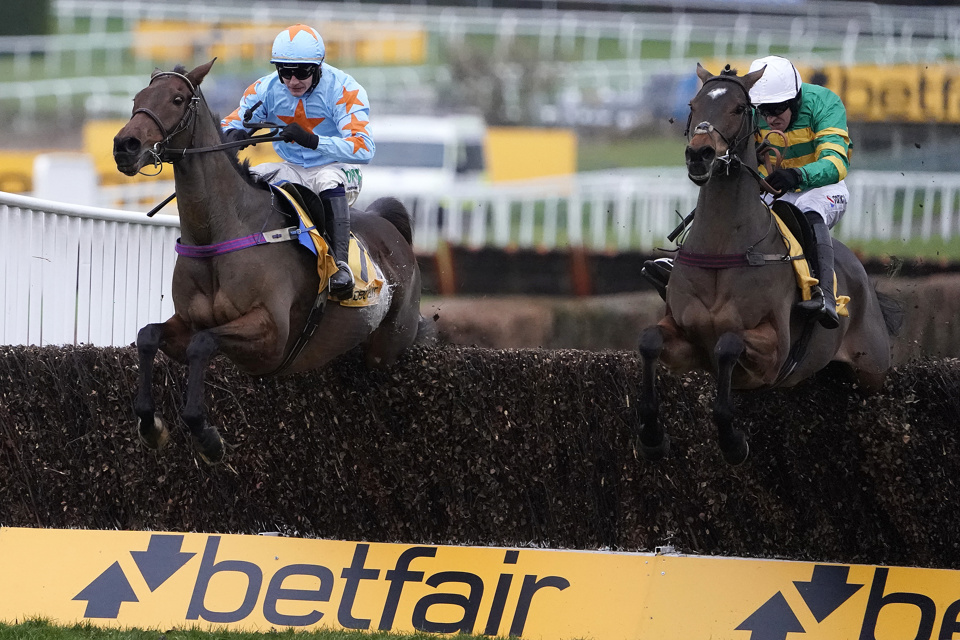 Following the release of entries for this year’s Queen Mother Champion Chase, Alex Stearn has taken a look at the line-up and picked out his best ante-post bet at this stage…

This year’s Queen Mother Champion Chase - the feature race on day two of the Festival - has attracted a total of 31 entires, though it’s worth noting that 18 have also opted to give themselves the option of the Ryanair Chase over two and a half miles.

A deciding factor for several may be whether Altior will take his chance in his quest for a record-equalling third straight victory in this race. His only public appearance this campaign saw him beaten by Cyrname when attempting to go further than two and a quarter miles for the first time. He’s never been too far away from the public eye since, with connections having to miss three subsequent engagements, the latest of which was subject to much speculation. The drop back to the minimum trip here will suit him much better in my opinion, and he would have a good chance of getting firmly back on track now connections have stopped messing around with his trip - with this his only Cheltenham option.

Willie Mullins is mob-handed at this stage, his seven entries account for over half the possible Irish challenge. Of his battalion, the old hands Un De Sceaux, Min and Douvan have shown no signs of slowing down and intriguingly, unlike the other two, Douvan only holds an entry in this contest. Rich Ricci must be keen to keep him and Min apart, and despite Douvan winning over two and a half miles on stamina-sapping ground on his reappearance, he has more speed in his locker to cope with the test that this race presents.

Henry De Bromhead’s hand was drastically strengthened when A Plus Tard lowered the colours of another Mullins inmate, Chacun Pour Soi, over Christmas, and despite what the market suggested, that didn’t look to be a surprise with A Plus Tard running out a comprehensive winner in the end. The Cheveley Park-owned gelding was successful at the Festival last year when turning the Close Brothers Novices’ Chase into a procession, and looks to have improved further over the summer alongside the drop back to two miles, giving him an extremely strong chance.

A Plus Tard floors Chacun Pour Soi after a fantastic battle for the Grade One Paddy's Rewards Chase at @LeopardstownRC.

Congratulations to @HenrydeBromhead and the brilliant Rachael Blackmore! 🏆

Owner J.P. McManus is still searching for his first success in this race, and he might never have a better chance of doing so than this year, with Defi Du Seuil being another to have improved for the drop to this trip during his current campaign. He has course and distance form to his name, too, winning the Shloer Chase in November and has since followed up in the Tingle Creek. That was the deciding factor for Philip Hobbs’ charge in terms of his Festival target, and it would come as a surprise to see him now line up in the Ryanair - despite holding an entry in that contest as well.

Of the rest that warrant a mention, Tingle Creek third Waiting Patiently could well take a hand but would need to improve to turn to tables with Defi Du Seuil, while Veteran chaser Simply Ned is a remarkable horse that needs no introduction. It would warm the hearts of many to see him run well, though admittedly he’s always been slightly vulnerable at this level. Paul Nicholls has multiple entries, with Cyrname a fascinating prospect at two miles given his strong-travelling nature, but be cautious if wanting to side with him ante-post as he does also hold an entry in the Ryanair at the trip his best form is at.

Overall, it is shaping up to be quite the contest, one which is definitely worthy of its prime time spot on the card, and ready preference is for Defi Du Seuil. Many questioned whether he had the speed to cope with two miles after winning the Marsh Novices' Chase (formerly the JLT) at the Festival last year, but he has readily dismissed the doubters in his two performances to date. Altior is an obvious danger at the top of the market, though there have to be concerns about him after a disrupted campaign, while Chacun Pour Soi’s bubble was burst last time out. His conqueror A Plus Tard can’t be discounted, but he’s a new name at this lofty sort of level, and ready preference is for J.P. McManus’ charge, who can pick up a third different success at the Festival.