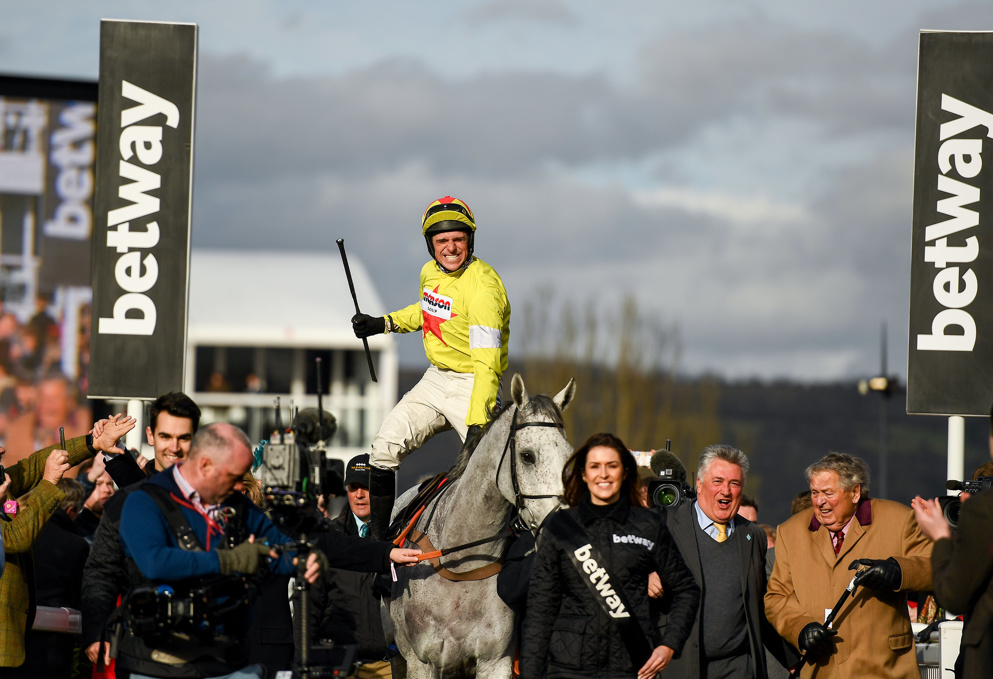 Politologue made the best of his way home under an attacking ride from Harry Skelton.

Politologue produced a fine front-running performance to thwart each of his four rivals to win the Queen Mother Champion Chase.

The nine-year-old has had to wait patiently for his moment in the sun, having long played second fiddle to dual Champion Chaser Altior, but in the absence of that rival he produced a sensational round of jumping from the front, defeating stablemate Dynamite Dollars into second.

It sealed an unlikely 1-2 in the race for trainer Paul Nicholls, and a sixth win overall, with the odds-on favourite Defi Du Seuil disappointing in fourth. An ecstatic Nicholls couldn’t hide his delight at the performances of his two runners, particularly Politologue, and credited it to their carefully-planned preparations.

He said: “That worked out didn’t it! I rang John (Hales) and said that I want to do exactly what we’re doing with Clan Des Obeaux (in Friday's Cheltenham Gold Cup), by taking it one day at a time and getting him there fresh and fit. That was superb.”

"I am pleased because it shows we were right about coming here fresh. I just can't wait for Clan des Obeaux on Friday now. It shows that, when they are very fit and very fresh, they are brilliant.

"I thought Sam (Twiston-Davies) was going to ride him all the way along the line and I feel for Sam because he has ridden some brilliant races but John wanted Harry. I didn't argue - Harry rides out for us - and I feel for Harry Cobden because it was a difficult decision. Dynamite will win plenty of races over a bit further.

"The race fell apart a little bit with a few coming out but it was his race today and he was very good. I am very pleased. I knew we were in the right place and I knew that he wouldn't stop. Harry was doing the right job and he was jumping brilliant from the front. I am thrilled with him.

"I looked in the paddock beforehand and thought he was a stand-out. I got him here fresh and fit and it's just worked out brilliantly."

It sealed a marquee success for jockey Harry Skelton, who was full of praise for Politologue’s handler.

He said: “As a kid you dream of winning those things, and he was great all the way round. His ears were flickering the whole way, and I thought there was always a bit there when I want him to. “Paul said to me that he didn’t perform in the Tingle Creek, but that he was going to wait and come here fresh.

“He’s just the master. You know his horses won’t stop, and he’s trained him for a day. I’m forever grateful for what he’s done for me and Dan (Skelton) throughout our careers. I spent a long nine years there grafting away, and every single hour and day has been worth it.”