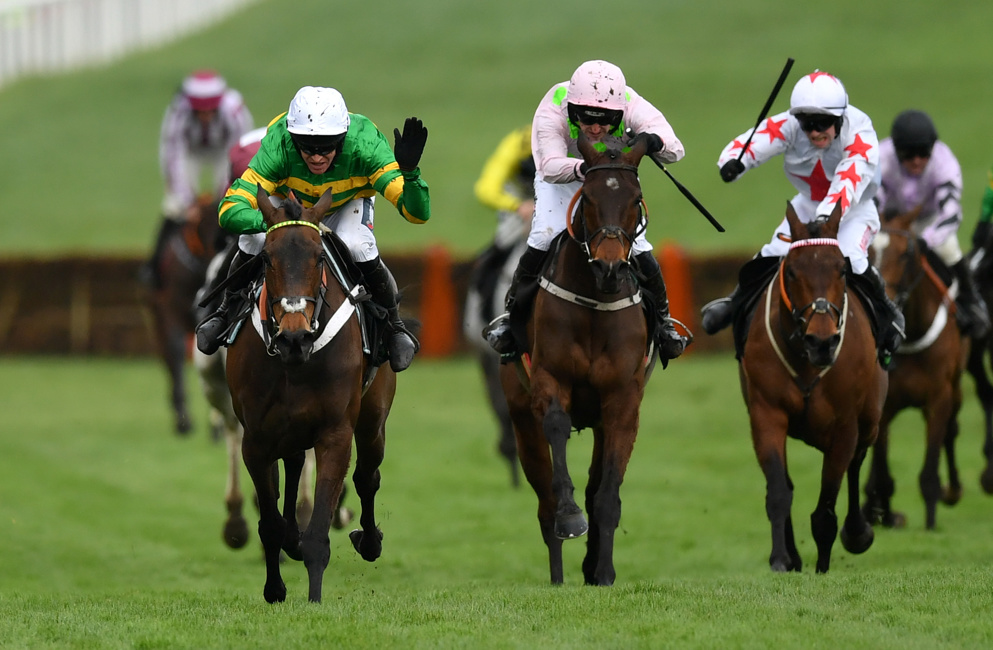 Epatante sealed an eighth win in the Champion Hurdle for trainer Nicky Henderson.

Epatante justified favouritism to win Tuesday’s feature at the Cheltenham Festival, the Grade 1 Unibet Champion Hurdle, to provide trainer Nicky Henderson with his second high-profile winner of the week.

The six-year-old mare had been all the rage in the betting for this after a clear-cut success in the Grade 1 Christmas Hurdle at Kempton in December, and she produced a dominant performance to seal her second top-level success on the bounce, cruising into contention and asserting after the last to clinch an eased-down three-length success.

It sealed an eighth success in the feature for the evergreen Nicky Henderson, who overtook the Irish trainer Willie Mullins in the process to become the winning most Cheltenham Festival trainer in history, with 66 wins.

He said: “She was always travelling and you were always quite pleased with where she was. Barry (Geraghty) gave her a beautiful ride. He always just had it covered and she has the gears.

"I was worried a bit after last year, when she didn't run well in the Mares' Novices’ Hurdle, and she fell to pieces afterwards. She went home to (owner J P McManus's stud) Martinstown - I sent her there looking awful and she came back looking fantastic, a million dollars.”

He added that he was grateful to seal another success in a race which has been particularly kind to him over the years; "It's a nice race, isn't it? It goes back such a long time since the first one, which was I think was 1985 (See You Then), so it's quite a long time.

“She was always travelling and you were always quite pleased with where she was. Barry gave her a beautiful ride. He always just had it covered and she has the gears.”

The victory sealed a 39th Festival success for 40-year-old jockey Barry Geraghty, and it was a performance that he was delighted with. He said: “I thought after riding Chantry House in the first race that the ground would be too slow for her and she would struggle. I was worried about it all week yet every step of the way, she was a dream. We missed one or two just because she was wanting to get on with it and trying to take them on, so I was always trying to keep a lid on her.

"I was a little concerned about the ground and I was hoping and praying all the way through the race that she would keep travelling for me. In fact it was the opposite, and she was taking on hurdles when I was asking her to pop. I needed to cover Darver Star coming down the hill and I was just happy to play her late. She quickened and is just a very smart filly.

"Nicky has done brilliantly with her, as has Sophie Candy, who looks after her. The mare has improved no end since Christmas, but Sophie has waited on her every day. She's in with her 10 days a week!”