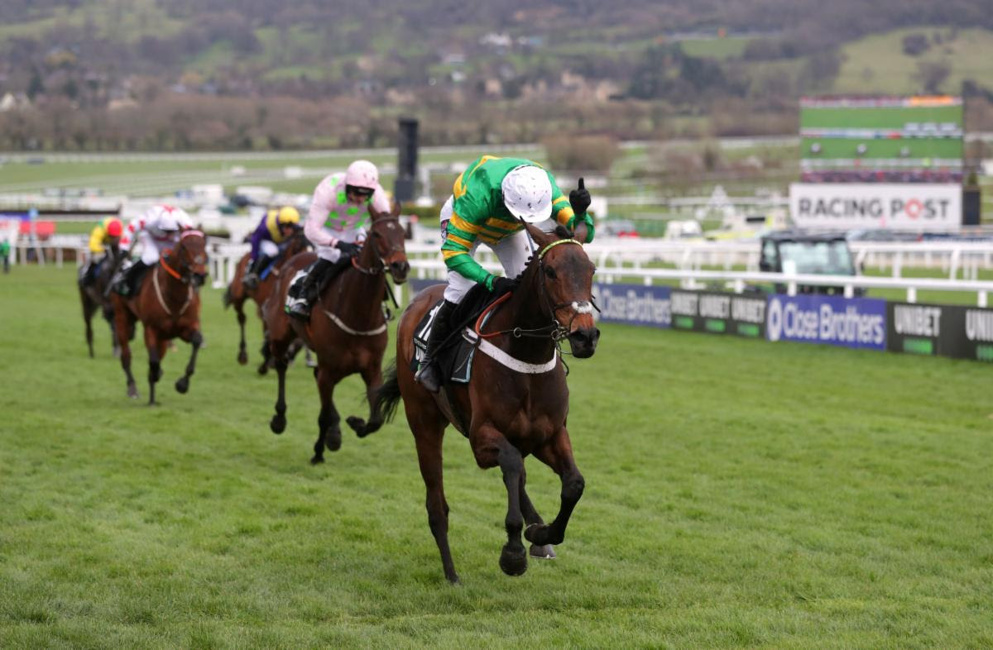 Champion Hurdle Runners Guide: Epatante will look to retain her crown on day one of the Cheltenham Festival.

Steve Chambers profiles all the runners for the opening day showpiece, the Champion Hurdle, with an in-depth Champion Hurdle Runners Guide, which sees the star triumvirate of Epatante, Honeysuckle and Goshen all line up in a thriller...

Second in last year's Supreme Novices' Hurdle, where he was touched off by Arkle favourite Shishkin, Abacadabras showed his class when winning the Grade 1 Morgiana Hurdle at Punchestown in November. However, he was a distant fifth in the Matheson Hurdle at Leopardstown in December, but showed signs of improvement when chasing home Honeysuckle in the Irish Champion Hurdle on his last outing. One to watch.

Runner-up in last season's Triumph Hurdle and kicked off this season with a fine win over Abacadabras in the Grade 2 WKD Hurdle at Down Royal in October. A creditable second behind Sharjah in the Matheson Hurdle shows he's in decent form heading into the race, but will be the second string for the Henry de Bromhead team, whose charge will be spearheaded by Honeysuckle.

Unlucky in last year's Triumph when falling at the final flight when miles clear of his rivals, Gary Moore's Goshen has had an indifferent season ahead of his return to Cheltenham. Some disappointing runs on the Flat were followed by a last placed finish in the International Hurdle in December at Cheltenham. Roared back to form with a runaway 22-length win in the Kingwell Hurdle at Wincanton, and a repeat of that effort would see him go close.

Yet to be seen on British soil, but this Willie Mullins-trained five-year-old has Graded winning form at Auteuil and was last seen finishing second in a Grade 1 event at the same track in November. Is a fascinating contender for the Closutton yard, and the market is worth watching, as support for him could see the punters swoop to take a chance on him landing this prize.

Some decent handicap hurdle form on his CV, but he was pulled up in last year's Champion Hurdle, and looks to have an equally tough task on his hands here. Hughie Morrison's charge lines up in decent form having won an Ascot handicap hurdle in December, but he will need to step up significantly to feature here, and lines up as one of the outsiders.

A lightly-raced seven-year-old, who rocketed into the spotlight when winning the 2019 Morgiana Hurdle. Since then he's only been seen twice on the track, with the Willie Mullins-trained raider finishing sixth of seven in the Matheson Hurdle, while he was last in the Irish Champion Hurdle last month. Talented when at his best, but needs to find his best form if he is to figure.

Hugely consistent Irish raider that chased home Epatante in last year's Champion Hurdle. Another premier challenger for the Willie Mullins yard, Sharjah showed his class when winning the Matheson Hurdle in December, but failed to build on that effort when third behind Honeysuckle and Abacadabras in the Irish Champion Hurdle. Classy performer.

Featured in last two Champion Hurdles (third in 2019, sixth in 2020) and has proven to be a consistent performer in Graded company. Chased home Song For Someone in the International Hurdle at Cheltenham in December, and built on that effort by claiming a shock win over Epatante in the Christmas Hurdle at Kempton on Boxing Day. Yet to taste victory at Prestbury Park (no wins in five visits), but is an eye-catching runner for Evan Williams, who will fancy the grey to go close.

Reigning Champion Hurdle heroine who rocketed to a three-length success last season is bidding to retain her crown. Epatante kicked off her new campaign with a facile win in the Fighting Fifth Hurdle at Newcastle, but suffered a shock defeat to Silver Streak in the Christmas Hurdle at Kempton on Boxing Day. Will need to bounce back from that disappointment, but she is the one to beat if replicating last year's imperious display.

Unbeaten mare (ten wins from ten races) who scorched to a sensational win in the Mares' Hurdle at last season's Cheltenham Festival, and is now looking to land the opening day showpiece. Henry de Bromhead's charge started her season with a narrow win in the Grade 1 Hatton's Grace Hurdle at Fairyhouse, while she built on that effort next time out when bounding to a ten-length victory in the Irish Champion Hurdle. Set to be a major thorn in Epatante's side.