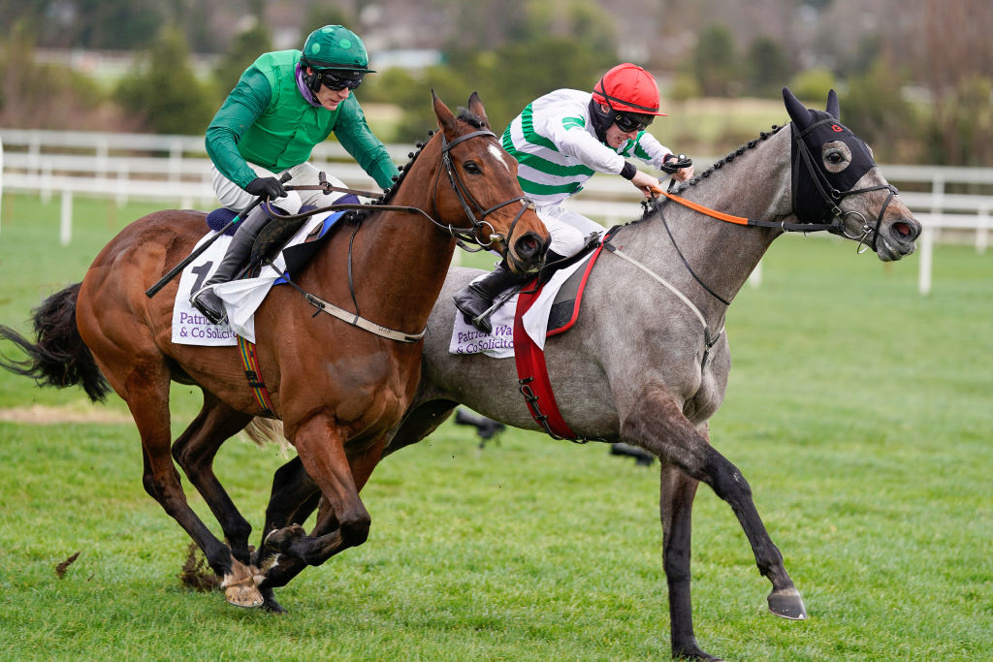 After the Dublin Racing Festival there is always plenty of odds movement for the big races at the Cheltenham Festival, particularly with the winners shortening considerably for their targets. However, it can pay to look past the obvious and see which runners were unfortunate to not get their head in front at Leopardstown. Billy Grimshaw has got three candidates to reverse their Dublin Racing Festival form in March...

With the news that Ferny Hollow will miss out on the two mile contest for Novice chasers, the market for the Arkle Challenge Trophy at Cheltenham was blown wide open prior to the Dublin Racing Festival clash between a few of the new main protagonists. It looked to be a thrilling race beforehand and it proved to be just that, with the favourite Riviere D'etel narrowingly losing out to second favourite Blue Lord for Willie Mullins. In the immediate aftermath Blue Lord was cut into 5/2 favourite across the board for the Arkle on the Tuesday of the Cheltenham Festival, while Riviere D'etel was remarkably eased. Admittedly, there will be a further 2 lbs swing in the weights for the March rematch between the two, but barring her last flight mishap it is hard to believe Riviere D'etel would not have held onto claim victory in this race. All her momentum was stopped after the mishap and her chance seemed totally gone when Blue Lord veered left and blocked her path as they embarked up the run in, forcing Jack Kennedy to switch the mare. However, her rally was hugely encouraging for those willing to keep the faith and if the race were to have been over 100 yards further the mare looked well on her way to getting back up. With a clearer round of jumping at Cheltenham and her battling qualities now proven, she should not be double the price of her weekend conqueror to reverse the placings. The famous Cheltenham hill should suit her judging by her finishing effort at Leopardstown and providing she is.not rerouted the Mares' Chase by trainer Gordon Elliott, she looks well placed to atone for her defeat.

This race looked set to be an informative proving ground for the Albert Bartlett Novices' Hurdle at Cheltenham, with many of the leading contenders for that race lining up at Leopardstown. As it transpired, a battle of the Minella C's was the order of the day, with a masterful Danny Mullins ride helping Minella Cocooner to be an all-the-way winner at a tasty price. Mullins read the race perfectly and got the fractions spot on, but as is so often the case with novice races over longer trips, the eye was drawn to a runner in behind making up heaps of ground and passing beaten horses in behind him. This time it was Minella Crooner. The way that Elliott's runner started to find more for pressure from rider Jack Kennedy screamed that this was a stayer of some potential with a great racing attitude, and with the extra distance and the stiff finish at Cheltenham surely playing into his hands it is clear why bookmakers have taken him seriously and have him ahead of the Willie Mullins trained winner in the Albert Bartlett ante-post market. When looking at the market after this race, many were seemingly not too impressed with this contest as a piece of form, with favourite Ginto shortening in the market slightly. He will undoubtedly be Elliott's leading hope in this race and indeed in the novice hurdling ranks, however Minella Crooner should not be underestimated and has ti within his capabilities to reverse form and gain revenge on Minella Cocooner for the Leopardstown loss.

A horse who needs no introduction is last year's Gold Cup hero Minella Indo, and after this performance at Leopardstown he looks primed to defend his title. His season up until this point has been seriously underwhelming, with poor performances at Punchestown on his reappearance and then in the King George at Kempton leaving his connections nonplussed. However, Minella Indo has always been a spring horse and it seems he is coming back to his old self at just the right time judging by this effort.

While he did not have the necessary speed to overhaul front runner Conflated. who put in the performance of his life, Henry De Bromhead and the team will have been thrilled by the zest which seemed to be back in his jumping and the strong staying performance he produced to keep eating up Conflated's advantage to the line. We know from his Albert Bartlett win, his RSA second and of course his Gold Cup triumph that Cheltenham is a track that plays to his strengths perfectly and with another few weeks of training to get him primed it is hard to see the defending champion not involved in the shake-up once more now he has proved the fire still burns strongly. He will potentially be missing last year's pilot Jack Kennedy, but Robbie Power proved he could get.a tune out of Minella Indo here so if he were to take the ride in the Blue Ribband then that would hold no fears for Minella Indo backers.