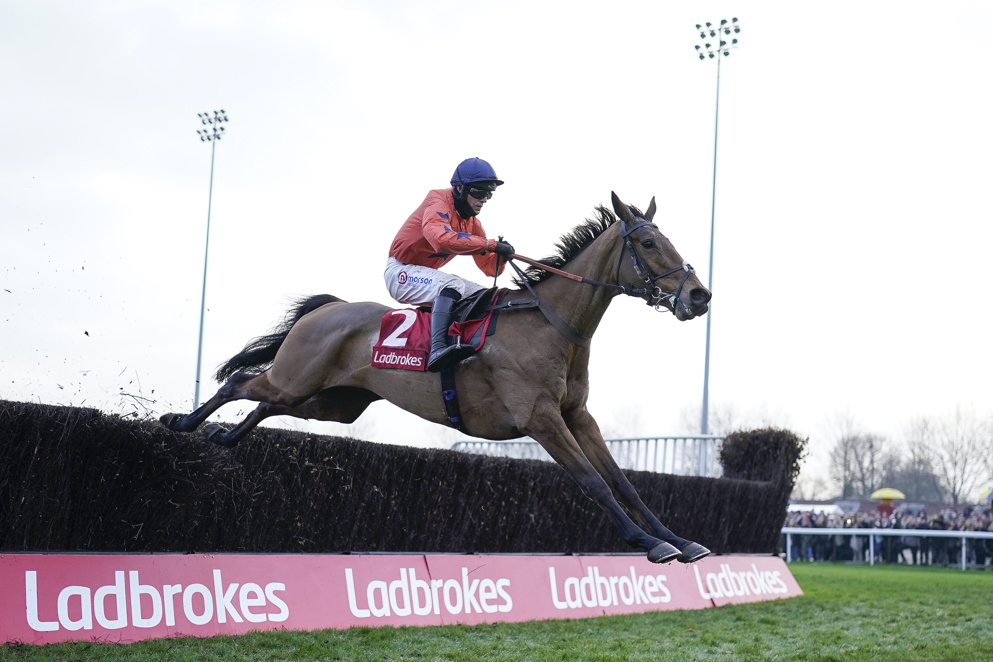 Second favourite for the Brown Advisory Novices' Chase, Bravemansgame will warm up for the Grade 1 contest at next month's Cheltenham Festival by taking in a Newbury novices' handicap chase on Saturday afternoon...

A best-priced 7/2 shot for the Brown Advisory on March 16, the Paul Nicholls-trained Bravemansgame will look to maintain his unbeaten record over fences when he takes on five rivals in the Betfair Cheltenham Roarcast Novices' Limited Handicap Chase at 13:15 on Saturday. Having seen 11/10 Brown Advisory favourite Galopin Des Champs produce a scintillating display at Leopardstown's Dublin Racing Festival last weekend, the Ditcheat raider will look to cement his place as one of the top staying novice chasers in training, and he will likely be a warm order for the weekend assignment.

Rated at a whopping mark of 159, Bravemansgame will have to give considerable weight away to his rivals with only Grumpy Charley and Pats Fancy being in the handicap, and the latter of that duo in particular has shaped with real promise over the larger obstacles, and will be using Saturday's contest as a springboard to the National Hunt Chase at Cheltenham - a race he's 20/1 for.

Last seen downing recent Towton Novices' Chase winner Ahoy Senor in the Kauto Star Novices' Chase at Kempton Park on Boxing Day, Bravemansgame has continued to go from strength to strength over fences, and the Nicholls team have opted to send him into a handicap, as there were few options left ahead of Cheltenham.

He had been entered in the Denman Chase on the same card, but with Clan Des Obeaux flying the Ditcheat flag then Bravemansgame will take his chance in the opening contest of Newbury's Super Saturday card, and a dominant victory would see him arguably move closer to Galopin Des Champs in the Brown Advisory ante-post betting.