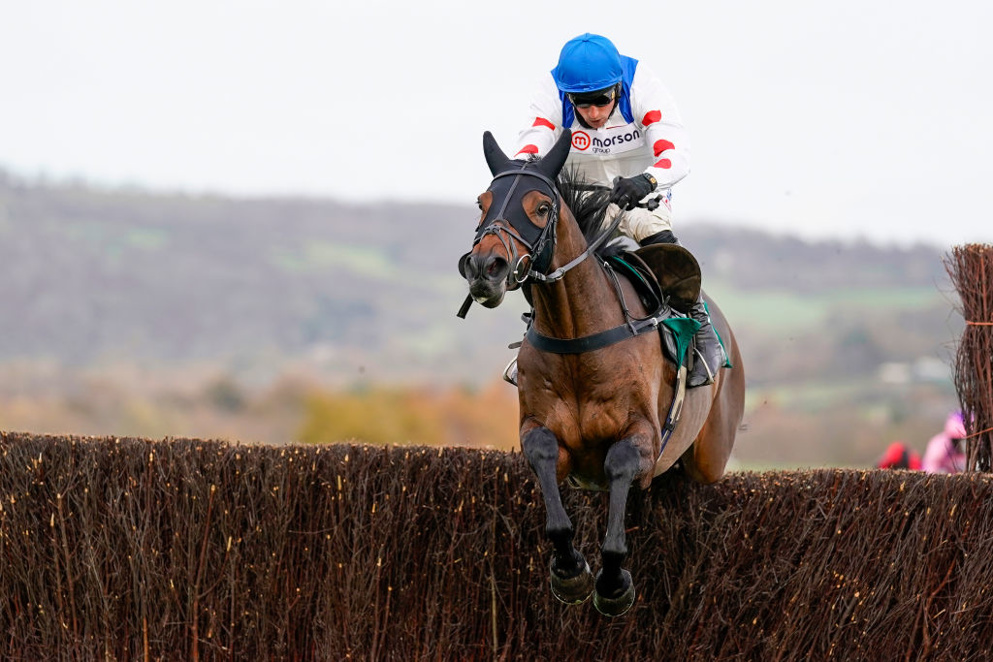 Protektorat is a leading British-trained runner in the Gold Cup

Our top tipster Ed Quigley is back to provide his thoughts on the hotly-anticipated 2022 Cheltenham Gold Cup, and he picks out his 1-2-3 for the showpiece event on the final day of the Cheltenham Festival...

A Plus Tard is a class act, we all know that, but this will be a real examination of his credentials as the petrol tank will become tested over the relentless pace at the Gold Cup trip. Rachael Blackmore will try and smuggle last year's runner-up into contention, and his class should see him right in the mix. Whether he wants the hard yards or not will be open to debate. Galvin must have major claims; he loves the track, stays all day and has been in cracking form this season. The worry would be that his best form has come on a sound surface, but other than that, he ticking all the right boxes you would want in a Cheltenham Gold Cup winner.

Last year's winner Minella Indo is hard to weigh up; he has had a fairly lacklustre season, but we know he comes alive at Prestbury Park. As his trainer says; "This fella grows another leg when he gets to Cheltenham!" There were more signs of his old spark at Leopardstown last time out but I do just wonder if last year's Gold Cup has left his mark.

Father time is against Al Boum Photo, but the two-time Gold Cup winner will handle conditions, and arriving after a typical light campaign, he could easily be playing a part in this with cheekpieces going on for the first time and Paul Townend on board.

I think Friday could be a big day for the Dan Skelton team, and PROTEKTORAT can run a big race in the Gold Cup. The unexposed seven-year-old pulverized the opposition at Aintree back in December, and although the form in the strictest sense is questionable, he did it so effortlessly that he gives the impression there is so much more to come, and slow ground should hold no fears. In my mind it looked as though he improved for soft ground and an examination of stamina last time out, for all that the race did fall apart somewhat. I think he is right in the mix here with far less miles on the clock than others and can deliver a huge performance.

Of the remainder, it is hard to head-over-heels for the claims of Chantry House, whereas King George winner Tornado Flyer is an each-way player, and Royale Pagaille - representing the red-hot Venetia Williams stable should have the ground to suit. All in all it is an absolute belter - enjoy!