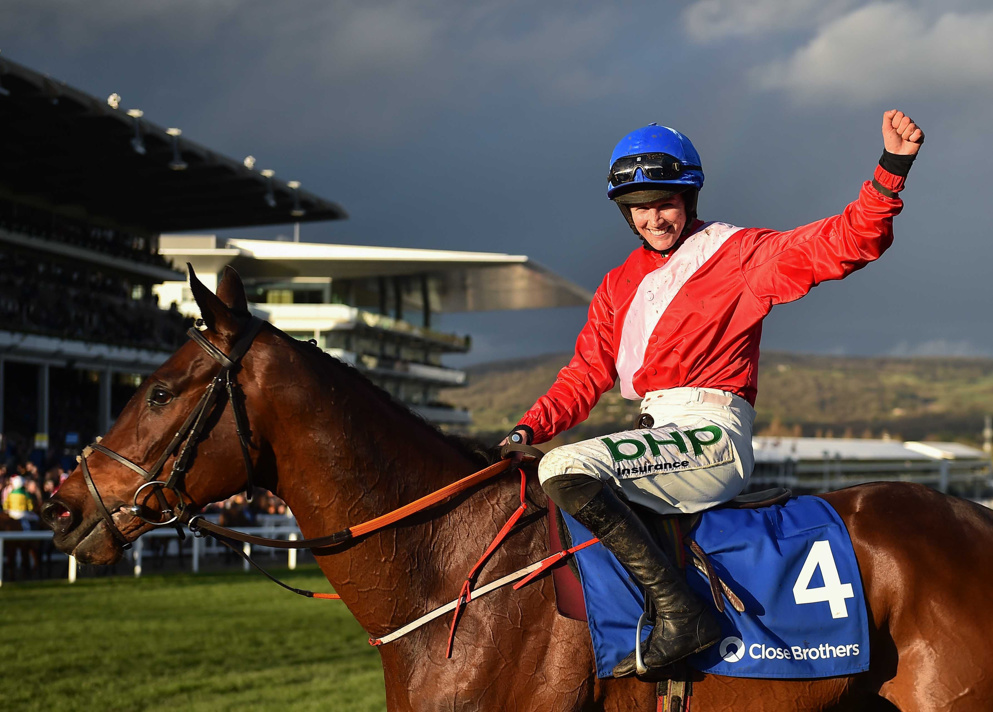 Ed Quigley gives his Cheltenham Gold Cup tip in a race that will see a top quality field go to post for the blue riband event at the Cheltenham Festival...

It is of course the big one, the Cheltenham Gold Cup, and this is where AL BOUM PHOTO will attempt to cement his name in the history books as he goes in search of his third win in the race. He has every chance on the form book, but the only problem for a punter would be, to use the boxing analogy, does he become old overnight? We have such limited evidence of seeing him on the racecourse, that it is hard to gauge any signs of decline. He could be the same horse but at his default odds he makes little appeal from a betting perspective.

CHAMP has had an unusual preparation, there is no denying that, and has been the 'marmite' horse in the build up to this contest. A winner of last season's Brown Advisory Novices' Chase, in one of the most incredible finishes ever witnessed at the Cheltenham Festival, he will be sure to have his supporters once again. His prep run for this by finishing runner-up to Sceau Royal over 2m at Newbury raised a few eyebrows, but it looked as though it did his jumping the world and he was much sharper in that aspect of his game. There is still that nagging doubt that he could belt one at the wrong time and that is that; in truth I am rather ambivalent on his claims but my overriding feeling is that he is too short at his current odds.

ROYALE PAGAILLE is the joker in the pack, and connections have to be applauded for having a crack at this, but with all his form coming on flat tracks and soft ground, I personally find it hard to be overly enthusiastic about him at his current price. along with NATIVE RIVER, who rolled back the years to win at Sandown last time out, but with drying ground going against him, head has to rule heart, and at the age of 11, the 2018 winner looks to be up against it.

FRODON may try to go from the front in a pace-dual, and actually think with ground conditions as they are forecast to be, Bryony may well be able to set fractions that Native River and possibly SANTINI can't keep up with; there is also the danger of course that they could all take each other on, and in turn diminish their chances. There is every possibility that Santini has gone sour on what we have seen of him this season, but the visor goes on for the first time and if he can repeat the run of last year's Gold Cup when narrowly touched off by Al Boum Photo then clearly he is a major player.

A case can be made for LOSTINTRANSLATION at 33/1 given his run 12 months ago and the fact the Colin Tizzard runners are finally starting to find some form, but this fragile beast is starting to have more off-days than good days so it is a concern.

I think it may pay to concentrate on the Henry De Bromhead pair of A PLUS TARD and MINELLA INDO. The latter has a good Cheltenham record, and is probably slightly overpriced now as a result of some below-par jumping on his last couple of starts. Jack Kennedy comes in for the ride and he looks an each-way player back at a track which has brought out the best in him. However, my preference would be for A PLUS TARD who is a previous Cheltenham Festival winner and oozed class when stepping up to 3m for the first time when landing the Savills Chase at Leopardstown in December. That was a class performance and arriving here a fresh horse should have done him the world of good given that some of his rivals have had hard races on bad ground since. Rachael Blackmore takes the ride and I am keen on the chances of the seven-year-old to notch the biggest prize of them all.