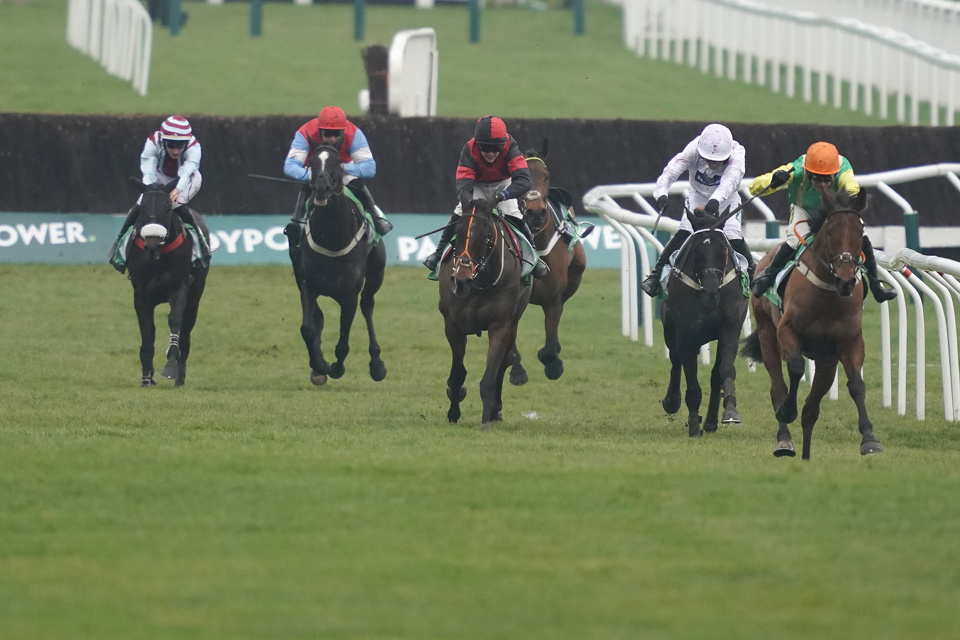 There's an excellent seven-race card taking place at Cheltenham on Saturday afternoon, as day two of the Showcase Meeting takes centre stage, and we pick out four bets for the action at Prestbury Park...

Paul Nicholls won back-to-back runnings of this race back in 2015 (Old Guard) and 2016 (Cliffs Of Dover) and the Ditcheat handler stands a great chance of landing the prize once again on Saturday afternoon. The competitive handicap hurdle kicks off the racing at Prestbury Park on Saturday, and Nicholls will unleash the exciting SAMARRIVE, who lines up on the back of an impressive British debut, and he's capable of significantly more over timber this season.

The French recruit eased to a facile 13-length victory at Kempton back in April, and will now make his handicap debut off an eye-catching mark of 132. This will be a lot tougher than that novice event at Kempton, but he's sure to improve significantly over the coming months, and while he's a relatively short price for this event, he looks the most likely winner in a renewal that lacks significant strength in depth.

Fergal O'Brien's hat-trick-seeking Samba Dancer is another contender that could be ahead of the handicapper, but he has to contend with a 6lb rise for a win last time out, so will have a tougher task on his plate, and he may just falter against the Nicholls charge.

Former Ladbrokes Trophy hero Cloth Cap failed to land any sort of blow when sent off favourite for the Grand National, but the Jonjo O'Neill-trained raider will look to bounce back to winning ways on Saturday and he will have the burden of top weight in the 14:20 at Cheltenham. The class act of the race, the Jackdaws Castle inmate is a fascinating contender and if on top form will be extremely tough to beat.

Kerry Lee's stable has been in superb form of late and she will saddle Storm Control, who was a fine winner of a competitive Cheltenham event last season, and looks to be another notable challenger at the head of the betting that can land a blow.

In a devilishly difficult betting conundrum, a host of runners will fancy their chances of landing the money, and one that could outrun his price is the Venetia Williams-trained DIDERO VALLIS, who has shown some decent form when at his best, and he could play a prominent role at double-figured odds here. Fifth in the Plate at the 2019 Cheltenham Festival, the Williams charge was pulled up in the Kim Muir last season, but had previously impressed when winning at Catterick, and also at Kelso on his last start. With stamina assured, Didero Vallis is sure to be doing all his best work in the closing stages, and if any more rain were to hit Cheltenham then his chances would be significantly boosted.

Gordon Elliott's Tullybeg has been in terrific form back in Ireland notching up a brace of wins, and the Cullentra House inmate will look to continue his fine form when he heads over to Cheltenham for the 16:05 event on Saturday afternoon. A clear favourite, at the time of writing, Tullybeg will have to defy a 10lb rise for an excellent Gowran Park win three weeks ago, but he still looks open to improvement and has to be the one to beat.

One that could be worth taking him on with is the Rebecca Curtis-trained GEORDIE DES CHAMPS, who struggled to land any sort of blow over fences last time out, but a return to hurdles here should see him in a much better light. Rated in the high 130s in his pomp, Geordie Des Champs has some very smart form in the book - including a fine third in a competitive Grade 3 handicap at Aintree a few seasons ago.

Having gone off the boil, the JP McManus-owned raider bounced back to form with aplomb over the summer, as he racked up a brace of wins over hurdles at Ffos Las. Upped 2lb for his last victory, Geordie Des Champs will line up here off a mark of 130, so if he can unearth his best form then he has to be considered a leading contender, and at double-figured odds, he has to mark excellent each-way value.

Five go to post for the penultimate race on the card at 16:40 and the Kim Bailey-trained Does He Know is likely to be all the rage with the punters following an impressive chasing debut at Chepstow a couple of weeks ago. Beating the exciting Threeunderthrufive and Ask Dillon in that event, Does He Know showed a real zest for his fences, and is likely to improve for the experience. However, he will have to carry a penalty for that victory, and he will have to give a significant 8lbs to the Colin Tizzard-trained Oscar Elite, who makes his chasing debut.

Last seen finishing a superb third in the Grade 1 Sefton Novices' Hurdle at Aintree's Grand National meeting, OSCAR ELITE is sure to blossom for a switch to fences this season, and he could be a notable staying novice chaser to follow over the coming months. Prior to that Aintree run Oscar Elite ran a mighty race at 40/1 in the Albert Bartlett Novices' Hurdle at the Cheltenham Festival, where he finished second to Vanillier, so he has some really top notch novice hurdle form on his CV.

He will have to show a liking for the chasing game, but Tizzard is sure to have his jumping primed and ready to go for this event, and he can duly down Does He Know with aplomb and kick off a potential exciting season on a winning note.