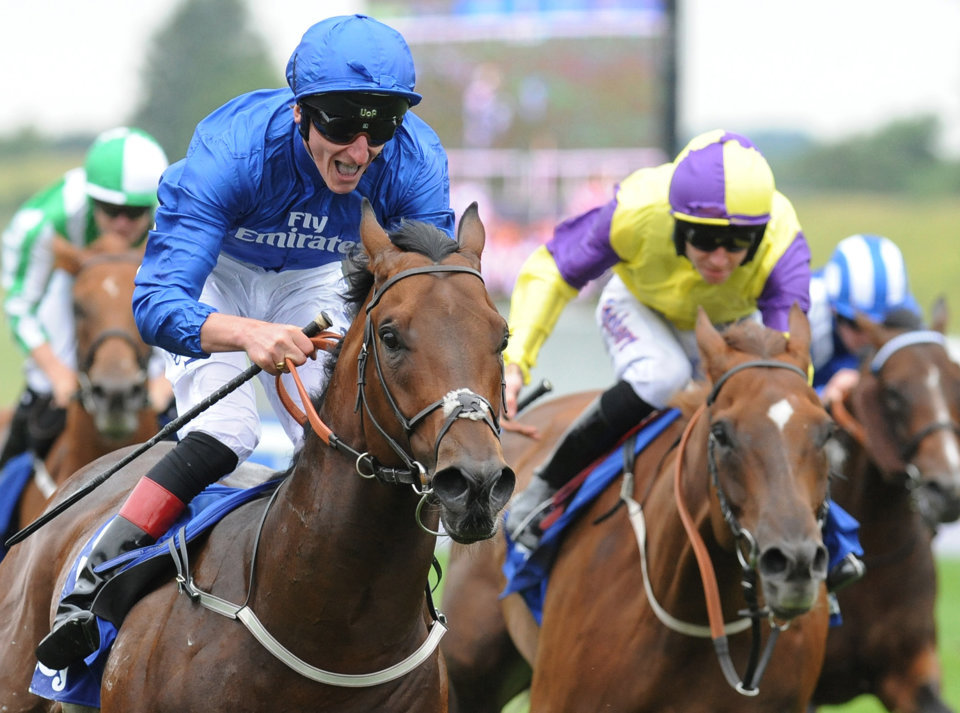 Past winner of the Sprint Cup Harry Angel

Ahead of Saturday’s Group 1 Sprint Cup at Haydock Park, we look back on a classic recent renewal of the race, which saw a scorching success for a three-year-old…

The penultimate leg of the sprint section of the British Champions Series, Haydock’s Sprint Cup is one of the most important six furlong contests of the season, and, like the July Cup at Newmarket before it, offers a chance for the three-year-old generation to come up against their elders on the biggest stage.

The Group 1 contest has proven to be a tricky puzzle to solve for punters of late, and just five favourites have obliged in the race this century, with the most recent being the 2017 winner, Harry Angel.

The 2017 renewal was a strong one in the context of the season, featuring the one-two from the Diamond Jubilee Stakes at Royal Ascot, The Tin Man and Tasleet, as well as the July Cup winner Harry Angel, his Pavilion Stakes-conqueror Blue Point, and Brando - who had sealed his first Group 1 success (and only to date) in the Prix Maurice de Gheest at Deauville the previous month.

The Tin Man had finished a gallant second behind Quiet Reflection in this race the previous year, and having opened his account at the top level by winning the 2016 Champions Sprint the previous October, he’d since doubled his Group 1 tally to two by winning the Diamond Jubilee Stakes at the same track, defeating the improving Tasleet by a neck. However, he'd followed that up with a below-par run behind Harry Angel in the July Cup at Newmarket, bringing into question his powers away from Ascot.

As a result The Tin Man, along with the recent Group 1-winner Brando, were surprisingly weak in the market, which revolved around the three-year-old Harry Angel. After showing plenty of promise as a two-year-old, he put himself firmly on the map with an emphatic success in the Temple Stakes at Haydock in May, a performance which persuaded Godolphin to purchase him.

Harry Angel followed that up by finishing second behind the Aidan O'Brien-trained Caravaggio in the Commonwealth Cup on his next start, but quickly gained revenge on that rival, scorching clear to win the July Cup at Newmarket the following month. It meant that he arrived at Haydock as a strong 2/1 favourite for the Sprint Cup - for all that his participation was a still a doubt in the run-up due to the soft conditions.

In receipt of an age allowance from all but two of his 11 rivals, connections decided to risk it on the soft going with Harry Angel, and it proved to be a masterstroke. The fellow Godolphin-owned horse Blue Point had made the most of Harry Angel’s failure to settle when getting the better of him in the Pavilion Stakes on their respective reappearance runs at Ascot in May, though he, like every other runner in the field, struggled to land a blow behind the emphatic Harry Angel, who travelled strongly into contention, before waltzing clear in the final furlong to record a four and a half length success.

That win announced Harry Angel as a top-notch sprinter, and although he was subsequently sent off as a short-priced favourite the Champions Sprint that October, he was never able to replicate his best form down at Ascot - suffering defeat in all six of his outings there. His only other defeat came in the 2018 Sprint Cup at Haydock, when running out of steam late on, and he would be retired to stud after finishing second in the Champions Sprint the following month.

The form of the 2017 Sprint Cup would prove to be particularly strong, though, with the third-placed The Tin Man returning to win the race 12 months later, while Blue Point would go on to become a four-time Group 1 winner, landing back-to-back renewals of the Diamond Jubilee Stakes at Royal Ascot - both times at the expense of the supremely-talented Battaash.