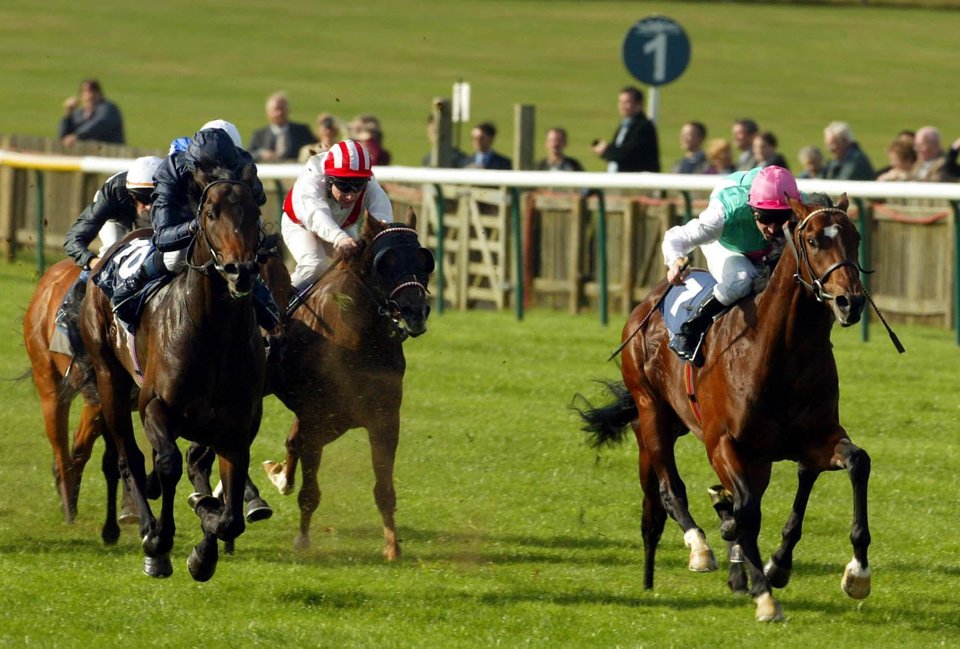 Sean Raymond heads back to 2002 to remember a classic renewal of the Middle Park Stakes, won by a horse who would go on to become a prolific sire...

Racing fans around the world are counting down the hours now until the 2019 Middle Park Stakes, which looks set to have one of its strongest ever fields assembling at Newmarket for a potentially stunning edition of the Group 1 contest.

We will see some of the best two-year-old horses in training head to Newmarket Races looking to enhance their reputations, with the Middle Park often used as a major stepping stone towards bigger and better things the following season.

Over the past decade or two we have seen some high calibre winners emerge from the Middle Park Stakes, with names like Johannesburg (2001), Dream Ahead (2010), Reckless Abandon (2012) and Ten Sovereigns (2018) all going on to achieve lofty targets later in their careers having claimed the win on the Rowley Mile.

There is no doubt that the greatest ever winner of the race was the outstanding Brigadier Gerard, who famously won at Newmarket in 1970 before going on to put together one of the greatest careers in the history of the sport.

It is always difficult picking out just one winner to talk about but, Oasis Dream is one such horse that deserves special mention when it comes to the best winner of the Middle Park Stakes since the turn of the century.

The John Gosden-trained and Khalid Abdullah-owned horse famously won the Group 1 race at Newmarket in 2002 as he ended a stellar two-year-old season in the most exciting of circumstances. A 6/1 shot on the day, it was Jimmy Fortune in the saddle as Oasis Dream held off Tomahawk to claim the victory by over a length.

The front two and Elusive City, who started the 6/4 favourite, were well clear of some Group 2 winners, which ensured the form had a rock solid feel about it at the time.

It was his later exploits though that ensures that Oasis Dream is fondly remembered, and that is despite a slow start to his supposed classic season in 2003. Poor performances at home led to connections deciding to swerve any early season targets meaning that we didn't see the Middle Park Stakes winner until Royal Ascot.

What followed though was an excellent summer period, which saw the famous horse win the July Cup and the Nunthorpe Stakes during a golden period, with the latter coming when a 9/4-on favourite for the five furlong contest on the Knavesmire.

Oasis Dream was retired at the end of 2003, but the success didn't stop there, with the horse becoming a legend of the breeding sheds in the years since.

The Middle Park winner of 2002 has since gone on to sire 27 Group 1 winners at the time of writing, with top-class horses like Midday and Muhaarar just two examples of his success as a stallion. Main Aim and Prohibit are two more horses to have come from Oasis Dream since he retired, with the 19-year-old horse still going strong for his owners at Juddmonte Farms.

The famous ownership have of course owned some of the greatest equine stars to have graced the racecourse, but the greatest tribute we can pay to Oasis Dream is that he belongs in the top ten of that conversation. A horse with lightning speed who achieved multiple Group 1 wins on the racecourse, he has outdone those achievements during his stud career and looks set to continue to make a mark on the sport for many years to come.