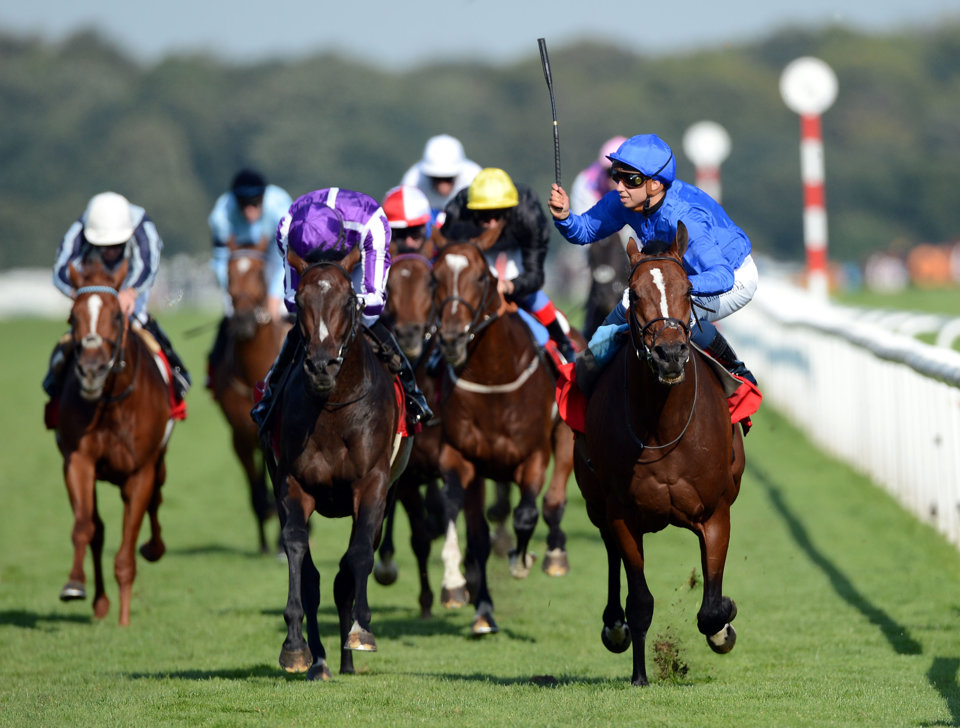 Ahead of the final British classic of the season, we look back on a classic recent renewal of the race, which saw an historic Triple Crown bid fall agonisingly short…

The fact that no horse has successfully completed the British Triple Crown since the great Nijinsky back in 1970 suggests one of two things; either that the feat (along with its American counterpart) remains as one of the toughest in the sport to achieve, or, unlike with its American counterpart, trying to do so has become completely unfashionable.

The answer is most likely somewhere in-between the two, though a tilt at the Triple Crown is more often than not swerved for commercial reasons, considering that breeders generally prefer speed over stamina, and a St Leger winner would generally command a smaller stallion fee than an Epsom Derby winner.

This, combined with the fact that some of the open-aged middle-distance races during the summer offer vast amounts of prize money - such as the Coral-Eclipse at Sandown (£750,000) and the King George VI and Queen Elizabeth II Stakes at Ascot (£1.25 million) - means that other paths have become more attractive to connections, and the St Leger is looking more and more like an old relic.

The decision of the all-powerful Coolmore operation to campaign their top three-year-old Camelot at the 2012 Triple Crown therefore drew plenty of publicity, perhaps in some part due to the fact it meant that he was swerving a potential engagement with another unbeaten colt, a certain four-year-old called Frankel.

Coolmore had held onto Camelot's name for ten years until they felt they had a horse talented enough to merit it, and Camelot had gone a long way to doing so during his three-year-old season to that point, building on a flawless juvenile campaign by winning each of the 2000 Guineas, the Epsom Derby and the Irish Derby at the Curragh.

Camelot's inclusion in the 9-strong St Leger field added some much-needed glamour to the race, and he was a commanding 5/2-on favourite to extend his unbeaten career sequence to six, with his nearest market rivals being Michelangelo, Ursa Major, Main Sequence and Thought Worthy - who were 10/1 co-second favourites of four. Both Main Sequence (second) and Thought Worthy (fourth) had chased home Camelot in the Epsom Derby, though neither were strongly fancied to overturn the form with the odds-on favourite.

Rather curiously, Ballydoyle opted against fielding a pacemaker, and instead it was left to the John Gosden-trained Dartford to set the pace for his more-fancied stablemate Michelangelo - who was taking a considerable step up in class having finished third in a Group 3 contest at Goodwood races on his previous start.

Dartford was only able to set a moderate pace, and the race soon became tactical as he relinquished the lead to Thought Worthy passing the three furlong pole. The group quickly became bunched as a consequence, and Joseph O'Brien opted to take a slightly audacious route up the inside rail.

Camelot could find no way through and was forced to switch two furlongs out, and although he soon found himself in the clear, he had handed first run to the Godolphin-owned Encke, who took the initiative under Mickael Barzalona and burst to the front, quickly taking three lengths out of his rival.

O'Brien set off in pursuit, but the answer to his urgings wasn't immediate from Camelot, and although they closed all the way to the line, Encke was able to spoil the headlines by holding on to cause a 25/1 shock.

The result would gain notoriety the following year in the aftermath of the Mahmood al-Zarooni drugs scandal, when Encke was one of 22 horses at the yard to test positive for steroids the following May. He returned to action in the latter stages of the 2014 season, though the St Leger would prove to be his finest hour on the track.

Meanwhile, Camelot fell short in his bid for redemption in the following month's Prix de l'Arc de Triomphe, and he was retired to stud after a disappointing run in the 2013 Prince of Wales's Stakes at Royal Ascot.