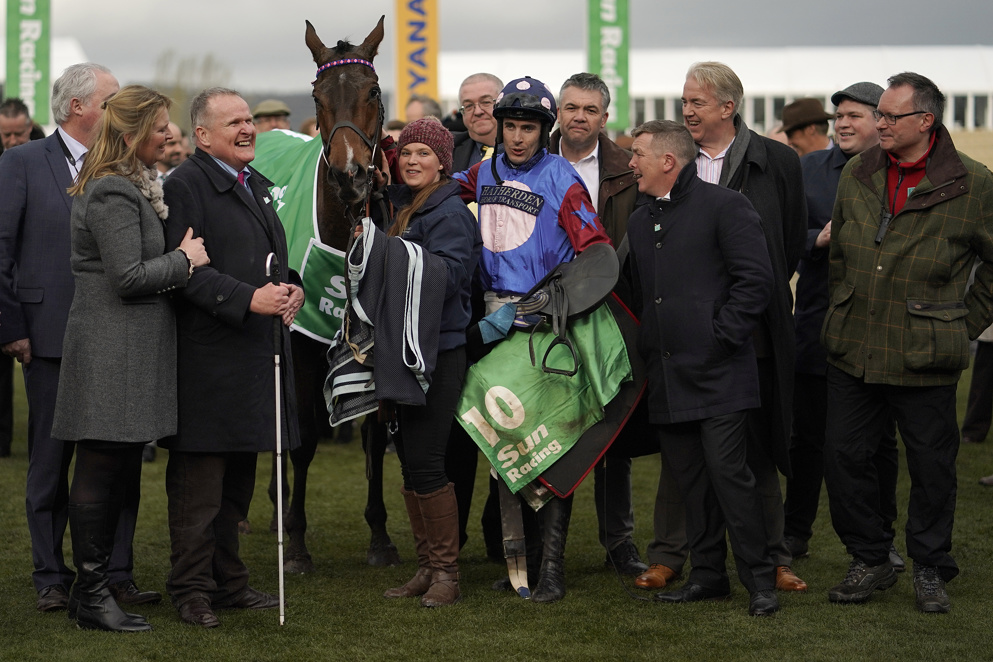 Aidan Coleman has revealed that he is extremely confident about Paisley Park’s chances of retaining his Stayers’ Hurdle crown, after the eight-year-old headed a list of 29 acceptors for the Grade 1 race earlier this week.

Emma Lavelle’s stable star gave Coleman his first top level success when they teamed up to land the 2018 rendition of the Long Walk Hurdle at Ascot, and the Irishman has been thrilled with the eight-year-old’s season to date, also pointing out that skipping the latest renewal of Ascot’s feature staying hurdle contest over Christmas could prove to be a blessing in disguise.

He said: “He’s been super this year, great at Newbury on his comeback run, and then we missed Ascot which was the right decision with the way the ground turned out.”

There was more to come from the eight-year-old on Festival Trials Day, when he teased his rivals momentarily, before sauntering to a comfortable defence of his Cleeve Hurdle crown - a performance which had Coleman purring;

“He was very good in the Cleeve; I was delighted with him. He’s been going through his races really professionally this year and his jumping has been brilliant. I couldn’t be happier with him and he’s in a very good place.” He said enthusiastically.

The star of the staying hurdle division will now head to Prestbury Park as many people’s idea of a banker for the Cheltenham Festival. This could cause sleepless nights and plenty of nerves for many, but Coleman prefers to look on the bright side, suggesting it would be far worse if he had to think about trying to beat him!

He explained: “I have every faith Paisley Park, we’re seven from seven together so we’ll just go out there and do our job. It’s just a horse race at the end of the day and its key to just keep it as simple as possible and touch wood I get there in one piece to get to ride him”

Coleman was also reluctant to speculate on who might be the star stayer’s chief danger, preferring to wait until nearer the time before worrying who Paisley Park may come up against.

“There was 29 left in it the other day and there’s probably a few of them that will head elsewhere, so its hard to say until Tuesday morning and you get a look at the final declarations.” Said the Grade 1-winning rider.

The 31-year-old, whose first Festival success came aboard Kayf Aramis in the 2009 Pertemps Final, has become one of the leading jockeys in the weighing room and is proving to be a safe pair of hands to call upon from a legion of trainers keen to use his services. However, he is unsure what else he may ride at the Festival in three weeks’ time.

Although the main thing on Coleman’s mind is arriving at Cheltenham in one piece and being able to get the leg-up aboard the horse that has put him firmly on the map.

He said: “I don’t know much else I’m likely to be on just yet, but Paisley Park is the one guaranteed ride and he’s not a bad one! So, I feel very fortunate and just hope I get their unscathed!”