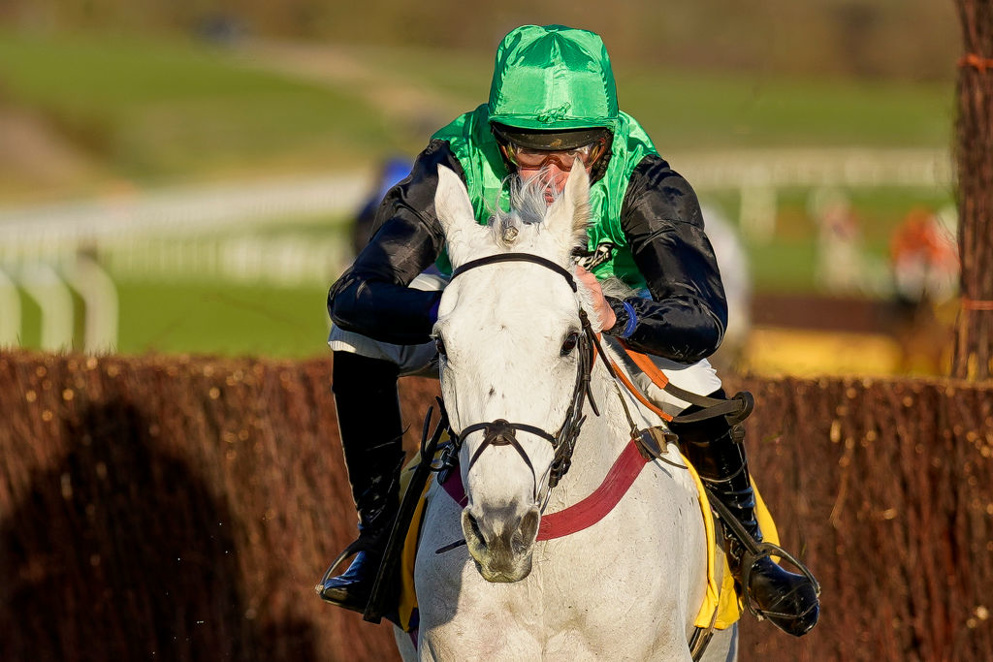 Commodore will run in the 2022 Grand National.

Venetia Williams will saddle the quality jumper Commodore in the 2022 Randox Grand National at Aintree on April 9, and we look at the grey's chances here...

Winless over hurdles, Commodore was always destined for a career over fences, as the scopey, free-jumping grey has often been a sight to behold over fences and he's a horse that could relish the test of a Grand National, when he lines up for it on Saturday afternoon.

Two wins from his opening two chase starts in Britain at Warwick and Sandown saw him launch into the limelight, as he rocketed up the ratings from a mark of 109.to the mid-130s, but his winning run was halted for a significant amount of time, as he struggled to deal with the hike in the handicap.

He was pulled up at Wincanton, so Venetia Williams opted to give him wind surgery, and that appeared to work its magic as he produced a scintillating performance at Cheltenham in December, where he ran his rivals ragged with one of the finest jumping displays you would see around Cheltenham.

Pulling clear of the likes of Mister Fogpatches and Santini in emphatic fashion, Commodore will now attempt to emulate that display when he heads to Merseyside this weekend.

Sure to be prominent from the flag fall, if Charlie Deutsch can get him into a rhythm then he could be a notable each-way contender for what is a hugely competitive renewal of the 2022 Grand National.