Coronation Cup Tips: Japan to down Al Aasy at Epsom on Oaks day 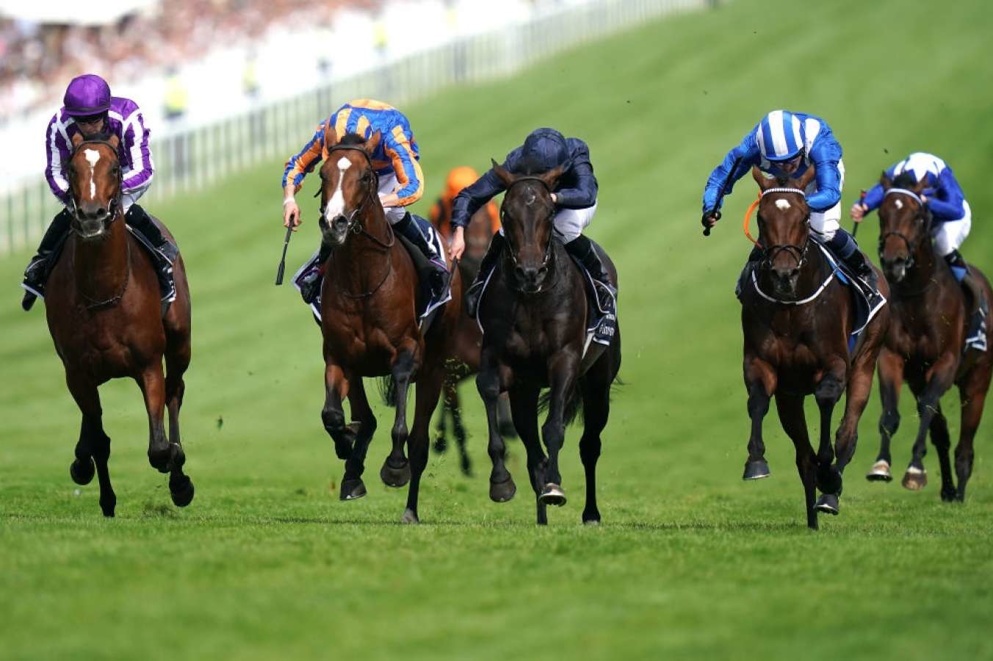 Coronation Cup Tips: A stellar field lines up for the Group 1 event at Epsom on Oaks day.

Steve Chambers previews the Group 1 Coronation Cup, which is run at Epsom on Friday, and he picks out his best bet for the contest...

There's a stellar card taking place on day one of the Derby Festival at Epsom Downs on Friday, and while the showpiece event is the Cazoo Oaks later in the afternoon, punters are treated to a real Group 1 treat at 15:10 as the Coronation Cup is set to serve up a magnificent spectacle.

It will see the hugely progressive William Haggas-trained Al Aasy lock horns with the proven top class talents of the Aidan O'Brien-trained duo of Japan and Mogul, who are bidding for another notable success to add to their glittering CVs.

It's Al Aasy that is set to go off a warm order for this 1m 4f event, as he was last seen cruising to a four-length win in the Group 3 Al Rayyan Stakes at Newbury, and that success followed on from another facile win in the John Porter Stakes at the same venue. A classy performer last season, where he bagged a notable win in the Bahrain Trophy at Newmarket, the son of Sea The Stars has come on leaps and bounds this campaign, but will face his sternest career test on Friday as he lines up in this prestigious event.

Making his first trip to Epsom, Al Aasy will need to continue on an upward curve if he is to dominate this Group 1 event, but if he can maintain his sensational cruising speed then he will certainly lay down a significant marker to his rivals.

There's no doubting that Al Aasy has been one of the most impressive performers to be seen on the track this season, but with not only the question marks of his abilities to handle Epsom, he is facing some proven top class rivals in this event, and while he should be a factor, he's no bet at the current odds-on available, and is worth taking on.

Full brothers Japan and Mogul have shown over the last few years that on their day they are real top-class performers, and if both can perform to their best then they could just have a little too much class for the progressive Al Aasy, who is the unknown quantity in this year's Coronation Cup.

A fine third in the 2019 Derby at Epsom, Japan has the benefit of excellent course form, and during that campaign he tasted Group wins in the King Edward VII Stakes at Royal Ascot, the Grand Prix de Paris at Longchamp and in the Juddmonte International at York, so he has shown to be a real elite performer. However, his four-year-old campaign last season was somewhat of a damp squib as he failed to figure in any of his five outings.

With his best presumably behind him, Japan roared back into the limelight on his seasonal reappearance last month, as he bounded to victory in the Ormonde Stakes at Chester. With the fire still burning bright he will now take a venture back into Group 1 company, and while he will need to improve for that outing on the Roodee he should improve significantly for the run, and if he can produce his best then he looks the value play against the market leader.

Like his sibling, Mogul has also tasted Group 1 glory in the Grand Prix de Paris in France, and the four-year-old will be looking to replicate that Longchamp win here. Not only did he bag that Pattern success last season, but he also won the Group 3 Gordon Stakes at Glorious Goodwood, where in behind him that day he had a certain Al Aasy. But, while Al Aasy has progressed significantly over the last 12 months, Mogul's form has become somewhat stagnant, so it's hard to see Mogul franking the form.

Seventh in the Sheema Classic at Meydan in March, Mogul failed to fire on his last start when sent off favourite for the Prix Ganay at Longchamp. A well beaten third that day, Mogul will need to improve significantly if he is to feature, and while he adds intriguing depth to this event, he lacks the abilities of Japan and will struggle.

There's a chasm in the betting to the final four contenders, but each of that quartet have tasted notable wins during their careers, so can't be discounted. Last year's King Edward VII Stakes and Great Voltigeur Stakes winner Pyledriver landed no sort of blow when well beaten by Serpentine in last year's Derby, so he will be looking to put up more of an effort here, but he was no match for Sir Ron Priestley in his comeback run in the Jockey Club Stakes, so has to improve.

Albaflora was a fine seven length winner of the Listed Buckhounds Stakes at Ascot on her first start this season, but Ralph Beckett's charge relished the testing going that day, and with ground conditions set to be a lot quicker at Epsom then she will find it tough to replicate that success now stepped up in class.

Sir Mark Prescott's dual Listed winner Alpinista was a winner at Goodwood last time out, but this looks a much tougher task for her, while former Royal Ascot handicap winner Highland Chief was another that failed to figure in last year's Derby and looks to be out of his depth in a race that can go the way of Japan.

lost
100/30
2021 Derby Odds
10 Horses to Follow for National Hunt Season: Could some Cheltenham Festival winners emerge from this team?
By Steve Chambers