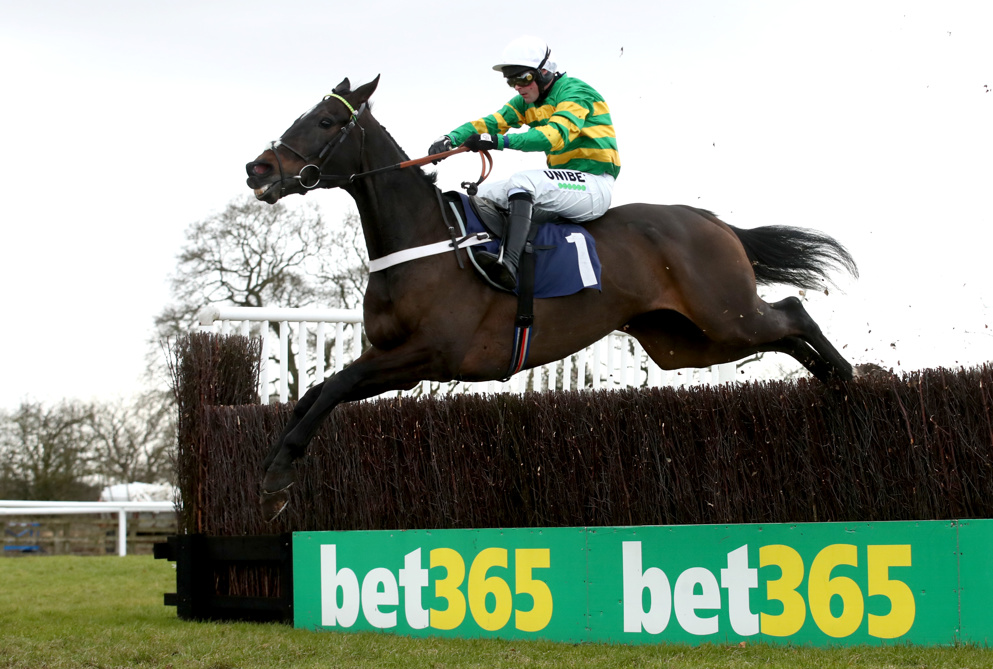 Nicky Henderson's Chantry House features among eight entries received for the Cotswold Chase which takes place at Cheltenham on Saturday during Festival Trials Day. We take a look at the octet entered for the race that could throw up some notable Cheltenham Gold Cup clues...

A fine three-length winner of the Marsh Novices' Chase at the Cheltenham Festival, Chantry House showed his Gold Cup credentials with a comfortable success on his comeback run at Sandown, but he failed to land any sort of blow when pulling up in the King George VI Chase on Boxing Day. Eased to 16/1 for the Cheltenham Gold Cup in the aftermath of that Kempton disappointment, Chantry House will be looking to get back to winning ways and Saturday's Cotswold Chase looks an ideal prep run for a tilt at the Gold Cup in March.

However, he will face some classy opposition in Saturday's event and the hugely exciting novice chaser Ahoy Senor has been entered by Lucinda Russell. A 31-length winner of a Grade 2 novice chase at Newbury earlier in the season, Ahoy Senor was no match for Brown Advisory Novices' Chase second favourite Bravemansgame in the Kauto Star Novices' Chase, but he's a classy jumper on his day and can't be ignored. The Russell team will still have the festival in sights and a possible second crack at Bravemansgame, so he is sure to be fighting fit for the Cotswold this weekend.

Winner of this race back in 2020 while under the stewardship of Nicky Henderson, Santini is set to have another crack at the valuable prize with his new trainer Polly Gundry, and he showed signs of finding some form when running well for a long way before tiring late on against Commodore back in December at Cheltenham. A dour stayer, he's as big as 125/1 for the Gold Cup - a race he was second in earlier in his career- but he will need to go close here to book his place at the festival.

Harriett Graham's Aye Right won the Rehearsal Chase at Newcastle on his last start and he could take his chance at the weekend, while Coole Cody could well have another spin around Cheltenham - a track he won the Racing Post Gold Cup at earlier in the season. A top notch handicap chaser, Coole Cody also holds an entry in the Cleeve Hurdle, but if he lines up here then he could well set the pace for his rivals.

Completing the line-up are former Cheltenham Festival winner Simply The Betts, who chased home Vienna Court on New Year's Day and is a regular fixture at Cheltenham meetings, while Kauto Riko and Ex Patriot complete the octet for what should be an intriguing renewal.