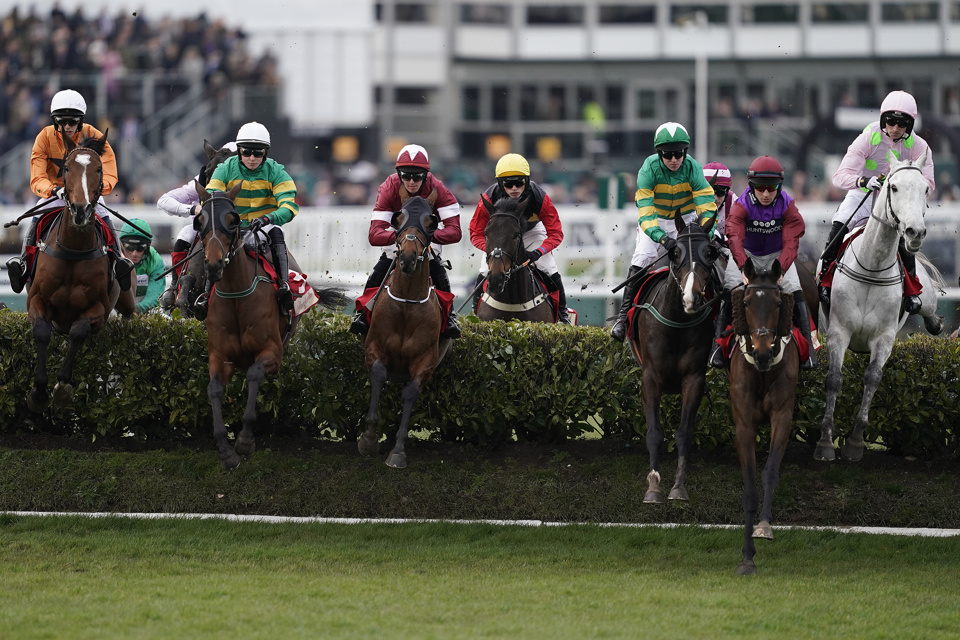 The Cross Country Handicap Chase is shaping up to be an excellent contest on Friday afternoon.

The first day of the International Meeting at Cheltenham kicks off on Friday afternoon, and thousands of punters are set to descend on the Mecca of Jumps racing.

The pre-Christmas fixture is always a popular one both on and off track, and there are some excellent horses engaged for the first day of the fixture. The Glenfarclas Cross Country Handicap Chase is not to everyone's cup of tea with the twists and turns of the race not for the traditionalist, but the race has become a mainstay at the Gloucestershire venue in recent years and we have an interesting field engaged.

The ultimate goal for these runners will be in the Cross Country Chase at The Cheltenham Festival itself in March, but this is an important stop on that road as we get to sit back and enjoy a mixture of old favourites and new names.

Unlike the Festival race, this is a handicap contest - which adds a different dimension, and there is a particularly interesting name at the top of the list.

Yanworth was good enough to start as favourite for a Champion Hurdle back in 2017 when in the care of Alan King, but following a remarkable loss of form, he's now with Enda Bolger in Ireland and dipping his toes in the Cross Country waters.

The Grade 1-winning hurdler finds himself in the care of a trainer with an extraordinary record in these types of races, and he was impressive on his first try over the unique obstacles at Punchestown last month, though he has top weight to contend with here and there are doubts about his stomach for a fight, too, which puts off this writer for the time being.

Also in the green and gold colours of J.P. McManus colours is the fantastic Josies Orders, who has been mixing it in this company for years now and remains a major player. The 11-year-old is without a win in his last four, but he chased Tiger Roll home in second in the Cross Country at the Festival last season and is a multiple winner over course and distance at Prestbury Park.

It would be a huge shock if Josies Orders was out of the frame on Friday given his experience, but he might be vulnerable to an improver, both off his current mark of 147 and given his advancing years.

A good performance from the classy stayer for Enda Bolger @punchestownrace https://t.co/Gafe7yR9bS

Punters looking to oppose the top two in the weights have a number of interesting options, including the French raider, Easysland.

The five-year-old is the latest in a line of horses to head across the Channel for a crack at the cheese wedges, and he looks more than capable of a strong showing. Any rain will help a horse who has won his last four races in good style for impressive connections, and although we know it is hard to equate the form with the British and Irish rivals, we do know that Easysland will jump and stay on his first visit to Prestbury Park.

Any Edna Bolger-trained horse taking on this unusual test is to be respected, so Blue Templar will attract some money, while Ballyboker Bridge is another experienced animal who has shown up well over course and distance in the past for Peter Maher.

The one of interest this week is Neverushacon, who makes the trip over for Gold Cup winning trainer Jessica Harrington. The eight-year-old ran a lovely race when less than two lengths behind Yanworth over the banks last month in Ireland, and he rematches the top weight here on much more favourable terms.

The dual-purpose horse is extremely versatile, but clearly took to the unique test on offer at Punchestown and there is no reason to believe why he can't take another step forward this week on his first visit to Gloucestershire. The eight-year-old remains relatively unexposed in this company and could still improve again which is another vote for a horse who could easily end up as one of the Cheltenham Runners in March if, as expected he performs with credit here.

A competitive race is clearly expected as the contenders make their way round the centre of the track this week, but at a double-figured price it is Neverushacon who is fancied to outperform his odds for each-way players.