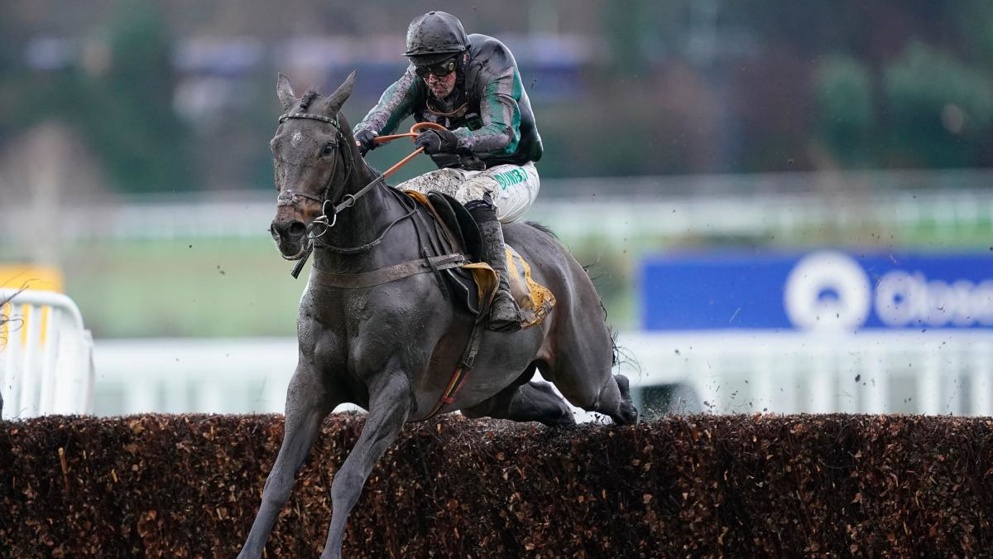 Steve Chambers previews the Grade 2 Desert Orchid Chase, which will take place at Kempton on Sunday and it's a race that will see the return of star chaser Altior, who will be a warm order for the prize...

Nicky Henderson has spoken of his will to let Altior take his place in Sunday's Desert Orchid Chase and has no concerns over Kempton Park's ground conditions ahead of the superstar's return to the track this weekend. The Seven Barrows handler controversially withdrew the multiple Cheltenham Festival winner from the Tingle Creek Chase on the eve of the race due to the soft going, but Henderson is adamant that the ten-year-old will make his reappearance in a race he won emphatically two years ago.

Set to go off an odds-on favourite for the Grade 2 event, Altior's task has been made a lot easier with the news that Irish-trained runners won't be able to make the trip over to the UK this month. Henry De Bromhead's classy Arkle Challenge Trophy heroine Put The Kettle On was expected to take her chance and has looked an exciting chaser over the last 18 months, but her absence will certainly aid Altior's chances of claiming a 15th Graded chase win.

The dominant force in the two-mile division over the last few seasons, Altior's sole chase defeat came over 2m 5f against Cyrname at Ascot last season, but a return to two miles on Sunday should see Altior in his best light and having won on his four previous visits to Kempton Park then it's hard to look past the veteran performer.

Last lining up in this race in 2018, Altior produced one of his most dominant performances on the track, as he eased to an 18-length success over Diego Du Charmil, when sent off at the prohibitive odds of 1/8. Jumping smoothly throughout the event in good to soft going, Altior was not forced to get out of second gear as he beat the likes of Diego Du Charmil and Special Tiara in a facile victory.

The dual Queen Mother Champion Chase winner was last seen winning the Game Spirit Chase at Newbury in February, but Henderson was unable to unleash him at a fifth Cheltenham Festival in a row, and his quest for a third Champion Chase title on the spin was disappointingly halted after he was found to be lame.

The two-mile chasing division has a fascinating look to it this season with the WIllie Mullins-trained Chacun Pour Soi currently heading the 2021 Champion Chase betting, but a win for Altior this weekend will surely see his price shorten for the two-mile Championship prize, and the current 7/1 about him claiming a third Champion Chase crown will be long gone, should he perform to a high level in the Desert Orchid.

Altior is starting to head into the twilight of his career, but the ten-year-old has still shown a magnificent zest for the chasing game, and providing he can turn up and produce a high level of performance then he should have no such problems dispatching a field that look significantly inferior to him, and some punters will enjoy getting stuck into the odds-on about him claim a second Desert Orchid crown on the second day of Kempton Park's Christmas bonanza.

Paul Nicholls won this event in 2017 with subsequent Champion Chase hero Politologue and the Ditcheat handler is set to saddle Duc Des Genievres, who heads into the event with a benefit of a run after he chased home the aforementioned Put The Kettle On in the Shloer Chase at Cheltenham in November. A really smart novice chaser while under the stewardship of Willie Mullins, 2019 Arkle winner Duc Des Genievres went off the boil following that Cheltenham Festival success, and ended last season finishing fifth in the Ryanair Chase.

A summer switch to Ditcheat may be the catalyst for a turn of fortunes in Duc Des Genievres' career and he showed signs of his former self when putting up a bold effort in defeat against Put The Kettle On, as he was just headed in the closing stages of that Grade 2 event. It will be the seven-year-old's second outing in the Desert Orchid Chase, but he was unable to get his head in front in last year's event as he finished second to Bun Doran. Sunday's task of trying to down Altior will be a lot tougher, so while he will strip fitter for his second placed finish in the Shloer, the front-running Duc Des Genievres will lack the class to lay a glove on Altior, and can be ignored.

Three visits to @CheltenhamRaces, and three victories for Put The Kettle On who stays on strongly to defeat Duc Des Genievres in the Shloer Chase 🙌

Harry Whittington's Rouge Vif is the potential improver that could put up a bold bid to down Altior, as having produced a scintillating display in a handicap chase at Cheltenham, he then finished a decent third in the Tingle Creek Chase at Sandown Park. Well beaten by Politologue and Greaneteen in that Grade 1, Rouge Vif will come on for that experience in top class company, but one thing that could significantly hinder his chances is the soft going at Kempton. Rouge Vif is more likely to been seen at his best in the spring, and the 20/1 about him in the Champion Chase could be decent each-way value. Should the rain continue in the days leading up to Sunday then he may struggle to produce his best against Altior, and with that in mind he can be dismissed off the shortlist.

Alan King's Sceau Royal is set to try and improve on last season's third placed finish in this race, but the Barbury Castle inmate has been seen running over hurdles the last few months, so a return to fences is intriguing. A winner of the Welsh Champion Hurdle and Elite Hurdle at the start of the season, King's charge has struggled to land a blow in the Fighting Fifth and International Hurdle on his last two starts, so King will be hoping the fences can galvanise his eight-year-old.

Sceau Royal's last chase run was in the Queen Mother Champion Chase in March, where he was last of five, and previously he was well beaten by Altior in the Game Spirit at Newbury, so while he could run well in Sunday's Desert Orchid, he will prove no match for Altior, who can dominate the experienced campaigner once again.

Along with Altior, Dan Skelton's Nube Negra will be making his seasonal reappearance, and with only four chase runs to his name is one that could be open to significant improvement in the 2020/21 National Hunt campaign. A fine runner-up in the Henry VIII Novices' Chase and Kingmaker Novices' Chase last season, Nube Negra has form to find with Rouge Vif from their Kingmaker clash, as the latter won comfortably, but with ground conditions likely to suit Nube Negra more then Skelton's charge could well be the surprise package in the race, and can chase Altior home.

Diego Du Charmil, Bun Doran and Global Citizen complete the entries for the Grade 2 contest, and the former has been finding it tough over hurdles of late, so a return to fences could see him improve, but he was well beaten by Altior in this race two years ago. Global Citizen was pulled up in the Haldon Gold Cup at Exeter last time out, so is on a comeback mission, while Bun Doran was well beaten in the Peterborough Chase last time out, but will line up as the reigning champion and has to be considered. However, he had no Altior to beat in last year's running, and it's hard to see him having the class to down the Henderson hotpot, who can saunter to success.