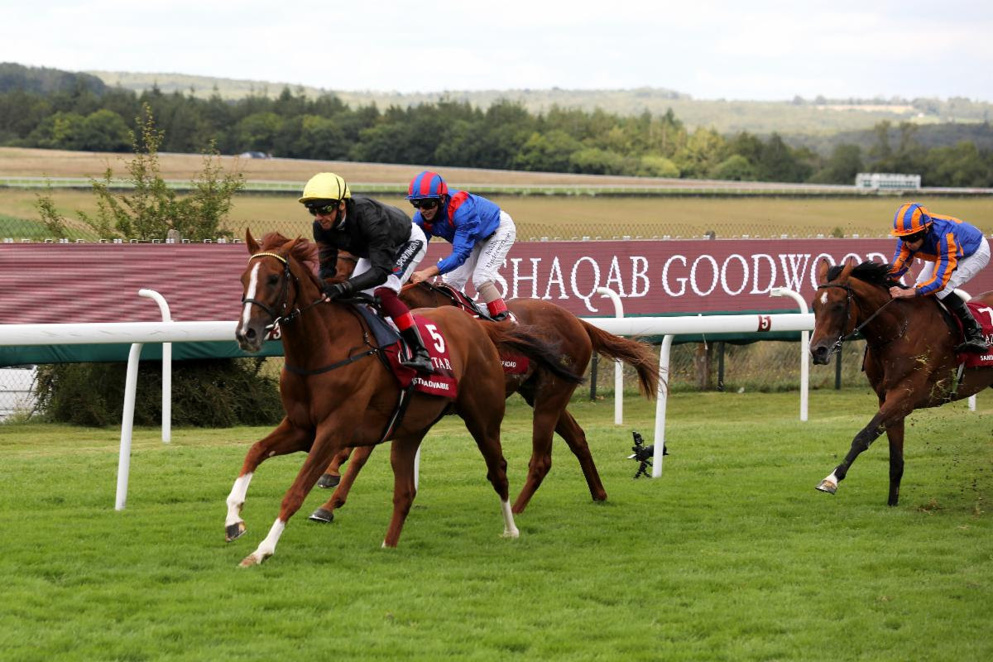 Stradivarius was a game winner of last week's Goodwood Cup.

Frankie Dettori believes that the star stayer Stradivarius is more than worthy of a place in the Prix de l'Arc de Triomphe at Longchamp this autumn.

The six-year-old has been in electric form so far this season, and followed up a sensational victory in last month’s Ascot Gold Cup with a game success in the Goodwood Cup last Tuesday - despite being left with plenty to do a furlong out.

This year’s renewal of the Arc feels open at the moment, with the market headed by the history-seeking Enable, and it seems highly likely that Stradivarius will now be added into the mix, having performed with plenty of credit to finish third in a strong-looking renewal of the Coronation Cup last month.

It would leave Stradivarius’ regular partner Frankie Dettori with a selection headache, though he revealed that he feels he’s more than entitled to take his chance.

He told Nick Luck’s daily podcast: “If you’re going to try, it’s this year. He’s six and he’s not going to get any younger, and the owner was always thinking about it. He knows at the moment that I’m sticking with Enable, but I’m not going to put him off.

“He’s a very versatile horse, and there’s always a great possibility that the ground becomes soft. Now that we know he can handle it, he could be Enable’s biggest threat - who knows!

“He’s just super consistent. Bjorn Nielsen is very keen to try to equal Yeats’ record next year, but the horse is in tremendous form, and it feels like this year is the one where he should try to win the Arc.

Stradivarius is on song once again, winning the Al Shaqab Goodwood Cup for a FOURTH time

It was a sentiment which was backed up by John Gosden, who revealed after the Goodwood Cup on Tuesday that the plan for Stradivarius was to now head for Paris.

He said: "The owner wants to go a different route with him now. Obviously, the Weatherbys Hamilton was a fantastic £1 million bonus which they have put on for two years running so he would have gone for the Lonsdale Cup at York, but that bonus doesn't exist anymore.

"So instead, he would like to freshen him up, give him a nice holiday and go for the Prix Foy at Longchamp in September. If he runs a nice race there and handles the track and everything, then he will run in the Prix de l'Arc de Triomphe.

"Let us hope Enable and Stradivarius are in top order (for the Arc). Frankie will have to decide what he is riding, I probably know the answer, but that will be his decision.

“You will have some lovely three-year-old fillies like Love the Oaks winner in the race probably as well. There could be Sottsass and other French runners along with horses from the Juddmonte International."

Enable is the current 3/1 joint-favourite with the Epsom Oaks winner Love as she bids to seal an historic third win in the race, while Stradivarius is currently a lively 14/1 outsider.