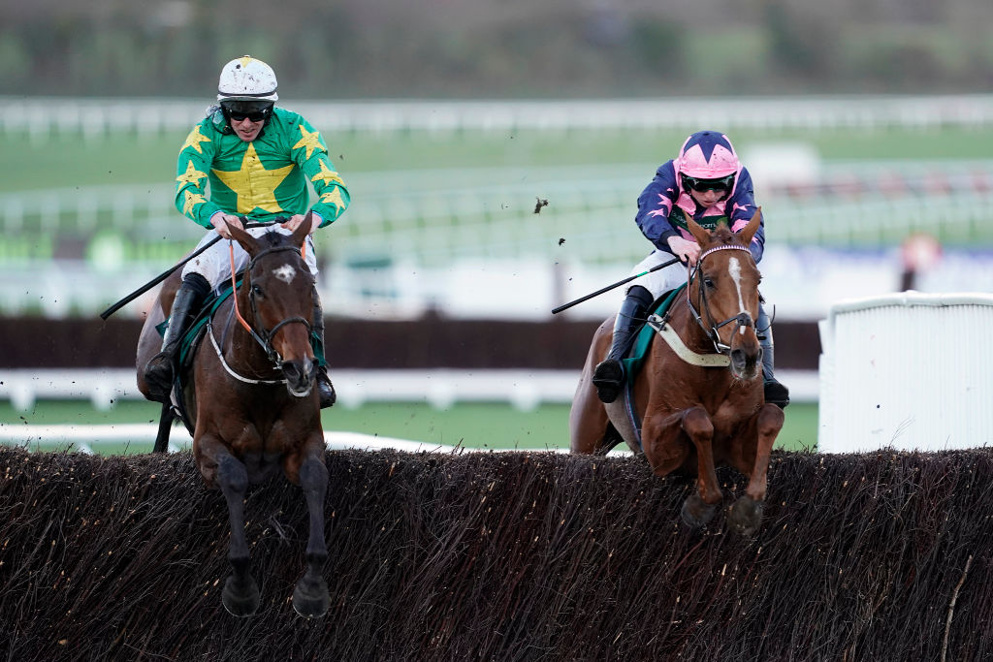 Discorama was a fine 7th in the 2021 Grand National

Paul Nolan's Discorama was seventh in last year's Grand National, and the Irish raider will look to improve on that effort when he lines up in the 2022 renewal, which takes place at Aintree on April 9...

Placed in 13 of his 21 races under Rules, Discorama is a really consistent performer, but he can often find one or two too good in his races. With only one win in his 12 chase starts, Paul Nolan's raider will be looking to improve on that when he lines up in the 2022 Grand National, and he does hold some decent form on his CV.

Second behind Blow By Blow in the 2018 Martin Pipe at the Cheltenham Festival, he then went on to finish fifth in a Grade 1 novice hurdle at the Punchestown Festival. A winner on his chasing debut in November 2018, Discorama has failed to score since, but has put up some bold efforts in defeat.

He was an excellent second to Le Breuil in the 2019 National Hunt Chase at the Cheltenham Festival, while he then chased Delta Work home in a Grade 1 novice chase at the Punchestown Festival the following month. Third in the 2020 Ultima Handicap Chase on his return to Cheltenham, Discorama has run to a really high level in competitive chases, but has struggled to get that all-important win on his record.

Sent off a 16/1 chance for the 2021 Grand National, Nolan's charge ran an absolute stormer to finish seventh to Minella Times off a mark of 149, and he will line up off a 1lb lower mark in the 2022 renewal, so has to be given the utmost respect. A light campaign has seen him finish fifth in a Galway handicap hurdle and second in a Fairyhouse chase in February, so he will head to Aintree as a fresh horse, and with experience in the locker now then he has to be considered a lively each-way player.