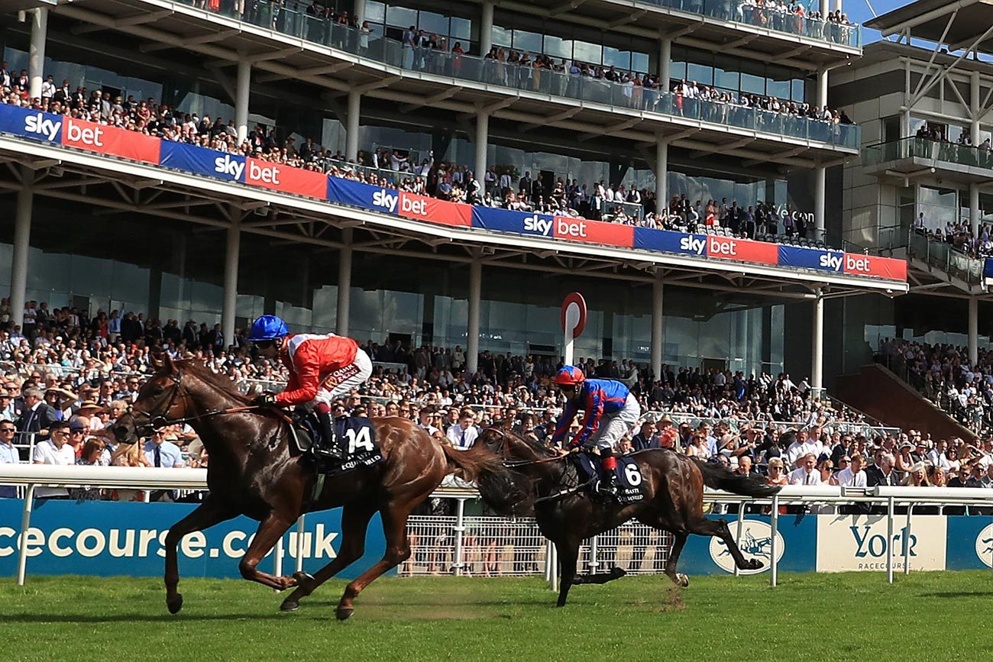 Ebor Handicap Tips: The feature race of this week's Ebor Festival at York.

Nick Seddon previews Saturday’s Ebor Handicap at York, which is the feature race of the four-day Ebor Festival…

While this year’s prize fund is seriously reduced in light of the current pandemic, we’re set for a typically competitive renewal of the Ebor, with a maximum field of 22 runners due to go to post.

The race has proven to be a difficult one for punters, and you have to go back to the Luca Cumani-trained Purple Moon in 2007 to find the last successful favourite, a statistic which Fujaira Prince will be hoping to break.

The six-year-old is lightly-raced for his age with just seven starts so far, though he’s a smart performer on his day and produced a career best effort to win a competitive handicap over this trip at Royal Ascot in June. He’s clearly fragile, but this seems likely to have been his target, and it isn’t out of the realms of possibility that he can defy a 9 lb rise on just his second try at this trip - having been kept fresh by his handler.

Only three four-year-olds have won the Ebor this century, though several from that age group are prominent in the market, including Trueshan, Pondus, Monica Sheriff and Pablo Escobarr. The last-named is the second favourite at the time of writing, and he arrives here on the back of a first Group success over a mile and a half at Goodwood last month. He’s strictly untried at this trip, but there’s every reason to suggest that it shouldn’t be a problem bearing in mind he ran through to the line last time, and he’s one to consider off his current mark of 108.

Like Pablo Escobarr, Trueshan made the breakthrough at a higher level on his most recent start, winning a listed contest at Haydock over a mile and a half last month. He’s proven at this trip but had to battle hard to win last time out, and this is big ask off a career high mark of 109. Pondus is another listed winner in the field, though he was disappointing in a Group 3 contest at Leopardstown last time and looks high enough in the weights on his first try at this trip.

Meanwhile, Monica Sheriff arrives here on a roll, having won each of her last five outings when last seen, including a Group 3 contest over this trip at Saint-Cloud last October. She progressed at a rate of knots last season, and although she has a long absence to defy, her trainer is more than capable of having her ready. Her mark of 102 looks a tough one, but there could still be more to come from her yet and any rain between now and post time would be a bonus.

Three of the last four winners of this race have been six-year-olds, and along with Fujaira Prince, each of Hochfeld, King’s Advice and Island Brave also tick that box (as do Glencadam Glory and Dash Of Spice). King’s Advice was one of the stories of last summer, winning eight of his first nine starts, though he was a major disappointment in this last year and hasn’t won since - meaning he’s best watched here for all that his mark is starting to slide. Island Brave caused a big surprise when returning to form out of the blue over two miles at Ascot earlier this month, but he looks held under a 6 lb rise and more interesting is Hochfeld. He’d need some luck to get in as second reserve, but he returned to winning ways in good style at  Goodwood at the beginning of the month, and a 5 lb rise looks fair.

Three more to consider are True Self, Deja and Verdana Blue. The latter is best known for her exploits over Jumps, but she's smart on the Flat and ran a fine race to finish second in the Ascot Stakes over two and a half miles in June. She's been raised a further 2 lb for that, however, and this trip may be on the short side, while Deja shoulders top weight after winning the Old Newton Cup at Haydock in July. That was a smart effort, one which suggested he would be suited by the extra two furlongs here, and while he could yet find more, he'd need to produce a Group-level performance to win this off a mark of 112.

However, it looks worth siding with True Self, who represents a yard that last won this race in 2009. She was an excellent sixth in this race last year off a 2 lb higher mark, and while connections were left disappointed when she subsequently missed the cut for the Melbourne Cup, she made up for that by winning a Group 3 contest over slightly shorter at Flemington. She should be fit for this after two runs in Group company so far this campaign, and bearing in mind that she's likely to have a good pace to aim at, she's fancied to take advantage of her current mark by striking from a solid low draw in stall seven.

True Self was a class above yesterday... off to Hong Kong now. 😍✈️ https://t.co/6PIwdQjSzY

Ebor Handicap, Saturday 21st August - back True Self at 10/1