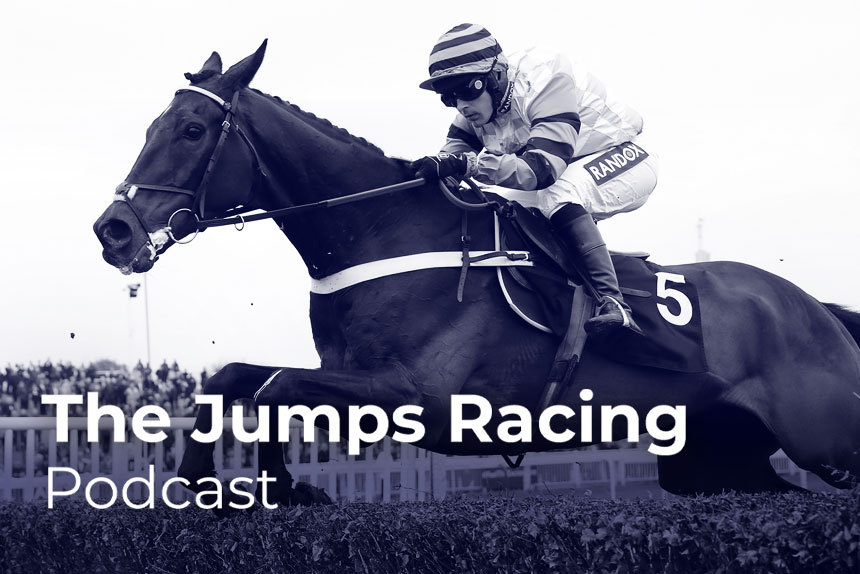 Join Bobby Beevers and Nick Seddon for the latest edition of the Jumps Racing Podcast, as the Cheltenham Festival looms ever closer...

We look back on all of the action from the weekend, as both Doncaster and Kelso hosted recognised trials for the Grand National. Definitly Red was notably impressive in winning the Premier Chase at the latter - is he now a serious contender for the Aintree spectacular in April?

We then hear from Champion Trainer Paul Nicholls, who opened his Ditcheat base to the media last Thursday, and chats to Nick about his squad for this year's Cheltenham Festival.

With Cheltenham firmly on the radar, both Bobby and Nick offer up their most eye-catching performance of the season with Cheltenham in mind - including a Warren Greatrex runner who's a 20/1 chance for the Kim Muir Challenge Cup.

Nick was at Cheltenham for their media day last week, and he caught up with legendary racing broadcaster Derek 'Tommo' Thompson, to chat about his Festival memories - before touching on a certain Greg James meme... "Are you well?"

We then get nostalgic, and offer up our favourite ever moments from the Cheltenham Festival, which included a journey back to the 2006 Cheltenham Gold Cup.

Last but not least, we take a look at Saturday's Imperial Cup at Sandown, a notoriously tricky betting heat, which was last won by the favourite back in 2010.