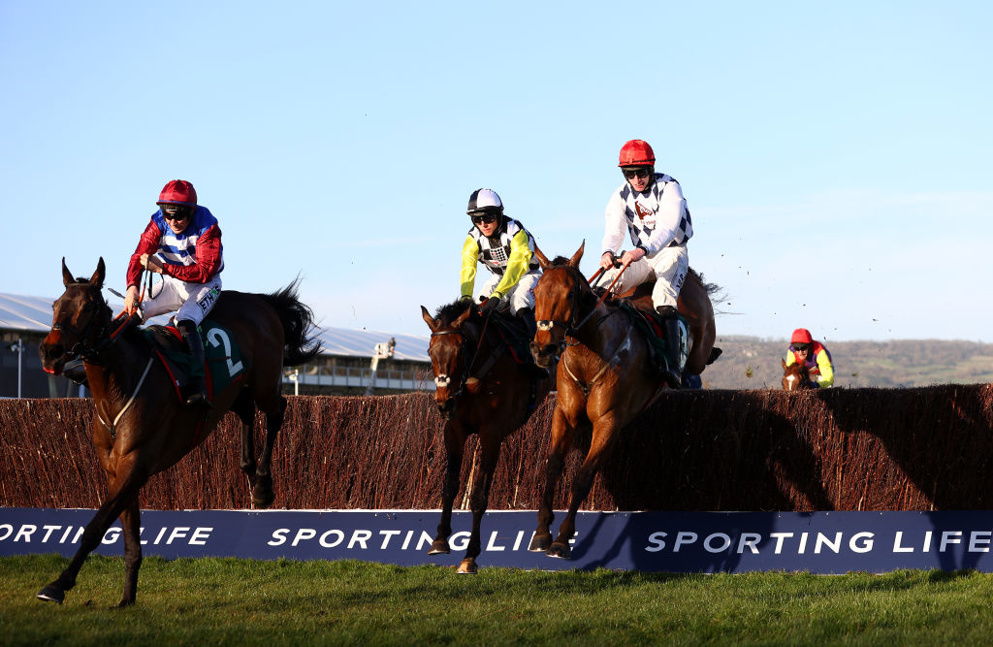 Escaria Ten is a leading contender for the Grand National

Gordon Elliott's Escaria Ten is one of the leading contenders for the 2022 Randox Grand National, which takes place at Aintree on April 9, and the Irish raider is a prominent figure in the latest betting...

Always destined for a career over fences, Escaria Ten performed creditably over the smaller obstacles winning a few races over timber and was a creditable 15th in the 2020 Martin Pipe Conditional Jockeys' Handicap Hurdle at the Cheltenham Festival. Sent over fences the following campaign, he faced a stern test on his chasing debut as he came up against subsequent Brown Advisory Novices' Chase winner Monkfish at Fairyhouse in November 2020.

A winner at Thurles on his second chase start, Escaria Ten was sent to the 2021 Cheltenham Festival, where he went off an 11/4 favourite for the National Hunt Chase, but he could only finish third to Galvin, who beat the McNeill family-owned Escaria Ten by three lengths. Sent to Fairyhouse the following month, Escaria Ten lined up in the Irish Grand National, but disappointed as he was pulled up when sent off a 12/1 chance for the marathon event.

With more experience behind him, Escaria Ten kicked off this season by lining up in the hugely competitive Thyestes Handicap Chase at Gowran Park, and yet again he failed to land any significant blow in the event as he was beaten 24 lengths by Longhouse Poet and was a mediocre eighth placed finish.

Warming up for the Grand National, Escaria Ten was last seen taking his chance in the Bobbyjo Chase at Fairyhouse in February, where he locked horns with fellow Grand National contender Any Second Now, and it was the Ted Walsh-trained Any Second Now that prevailed by a nose. Running a fine race in defeat, Escaria Ten will certainly come on for the run, so heads to Aintree in excellent order, and the eight-year-old has to come into calculations.