Fillies' and Mares' Stakes Tips: Play two against the field 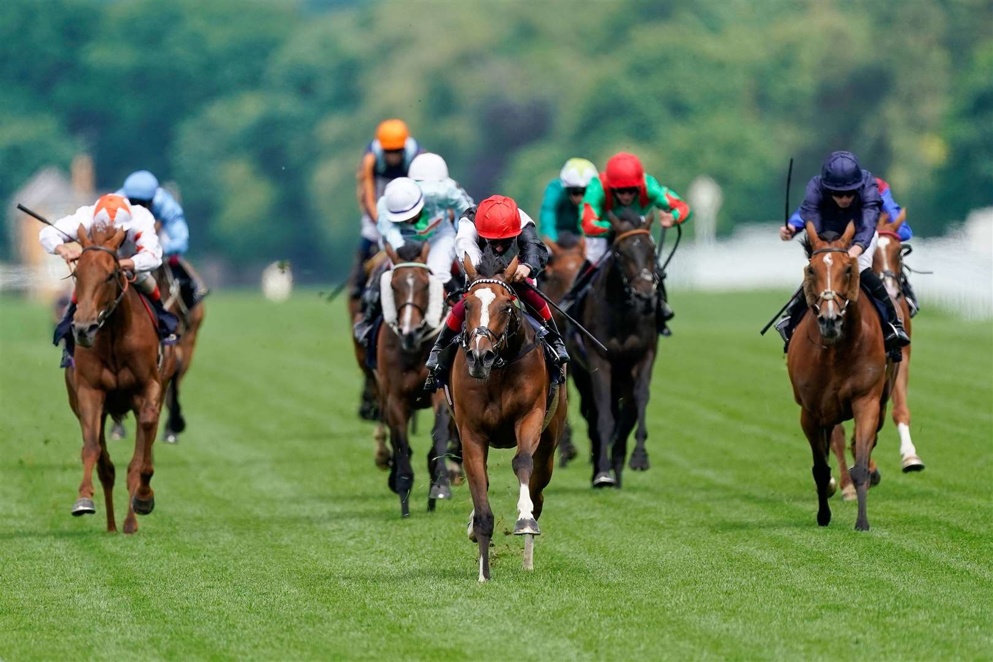 Frankly Darling is one of two runners for Anthony Oppenheimer, who won this last year with Star Catcher.

Nick Seddon previews an open-looking renewal of Saturday’s Group 1 Champions Fillies’ and Mares’ Stakes at Ascot, which is without the star mare Magical…

The Champions Fillies’ and Mares’ Stakes regularly feels more open than some of the other races on the card, perhaps due to the fact that the stars of this sex often head elsewhere, though it is worth noting that each of the last five winners have returned home at starting prices of 5/1 or shorter.

Three runners fit into that bracket this time around, beginning with the favourite Wonderful Tonight, who has met with the vast majority of the field across her last two starts at Longchamp. The most recent of those came when winning the Prix de Royallieu over two furlongs further on Arc weekend (Passion fifth, Manuela De Vega eleventh). That was a career best effort and came on similar ground to here, and while she’d have claims if shrugging off the relatively quick turnaround, she’ll need to prove she can repeat that level of performance now back at a mile and a half.

In-front of Wonderful Tonight in the previous month’s Prix Vermeille over this trip in Paris was Dame Malliot, who finished third. She carries the same colours of last year’s winner Star Catcher, and while she hasn’t been quite so prolific as that particular filly so far this year, she’s proven to be a steadily progressive type, placing on both of her starts at this level to date.

The form of the Prix Vermeille is looking strong, with the two fillies who finished in front of her going on to run fine races on Arc weekend, and she impressed when winning the Group 2 Princess of Wales’s Stakes in really good style prior to that. The ground should hold no fears, and bearing in mind that Dame Malliot looks likely to get things her own way early on pace wise, she looks worth siding with to win this for the second year running for Anthony Oppenheimer.

Dame Malliot would not be passed and wins the Princess Of Wales's Tattersalls Stakes at @NewmarketRace!

Another filly who’s prominent in the betting is Antonia De Vega, who arrives here on the back of two straight wins. The latest of those came in last month’s Group 3 Princess Royal Stakes, and she’s one to consider if building on that, though she’s been held on her three tries at this level to date and may need some luck in-running as a hold up performer.

At the other end of the market is Passion, who represents Aidan O’Brien. She was another filly who ran in France last time out, finishing fifth in the the Prix de Royallieu, and although she has some smart form under her belt, this is a big ask for win purposes. Similar comments apply to Antonia De Vega’s stablemate Manuela De Vega, who would have claims if replicating the form she showed to win the Lancashire Oaks in July, but she’s struggled at the top level the last twice.

Aidan O’Brien has won two of the last three renewals, and he also sends Laburnum, who could be overpriced at 20/1. She was fourth on her most recent start in the aforementioned Prix Vermeille, beaten just three and a half lengths by the winner, form which reads well here. She’s been beaten twice by the more-fancied Even So earlier in the campaign, but she appeals as a steadily progressive type, and there’s every reason to think that there could be more to come from her yet after a career best effort last time out, on what will be just her fourth start at this trip. The conditions should hold no fears, and she looks an enticing bet at the prices to run into a place.

Meanwhile, the Irish Oaks winner Even So will carry the colours of Coolmore, but she represents Ger Lyons. That classic-winning run was a smart one, though we’ve only seen her once since, disappointing slightly to finish sixth in last month’s Vermeille. She’d be one to strongly consider on that Irish Oaks form, though it’s something of a stand out effort at present and she has something to prove here. Fellow three-year-old Frankly Darling looked a serious player for the English Oaks when winning the Ribblesdale at Royal Ascot in June, though she was well held in third at Epsom, and will need more in these conditions having disappointed in the Yorkshire Oaks last time out.

Finally, two more to consider are Mehdaayih and Gold Wand. The latter is another who failed to fire behind Love in the Epsom Oaks, and although she’s clearly a smart performer, she would need more here having been defeated at lower levels since. Mehdaayih steps back into her own sex having finished down the field on her sole start in the Prince of Wales’s this term, and while she can’t be completely discounted, it’s been a while since we’ve seen the kind of performance that would merit consideration here. With that in mind, both Dame Malliot and Laburnum appeal as the best bets at the prices.