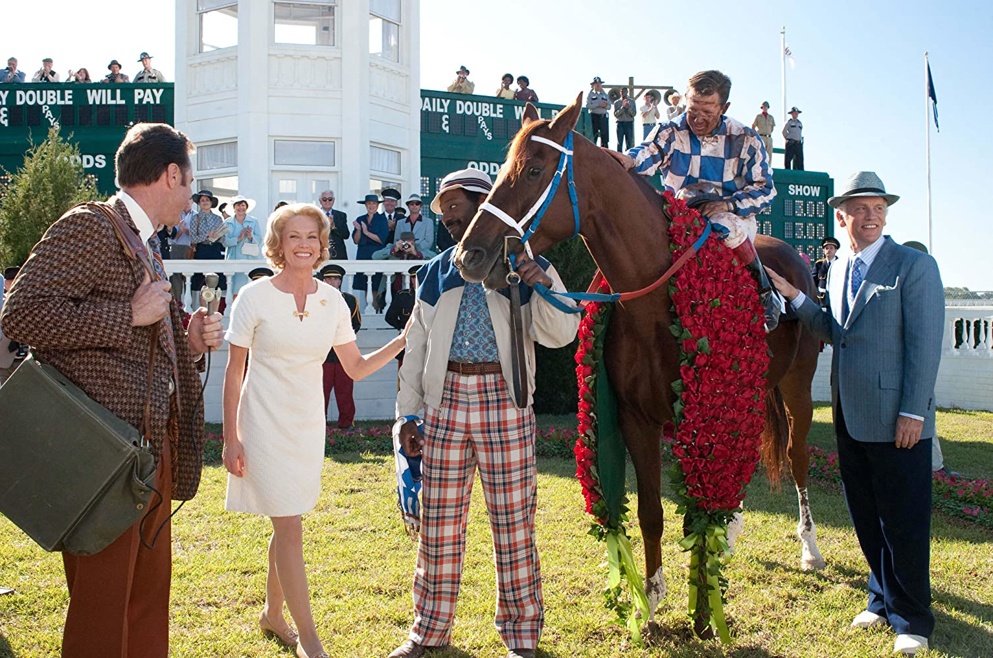 'Secretariat' was released in 2010 by Disney, and tells the story of the 1973 Triple Crown winner.

With the lockdown showing no sign of letting up, we’ve picked out five horse racing films that can help ease the boredom while we wait for normal life to resume…

There are plenty of sports films on the market, such at the Rocky/Creed franchises in boxing, and while sport undoubtedly has the ability to tell stories like no other in real life, some sports can be trickier than others to translate over to the big screen. Indeed, football/soccer has proven particularly troublesome over the years, while there’s been a rather mixed offering of racing films from Hollywood.

The vast majority of racing films on offer feature American horses, though we’ll very shortly be treated to two new releases about British stories, with ‘Dream Horse’ and ‘Frankel’ in different stages of production. The first-named tells the remarkable story behind the 2009 Welsh Grand National winner Dream Alliance, and was in the stages of being released before the global shutdown due to the Coronavirus pandemic.

Meanwhile, ‘Frankel’ will tell the story of the greatest racehorse of all-time of the same name, and his journey under the late and legendary trainer Sir Henry Cecil - who will be played by Jeremy Irons. The filming is due to start later this year, and it’s not known when the film will be released just yet.

In the meantime, there are some excellent racing films to get stuck into during this lockdown, and we’ve picked out our top five. Unfortunately, some classic films such as Champions (1984) and National Velvet (1944) are difficult to find on streaming platforms, so we’ve focused on productions from this century.

Available to stream on Disney+

Like most racing films, Secretariat is based on a true story, and follows the remarkable career of the 1973 Triple Crown winner of the same name. Featuring a stellar cast that includes John Malkovich, the film follows housewife Penny Chenery, who takes over her late father’s Stables in Virginia. Boasting an impressive $35 million budget, the story is given the full Disney treatment as Chenery attempts to make an impact in a hugely male-dominated sport, and features some brilliantly realistic racing scenes.

Available to rent on Amazon Prime Video for £3.49

Featuring a more modest budget of $15 million (Aus), this Australian production tells the extraordinary tale behind the 2002 Melbourne Cup. It follows the story of one of the country’s top jockeys at the time Damien Oliver, whose older brother Jason tragically died in a racing accident a week prior to the ‘race that stops a nation’. Having also suffered the death of his father Ray in a similar accident earlier in his life, Oliver is left questioning whether he has the heart to compete in the big race. Step forward a certain Dermot Weld, who is superbly played by Brendan Gleeson and has a live chance in the Cup with a certain Media Puzzle…

HorseRacing.net rating: Four and a half stars

Available to watch for free on Amazon Prime for members

The most recent release on this list, Chasing The Win is a documentary about the American horse Kinsale King, who started in modest circumstances but went on to shine under his rookie trainer Carl O'Callaghan. Winning a claimer on his first start for the yard as a 62/1 outsider, he would go on to win his next three outings, including the Group 1 Dubai Golden Shaheen at Meydan.

Available to rent on YouTube or Google Play for £2.49

Boasting a spectacular budget of $87 million, Seabiscuit is one of the most high-profile racing films ever made, and is loosely based on the life and career of the horse of the same name - who was a media sensation in the 1930s due to his unexpected success. Grossing just shy of $150 million, the film was a big hit and was nominated for a host of Academy Awards, including ‘Best Picture’.

Available to rent on YouTube or Google Play for £2.49

Another American production, 50 to 1 is based on the true story of the 2009 Kentucky Derby winner Mine That Bird, who produced one of the biggest upsets in the history of the race. Purchased for just $9,500, the horse qualified for America’s most famous three-year-old race in the unlikeliest of circumstances.

HorseRacing.net rating: Three and a half stars