Five key questions ahead of the Charlie Hall Chase 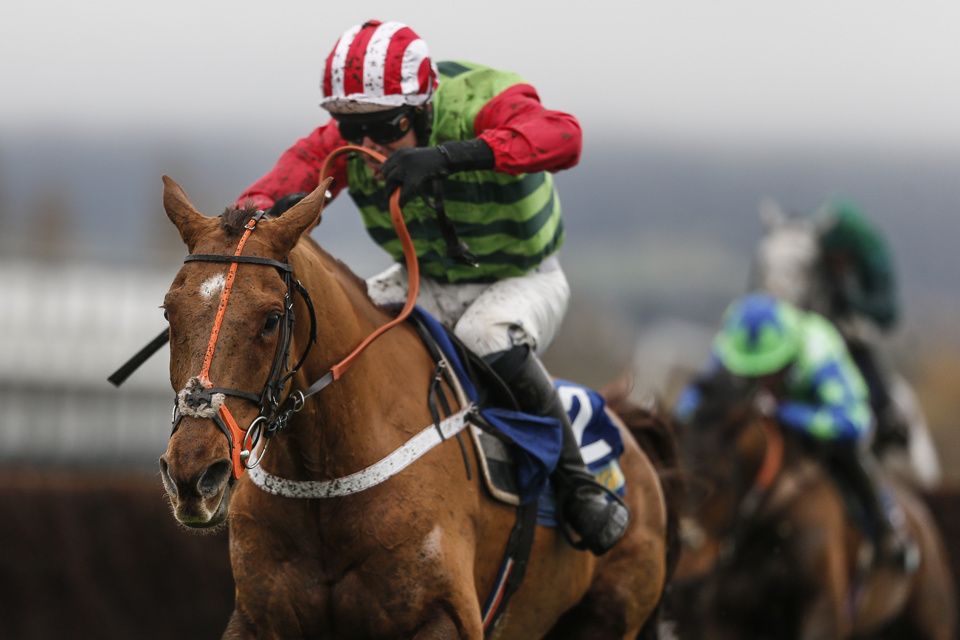 Definitly Red is aiming to defend his crown in the Charlie Hall Chase at Wetherby on Saturday.

Ahead of a key weekend both on the Flat and over the Jumps, Alex Stearn looks at the five key talking points surrounding the action...

Wetherby and Down Royal host the first two Cheltenham Gold Cup trials of the season on Saturday afternoon, and plenty of big names look to be the first to have their card marked as serious contenders. At Wetherby, the apple of Warren Greatrex’s eye, La Bague Au Roi, is in line to kick-start her season. Having won each of her first four starts last term, including two in Grade 1 company, she only found Kalashnikov too good on her final start at Aintree last season, and connections will hope her second season over fences can bring about even more improvement. She rates as the one to beat in the contest, but Brian Ellison is set to saddle Definitely Red in his attempt to follow up last year’s victory. He’s often threatened to land a prize at the top level and if he is impressive on Saturday, he could well become a lively outsider for the showpiece event in March.

Over in Ireland, we look like being treated to a mouth-watering early season clash between Delta Work and Clan Des Obeaux. The former heads the Gigginstown battalion at the entry stage, and given he has only been beaten once over fences in his short chasing career, he can improve again and prove himself to be a real force in the staying chasers division. He often shapes as if there could be even more to come when going beyond three miles, making him one of the most exciting prospects for the campaign ahead. Interestingly, Paul Nicholls sees this as the ideal starting point for his headline Gold Cup hope, sending him across the Irish Sea for this engagement. Clan Des Obeaux was last year’s Christmas cracker when winning the King George at Kempton, which catapulted him to the head of the market for the Cheltenham showpiece. His connections are bullish that he will run well, an impressive performance from either of these will change the shape of the ante-post market considerably.

Procession! The impressive Delta Work hoses up in the Grade 1 Champion Novice Chase for @_Davy_Russel_ and @gelliot_racing at @punchestownrace https://t.co/1rP0kFnT8Q

Is the floodlit Futurity Trophy the future?

Newcastle hosts history on Friday night, when the rescheduled Vertem Futurity Trophy becomes the first Group 1 to be staged on All-Weather in England, as well as being the first under floodlights – due off at 18:00. The race promises to be a spectacle for racing fans alike, with the reopened entries adding extra spice. Mogul heads the market and promises to be an exciting type for next year, but two of the additional entries won’t be making the long journey to Gosforth Park just to make up the numbers. Kinross was ultra-impressive on debut at Newmarket when easing clear of a subsequent winner, and Ralph Beckett isn’t usually one for rolling the dice, giving his colt obvious claims. John Gosden has made Newcastle an extremely happy hunting ground since it opened, with him yielding a strike rate of 48% in 2019 alone. He saddles two, with Verboten heading his challenge. This once-raced son of No Nay Never was green as grass on debut at Yarmouth and when the penny dropped in the last furlong, he looked a horse destined for bigger things and promises to run well. Whoever wins this piece of history, we can be sure that they will be lining up in Classic company come 2020.

Can Kirby strike again at his happy hunting ground?

Phil Kirby’s team tasted regular success at Wetherby last season, operating at an impressive strike rate of 31%, and with his string improving in quality, he must be hopeful of kick-starting his campaign there on Charlie Hall Chase day on Saturday. Two of his stable stars have live chances in their headline races, and he will be hoping they can be the catalyst to plenty of success. One of the most popular horses in training, Lady Buttons, heads the market for the Listed Mares' Hurdle, and would hold obvious claims if lining up. She took this race last year on her way to Grade 2 success over hurdles before ending the season chasing, with both disciplines seeing her be competitive in high-class races. He also has the free-going Top Ville Ben heading to the Charlie Hall. He is at his best when allowed to bowl along in front, and without many other front-runners in the race, he could just steal an easy lead and take some pegging back.

Will Elliott's debutant be the Envoi of others?

Gordon Elliott is set to take the wraps off Cheveley Park’s star National Hunt horse, with the hope that the crowds at Down Royal will see Envoi Allen add another ‘1’ to his form line. He took everything and everyone in his stride last year when cruising to three successes in Ireland, before heading to Prestbury Park and taking on the best of Britain. Admittedly, he had to grind out success in the Champion Bumper, but the race has worked out pretty well having initially been questioned at the time, given the slowly run nature and the smaller field than usual. Since then, the fifth improved to win another bumper and the third has been impressive since appearing over hurdles this year. He is a previous point-to-point winner, giving plenty of hope that hurdles won’t be an issue, and he can hopefully leave us dreaming that he could just be a little bit special.

Will we be toasting to Champagne Platinum?

Champagne Platinum could head to Ascot for his chasing debut in a novice handicap on Saturday, after an impressive hurdling campaign saw him win twice in calmer waters before finding Grade 1 company too hot at Punchestown. His size and scope has always given the promise that he would improve for going chasing, and a big performance here in a competitive contest can see him make his mark in the novice chasing scene. JP McManus’ flashy grey is already a point-to-point to winner over three miles, meaning conditions hold no fears, and with Nicky Henderson firing in the winners as of late, he looks set to run well – surely connections are dreaming of success at the highest level this season and can be tasting champagne in the winners enclosure on Saturday.