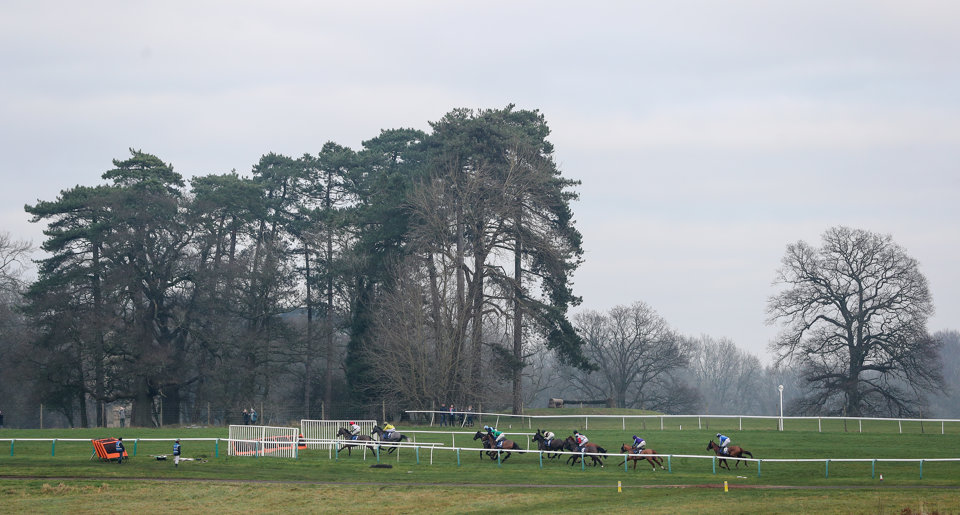 As the Flat season draws to a close, we turn our attentions to the imminent National Hunt season, and pick out five meetings that are set to light up October in the UK & Ireland...

One of the early jumping treats comes across the Severn Bridge, as Chepstow plays host to a fascinating two-day fixture, which can often be the starting point for some smart performers. Taking place between the 9th and 10th October, the Welsh venue's Jumps Season Opener provides a mixture of competitive hurdle and chase races. However, the obvious highlight of the meeting is the Grade 2 Persian War Novices' Hurdle, which can provide some early clues for the novice hurdles at the Cheltenham Festival. A traditional starting point for those bidding for glory in either the Ballymore Novices' Hurdle or Albert Bartlett Novices' Hurdle, the Persian War is a mouth-watering contest run over 2m 3f 100y.

Won impressively last year by the Philip Hobbs-trained Thyme Hill, who beat Colin Tizzard's Fiddlerontheroof, the Persian War has been won by some star performers in recent times. Multiple Grade 1-winning star Silviniaco Conti won the 2010 renewal as a four-year-old, while Fingal Bay (2011) and Blaklion (2014) have both tasted success in the event.

As well as the Persian War, the Grade 3 Silver Trophy Handicap Hurdle is another feature race on the card, and often a competitive betting heat it can be a race that unearths a decent winner, who goes on to bigger and better things. Arguably, the most notable winner in recent times was Jonjo O'Neill's Don't Push It, who bounded to victory in the 2007 and then went on to hand AP McCoy Grand National glory a few years later.

The final leg of our @unibet Persian War Novices Hurdle throwback takes us back to 2019. Thyme Hill won that day for @dickyjohnson77 for trainer @PJHobbs1.

He went on to win the Challow Novices' Hurdle at Newbury and finish 4th in the Albert Bartlett at Cheltenham. https://t.co/Wqx4GQGHTY

Staying in Wales for our second National Hunt highlight in October, the Welsh Champion Hurdle will be a notable contest in mid-October. The race that has changed significantly over the years, and is now run as a limited handicap hurdles over two miles. During the 1970s and 1980s, the Welsh Champion Hurdle was won by some of the finest hurdlers in training, with Bula, Comedy Of Errors, Night Nurse, Monksfield and Sea Pigeon all tasting victory before going on to claim Champion Hurdle glory at the Cheltenham Festival. The race has lost some of its prestige in more recent times, but it is still a noteworthy contest in the early part of the season.

Since its switch to a limited handicap, the most prestigious winner of the race came in 2017 when the Nigel Twiston-Davies-trained The New One outbattled Clyne to victory, while last season's renewal was won by Monsieur Lecoq, who had previously competed in the County Hurdle at the Cheltenham Festival. It may be a race that lacks the quality of yesteryear, but it can still serve up a notable winner, so it's well worth tuning in for when it lights up Ffos Las on October 18.

Several Cheltenham Festival winners have started their seasons in the Old Roan Chase, which is the feature race on a stellar card at Aintree on October 25. It may be a limited handicap, but the Old Roan attracts some of the best Graded performers in training, as they look to kick off their campaign on a winning note. The Grade 2 contest is run over 2m 3f 200y and can attract horses that have the Ryanair Chase as an ultimate target, while some potential Cheltenham Gold Cup contenders have used the Old Roan as a springboard to bigger and better things.

Just a brief look at the illustrious roll of honour shows that a top quality horse is needed to be victorious, with dual Cheltenham Gold Cup winner Kauto Star the most memorable winner of the Old Roan Chase in 2006. More recently, Monet's Garden (2009, 2010) was a back-to-back winner, while dual Ryanair Chase hero Albertas Run won the 2011 renewal. Frodon was another Ryanair Chase hero after he had won the Old Roan Chase, and the 2020 renewal is sure to unearth another star that can compete in the premier Grade 1 races at the Cheltenham Festival.

Noel Meade's Road To Respect has won the last two runnings of the race, and could well return to bid for a hat-trick of wins, while some potential Cheltenham Gold Cup horses could well blow the cobwebs in this Grade 1 contest - with Paul Nicholls suggesting that Cyrname could potentially head over the Irish Sea. Gordon Elliott's Don Cossack was a memorable winner of the 2015 renewal and then went on to claim Gold Cup glory at the end of the season at the 2016 Cheltenham Festival, so can a horse emulate that sparkling double in the 2020/21 campaign?

One of the early season handicap chase highlights comes from Ascot as the Sodexo Gold Cup Handicap Chase attracts a hugely competitive field. Since its inauguration in 2006, the Sodexo Gold Cup has become one of the highlights of October, and it can be a race used as a warm-up for the Ladbrokes Trophy at Newbury later in the season. A host of trainers can look to get a run into their horses before a tilt at the Ladbrokes Trophy, and in 2013 the Nicky Henderson-trained Triolo D'Alene finished third to Houblon Des Obeaux before going on to land the Newbury showpiece.

Kim Bailey's Vinndication was a stunning five-length winner of the 2019 renewal, and he then went on to compete in the Ultima Handicap Chase at the Cheltenham Festival, where he came fourth. The 2020 running at the end of next month is sure to attract a strong field once again, with those finishing in the first four sure to go on and compete in top notch races later in the season.

What a final leap! 😍