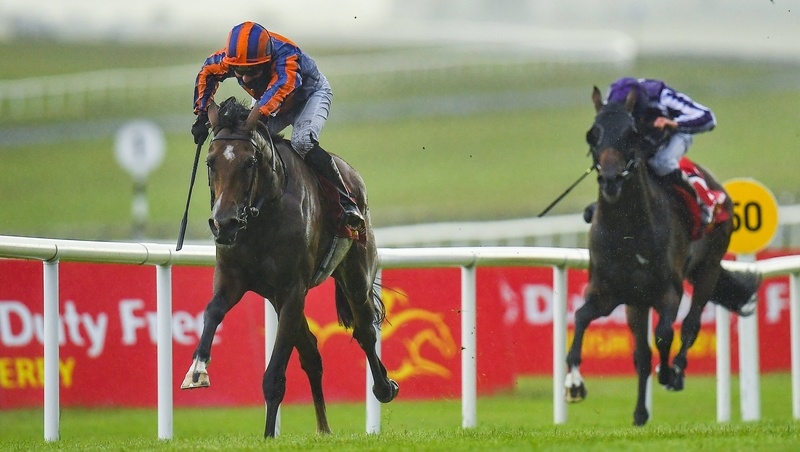 There's some superb Flat action on day 1 of Glorious Goodwood, and our tipster Steve Chambers picks out his best bets for Tuesday's racing...

Some top notch juveniles will do battle in the Vintage Stakes and impressive Coventry Stakes winner Berkshire Shadow will step up to seven furlongs to try and claim another superb Group success, but he will face some notable rivals. Richard Hannon's Lusail is another Group winner over six furlongs, and the July Stakes hero will look to build on that Newmarket success by landing the Vintage on day one of Glorious Goodwood.

However, the pair could be vulnerable to a fascinating Aidan O'Brien-trained runner in the shape of The Acropolis, who is yet to set the world alight on the track, but could be one that relishes the step up in trip and he looks the value play against the favourites. Impressive in yielding ground when winning a maiden at Listowel, The Acropolis struggled to land a blow on quicker ground in the Coventry (ninth) and the Railway Stakes, but with the rain having hit the southern venue he will have the opportunity to show his class, and he is a great bet in a competitive event.

Derby-winning trainer Charlie Appleby is riding the crest of a wave following Adayar's sensational King George win at the weekend, and the Godolphin trainer can continue his great form by saddling Space Blues to victory in the Lennox Stakes at 15:00 on Tuesday afternoon. Entitled to be installed as the favourite, Space Blues was a stunning two-length winner of this race 12 months ago, and if he can replicate that sort of run then he should be far too classy for his rivals.

A winner in Riyadh in February, Space Blues ran no sort of race when down the field in the Al Quoz Sprint at Meydan last time out, so he will need to bounce back to form here. But, having racked up a quintet of fine wins prior to that Meydan flop the son of Dubawi can be forgiven the odd disappointing run and despite being around a 9/4 chance, at the time of writing, is entitled to be a warm order and he can storm to back-to-back wins.

John & Thady Gosden's Stradivarius will bid for a fabulous fifth Goodwood Cup crown on day one of the meeting and the star stayer will be a warm order to claim glory in the showpiece event on Tuesday afternoon. Dominant in this contest for the last few years, the seven-year-old suffered major trouble in running when trying to win another Gold Cup at Royal Ascot, and he was beaten by Subjectivist. But, with that raider not taking his chance here then Stradivarius will certainly be the one to beat.

Not since 2008 when the legendary Yeats bound to Goodwood Cup glory has Aidan O'Brien bagged victory, but the master of Ballydoyle has a fascinating contender in the shape of former Irish Derby winner Santiago, who is available at double-figured odds. He's not got his head in front since landing the Curragh Classic last season and he could only finish seventh in the Gold Cup, but he could be one that enjoys a bit of cut in the ground.

A winner of the Queen's Vase in soft ground, Santiago will want all the rain the track can get, if he is to launch a challenge, but having shown he can perform to a really high level when at his best, then he could be the shock challenger to the favourite, and Santiago is worth a speculative punt.