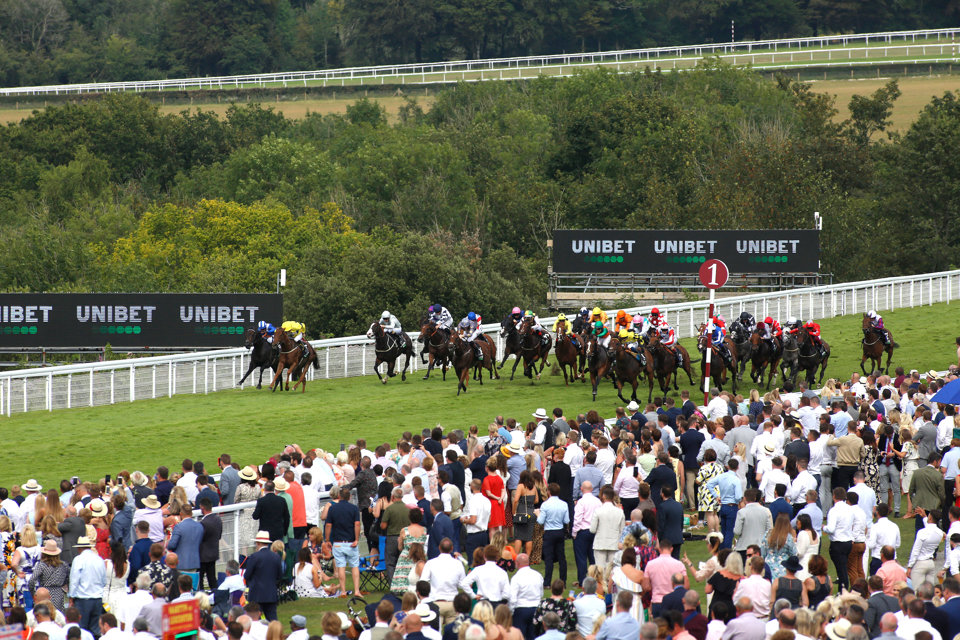 Glorious Goodwood Day 5 Tips: Our best bets on Saturday including a tip in the Stewards' Cup tip.

We have reached the final day of Glorious Goodwood, and the feature race on Saturday is the Stewards' Cup, where the sprinters take to the track, and you can check out all our best bets for the day's racing here...

With a feast of handicaps for punters to try and decipher on Saturday then it's sure to be a tough day, and one of those tricky betting heats takes place at 14:30 as a competitive field goes for glory in the Summer Handicap. Mark Johnston's Hochfeld was a fine winner of the race 12 months ago, but will have to win off an 8lb higher mark this time around, so he could be worth taking on.

David Menuisier's Nuits St Georges has been in fabulous form this season racking up wins at Goodwood and Salisbury and will look to record a hat-trick of wins, but a 5lb rise could well hinder his progression. My Frankel and Aaaddeey have some smart form in the book and are entitled to be prominent figures in the betting, but there could be an eye-catching big-priced runner in the shape of Rhythmic Intent, who is a value play at double-figured odds.

The Stuart Williams-trained five-year-old ended last season with a fine second placed finish in the November Handicap at Doncaster, and showed on his third start this season when second at Sandown that he is gradually recapturing that form. That performance came over 1m 2f, and he has shaped like further would definitely suit him, so the 1m 6f trip on Saturday should bring out significant improvement. He is only 1lb higher than that Sandown run, so if he can continue on an upward curve then he marks excellent each-way value.

A monster field will do battle in the 2021 running of the Stewards' Cup, which is regarded as one of the toughest punting assignments on the Flat racing calendar, and the six-furlong showpiece will see an array of classy sprinters do battle. The likely favourite is the James Fanshawe-trained Fresh, who is looking to hand Kieran Shoemark another big Glorious Goodwood success after he partnered Lady Bowthorpe to glory in the Nassau Stakes.

A fine runner-up in the Wokingham Stakes, Fresh has only been given a 3lb rise, so has to be a leading contender off a mark of 99, but there could be a lively adversary towards the head of the betting in the shape of Hurricane Ivor, who has been in red-hot form, and the flourishing sprinter can sparkle here. A winner at Sandown at the start of the month, the William Haggas-trained raider then ran a fine race to finish second in a hugely competitive handicap at Ascot three weeks ago.

The former French performer has excelled since arriving on British soil, and while he was just touched off by Significantly at Ascot last time out, Hurricane Ivor was well clear of his rivals on his side of the race at Ascot, so it looked like there could be a lot more to come in sprint handicaps this season. Drawn 18 in Saturday's event, Hurricane Ivor will hope that he will have some company in the closing stages of the race, as he was drawn on the wrong side at Ascot, but having shaped like he could be a potential Group sprinter then the four-year-old can bound to glory here.

We conclude the five-day Flat extravaganza with a competitive-looking renewal of the Signature Apprentice Handicap at 16:45 and the Amanda Perrett-trained You're Hired was a runner-up in this race two years ago, but will have the burden of top weight, so may find this tough. Two potentially attractively handicapped horses are Hms President and Rebel Territory, who both sit towards the head of the betting, and of that pair it's the latter that makes more appeal.

Another from the Perrett yard, Rebel Territory is still a maiden after five outings, but within those runs he has racked up some eye-catching performances, including a placed finish at Goodwood in May, but having yet to get his head in front in his career he could just prove vulnerable to a more battle-hardened proven winner, so Rebel Territory may have to settle for the minor honours once again.

A regular on the racecourse is the Mark Johnston-trained Overwrite, who has already been seen on the track three times this month, and he has an excellent chance, if producing his best form. Beaten half-a-length into second in this race 12 months ago, Overwrite lines up off a 6lb lower mark this time around, so if he can find his best then the double-figured odds available looks an excellent each-way shot. He's 5lb lower than his last winning mark, and while he's not been able to perform brilliantly of late a return to Goodwood could well bring out the best in him, and he is the selection in a trappy renewal.