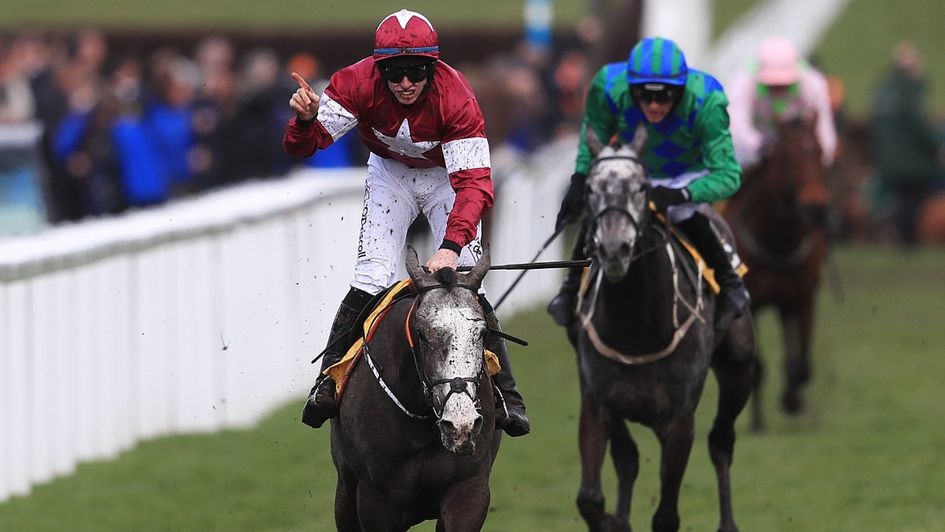 I have picked out three bets for the Randox Grand National.

Cloth Cap, impressive when winning his last two starts, looks a worthy favourite on form, but his price is incredibly short for a race of this nature. It is also easy to see why the consistent Burrows Saint, who won the Irish Grand National in 2019, is towards the head of the market. Both should go well but I’ll be opposing them in the hope that one of the bigger-priced runners can win the race.

As a seven-year-old, the statistics are against FARCLAS (1 point win bet at 20/1), but I believe there is plenty in his favour and he is my main selection. Jack Kennedy’s mount won the 2018 Grade 1 Triumph Hurdle at the Cheltenham Festival, and although he failed to win another race over timber, he has made a really good start to his chasing career. Having won his first three starts over the larger obstacles, he was then off the track for over 500 days before returning with a fifth-place finish. He has since run well in big-field handicaps, finishing 3rd/22, 4th/22 (both at Leopardstown) before an excellent second behind The Shunter at Cheltenham last month. That horse franked the form by finishing second to Protektorat here on Thursday, and with that in mind, today’s handicap mark of 146 and a weight of just 10-3 looks very attractive. He is unproven over this sort of trip but so are many of the runners. He was strong at the finish last time out and should relish the decent ground.

There are two more at bigger prices that have also caught my eye. CANELO (0.5 point win bet at 40/1) beat the classy Ibleo last year and has shown improved form this season having been fitted with cheekpieces. After an easy win on the Mildmay course here in November, he stayed on well to win a Grade 3 over three miles at Wetherby on Boxing Day. He is given another chance despite two lesser efforts since that win.

GIVE ME A COPPER (0.5 point win bet at 50/1), the representative of Paul Nicholls and Harry Cobden, is one that should relish this extreme test of stamina on ‘perfect’ good to soft ground. A three-time winner over 3m-3m1f, he has also been outpaced before plugging on over that sort of trip on several occasions. Extremely lightly-raced for an 11-year-old, he should be spot on for this third outing of the season.

#AD New customers only. Deposit £20 using card or Trustly. Up to your first £20 of losses will be refunded as CASH within 24 hours of qualifying bet having been settled. T&Cs apply
get offer
Bet £10 Get £40 in Free Bets
#AD 18+. Play Safe. New customers using promo code M40 only. 1x per customer. Min £/€10 bet. Min odds 1/2 (1.5). Free bets of 2 x £/€15 issued after first qualifying bet settles. Max £/€10 Bonus. 35x wagering requirement. Max redeemable bonus: £25. Casino bonus expires after 72 hours. UK & Eire only. Additional T&Cs, including free-bet, game, location, payment method and stake contributions apply. begambleaware.org.
Bet £10 Get £30 Free Bets + £10 Casino Bonus
#AD Minimum deposit of £10 using deposit code 30F - A qualifying bet is a ‘real money’ stake of at least £10 placed on any sports market - Minimum odds of 1/2 (1.5) - Free bets credited upon qualifying bet settlement and expire after 7 days - Free bet stakes not included in returns - Casino Bonus must be claimed within 7 days • To withdraw bonus/related wins, wager bonus amount x40 within 14 days • Wagering req. vary by game • Withdrawal restrictions and Full T&C’s apply. 18+ begambleaware.org
Welcome Offer
#AD Open Account Offer. Up to £100 in Bet Credits for new customers at bet365. Min deposit £5. Bet Credits available for use upon settlement of bets to value of qualifying deposit. Min odds, bet and payment method exclusions apply. Returns exclude Bet Credits stake. Time limits and T&Cs apply. The bonus code ‘100BET365’ can be used during registration, but does not change the offer amount in any way. 18+ begambleaware.org.
Bet £10 Get £40 In Bonuses
#AD 18+ New customers only. Opt in, bet £10 on Horse Racing at odds 2.00+ within 7 days of registering, no cashout. Get 3x £10 Free Bets, set events at odds 2.00+. Plus £10 Game Show Bonus, selected games, wager 40x to withdraw max £250. 7 day bonus expiry. Card payments only. T&Cs apply. begambleaware.org | Please gamble responsibly
Bet £10 Get £30 + 30 Free Spins
#AD New UK & NI customers only. Promo code SPORTS60. Deposit and place first sports bet of £10+ in one transaction, at odds of Evens (2.0)+, settled within 7 days of registration. First bet must be on Sports. £30 in Free Bets credited within 48 hours of bet settlement. 7-day expiry. Payment restrictions apply. SMS validation may be required. Max 30 Free Spins on Blue Wizard at £0.10 per spin. 7-day expiry. Full T&Cs apply.
Bet £20 & Get It Back As CASH If It Loses
#AD New customers only. Place your FIRST bet on any Football market and if it loses we will refund your stake in CASH. Max refund for this offer is £20. Only deposits made using cards will qualify for this promotion. T&Cs apply.
Get Up To £100 In Free Bets
#AD New customer offer. Place 5 x £10 or more bets to receive £20 in free bets. Repeat up to 5 times to receive maximum £100 bonus. Min odds 1/2 (1.5). Exchange bets excluded. Payment restrictions apply. T&Cs apply.
Bet £10 Get £20 In Free Bets
#AD. New members. £10 min deposit & bet on sportsbook, placed & settled at 1.5 min odds within 14 days of sign-up. Win part of E/W bets. 2 non-withdrawable £10 Free Bet Tokens: accept in 7 days, valid for 7 days from acceptance (ex. E/Ws & Multiples), stakes not returned. Click here for Rules & Exclusions. Bet Responsibly. BeGambleAware.org. 18+
Bet £10 Get £20 In Free Bets
#AD Min stake £10. Min odds 1/2 (1.5). First bet only. Free bets expire in 7 days. Cashed out bets won’t apply. Payment method restrictions. Online UK customers only. 30 days to qualify for £20 in Free Bets. 18+. T&Cs apply
Money back As A Bonus Up To £40 If Your First Racing Bet Loses + £10 Casino
New customers only. 18+, BeGambleAware.org. Min deposit £10. Money back as bonus. Wagering requirements: Racing 3x at min. odds of 1.40 (2/5), Casino 35x. Only one bonus can be used at a time, Racing bonus must be wagered before using the Casino, unless the bonus has been forfeited. Bonus will expire after 7 days of opt-in. #ad
Bet £10 Get £5 Or 50% Losses Back Up To £25
To activate your Sportsbook 50% Back Welcome Offer, simply deposit and bet on any Sportsbook markets of your choice at odds of evens (2.00) or greater. If your account has Sportsbook losses at the end of your first day's betting (23:59), we'll refund 50% of your first day's losses as a Free Bet up to £25 (Minimum 3 bets required). If your account is up, you're guaranteed a £5 Free Bet provided you place at least 1 bet of £10 or greater at minimum odds evens or greater. T&Cs apply. 18+ begambleaware.org
£10 Welcome Offer
#AD UK & ROI customers only. 18+. Place your first bet on sports pools and if it loses we’ll refund your stake in cash. Max refund is £10. Qualifying bet is the first sports pool bet added to the betslip. Ten to Follow bets do not qualify. Totewin will be the qualifying bet when a Totewin and a Toteplace bet are struck at the same time. BeGambleaware.org T&Cs apply
Today's Most tipped
Siskany
Newbury 14:35
4th
11 Tips Result
Emblem Empire
Chelmsford City 20:00
11/10
10 Tips Bet Here
Noble Truth
Newbury 14:00
4th
8 Tips Result
Way To Win
Doncaster 13:30
4th
8 Tips Result
Add All Tips To Betslip
Latest racing results
Chelmsford City
19:00
Full Result
1st Araifjan
100/30
2nd I Am A Dreamer
16/1
3rd Yimou
9/4 F
Chelmsford City
18:30
Full Result
1st El Camino
28/1
2nd Gold Wing
16/1
3rd Mark Of Respect
5/1
Chelmsford City
18:00
Full Result
1st Shanghai Rock
9/4 F
2nd Portia's Pearl
22/1
3rd San Juan
5/2
View All Today's Results