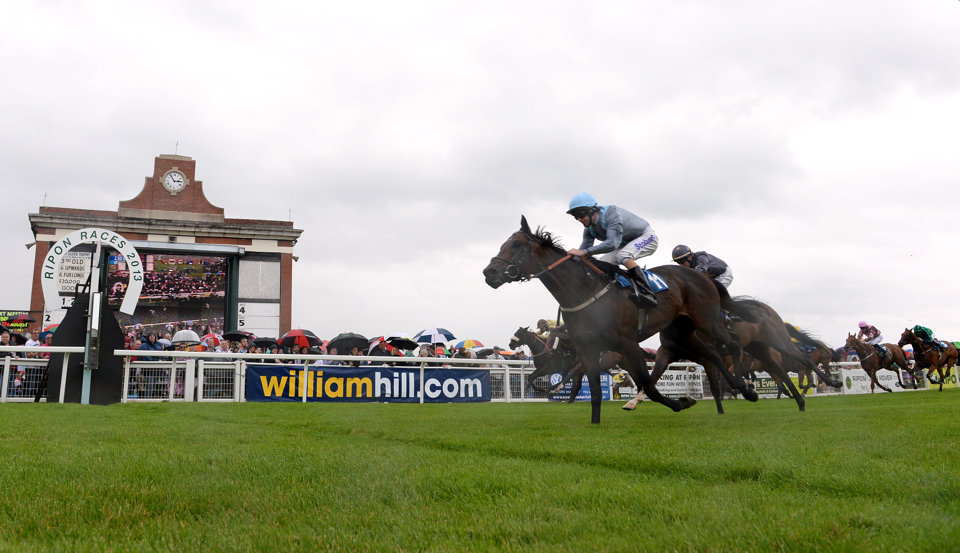 We are set for a hugely competitive renewal of the Great St Wilfrid Handicap at Ripon on Saturday afternoon, and 34 horses have been entered for the 6f handicap which sees over £50,000 go to the winner of what is always a fabulous spectacle to watch...

Just taking a look at the betting highlights what an open contest is expected with the bookmakers going 8/1 the field and the duo spearheading the odds is the Edward Bethell-trained Blackrod and Ed Walker's Great Ambassador. Well supported in the Wokingham Stakes at Royal Ascot, Blackrod could only finish seventh, but that was a hugely competitive event, so he's entitled to run another big race here. Down the field in the Platinum Jubilee Stakes at the Royal meeting, Great Ambassador ventured into calmer waters last time out in the Stewards' Cup and was a creditable sixth in that Glorious Goodwood contest, and he should be on the vicinity here.

Kevin Ryan's Justanotherbottle was a fine winner of the race 12 months ago and will look to emulate the legendary Pepper Lane, who won back-to-back renewals of the Great St Wilfrid and Ryan's charge has to be respected, while George Boughey's Spangled Mac failed to maintain a sparkling unbeaten run last time out when finishing second at Ascot, but the four-times winner this season still looks open to more improvement and has to be given the utmost respect.

David O'Meara's Summerghand is a regular in these sort of events and having finished fifth in the Wokingham he then went on to finish ninth in the Stewards' Cup, and while he's in the twilight of his career at eight years old he has shown he can produce the goods at this level, so the 10/1 on offer is sure to attract some supporters.

Golden Apollo (2nd last year), Intrinsic Bond (4th in 2021) and Lampang (10th) are all back for another crack having competed in the race 12 months ago, and of the trio it's Intrinsic Bond that is the shortest price in the ante-post markets, as the 14/1 chance aims to build on a Thirsk win last time out.

Michael Dods trained Dakota Gold to victory in this race back in 2019 and he will bid for more success this weekend with Tinto, who was a Ripon winner back in early June, and while he's struggled to kick on from a higher mark in recent times a return to the Yorkshire track could see him produce his best, and at 12/1 is another prominent in the betting.

Paul & Oliver Cole's Many A Star just touched off Lamplighter at Goodwood last time out, and the five-year-old son of Starspangledbanner will look to build on that success on the south coast by claiming victory here, while another brace of eye-catching last-time out winners include Tom Dascombe's Misty Grey and Karl Burke's True Jem.

Steph Hollinshead's Al Simmo has been in sensational form in recent times winning a brace of events at Newmarket, and the five-year-old daughter of Al Kazeem will look to land the hat-trick a Ripon on Saturday, and at 20/1 has to be considered a lively outsider in what is sure to be a fantastic contest for punters to get stuck into.

The likes of Snash, Emperor Spirit and Fortamour all add depth to the entry list, which is stacked with proven sprint handicappers and emerging speedsters.