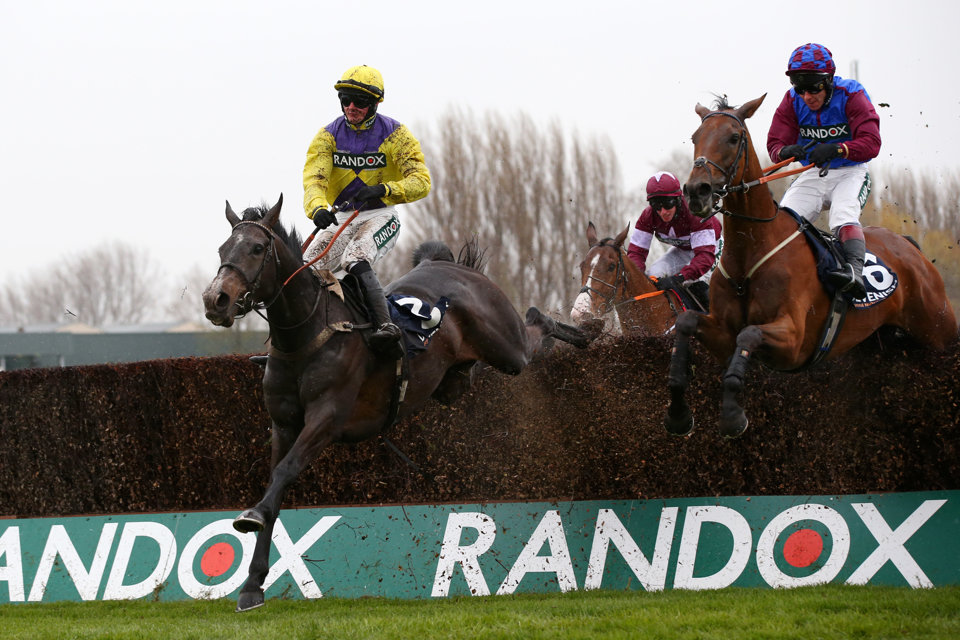 La Bague Au Roi could be set for her first start in handicap company at the Festival.

Warren Greatrex has revealed that he 'can’t wait' to unleash stable stars La Bague Au Roi and Emitom at the Cheltenham Festival.

Greatrex was open about the fact that his string had made a rather sluggish start to the season when talking to the media at an event at Cheltenham on Wednesday, but he is confident that everything is beginning to come together.

He said: “Touch wood at the moment we’re all good. Season-wise, we’ve been quiet first half of the season but we’ve been picking up since Christmas and hitting real good form now, which is the main thing.”

He looks to have particularly strong claims with the mare La Bague Au Roi, who was a dual Grade 1-winner as a novice last season, and looks set to make her first foray into handicap company next month;

“She’s sort of been coming along steadily," he said. "Last year, she took all before her in Grade 1s, and this year it’s just taken a bit of time for her to hit a bit of form. She’s got better and better- I was chuffed to bits with her run at Leopardstown on soft ground - and she’s come out that that race so well, so I said to the owners; 'Look, why don’t we look at one of the handicaps at Cheltenham?'

“She’s never run in a handicap before, and she's been taking on Gold Cup horses (so far this season). I’ve seen the weights, and off 11-2 she’d be very much of interest.”

Greatrex’s biggest Cheltenham success came when Cole Harden took the Stayers’ Hurdle in 2015, a feat that the emerging six-year-old Emitom will attempt to repeat for the Lambourn trainer after an impressive win in the Rendlesham Hurdle at Haydock earlier this month.

He said: “We’ve always held him in high regard. He’s only been beaten twice, he was beaten by Champ last year - probably when he was coming to the end of a long season - and then (he was beaten in the) first run of this season after an injury.

"I think it was my fault - I didn’t have him anywhere near ready and he disappointed, but he put that well behind him at Haydock and showed us what he’s made of. He’s come out of it really well and he’s only a six-year-old; the future’s very bright and we don’t know how good he is yet - I can see him really improving.”

Greatrex’s other Festival hopes include recent Edinburgh National winner Bob Mahler, who goes for the Kim Muir after a tried-and-tested preparation;

“He’s gone the same route I went with Missed Approach, he was second in the Edinburgh National and won the Kim Muir," he said. "We’ve gone one better here, so he’s a horse who’s progressive, he’s won around course and distance, so I’m excited about him.”

The McNeill family-owned Mulcahys Hill will also be part of Greatrex’s team at the The Festival.

“Mulcahys Hill will probably go for the Ultima. He’s won around here, he’s off a good mark. Early season we had a few blips after he won here at Cheltenham, but I’ve freshened him right up - he’s always best fresh. He seems in very good form at home.”

Portrush Ted will be another runner in the McNeill colours at Cheltenham, and despite having to reconsider the horse’s target, Greatrex is still confident of a good run.

“The main aim was the Pertemps Final, but unfortunately he tipped up at the last in the qualifier at Haydock. I think he would’ve gone close that day, but he’s in the Coral Cup and the Martin Pipe. It would need to come up very soft to see him at his best, but he’s only run three times over hurdles, he’s unexposed and if it did come up, he’s a Grade 2 bumper winner, so he’d have a good chance”