Henderson confident that Santini is a Gold Cup contender 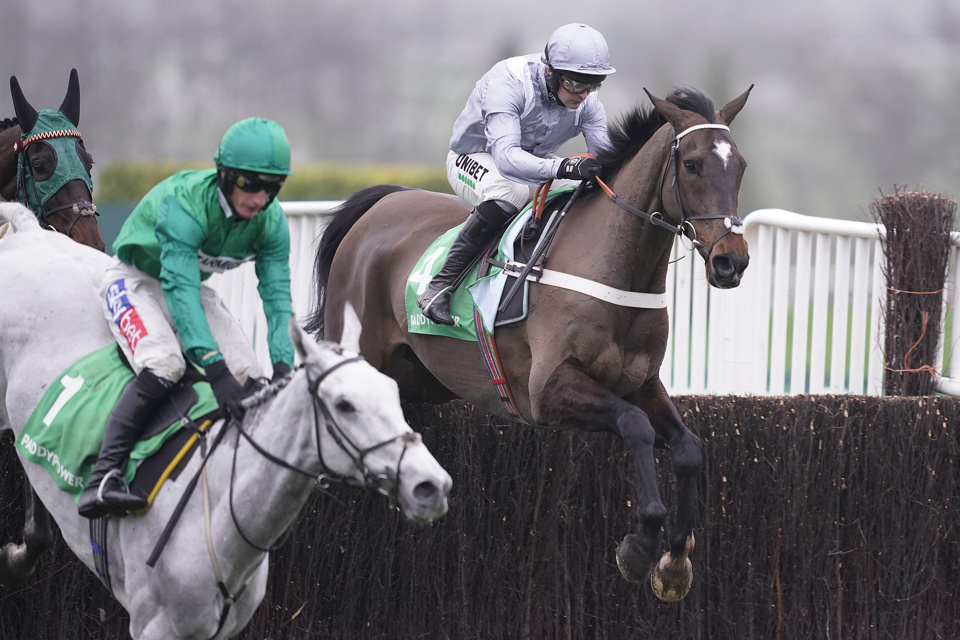 Santini gamely saw off the attentions of Bristol De Mai to win the Cotswold Chase.

Nicky Henderson is confident that Santini is now right in the mix for the Cheltenham Gold Cup, after his game effort to deny Bristol De Mai in a thrilling renewal of the Cotswold Chase on Festival Trials Day.

The eight-year-old built up quite the reputation as a staying chaser to follow during his novice campaign last season, with his efforts including a fine effort to finish second in a thrilling renewal of the the RSA Chase, though he made particularly hard work of winning a listed affair on reappearance at Sandown in November.

However, he looked far more like the finished article this time around, showing stamina aplenty to thwart Bristol De Mai after the final fence, and it was a performance his trainer was particularly pleased with.

He said: “That was two hundred percent better than Sandown. I admitted that I was underwhelmed there and then, and we’ve had to go back and start again, and we’ve done so on a better foot. It was early in the year, he wasn’t wound up and I hadn’t done a lot with him.

“I’m genuinely pleased with that today. Bristol is a great benchmark, he’s so solid - we got away from him and he’s come back at us - and to win in that ground, which isn’t his best ground, is pleasing.”

It was a performance that saw bookmakers clip Santini into a general price of 6/1 from around the 8/1 mark for the Cheltenham Gold Cup, and Henderson was confident that he is now right in contention for the Festival showpiece;

“That’s a good stepping stone into where we’re trying to get to, and we’ve just got a get a good run in now.

“We had a dreadful time last year, and we’ve just got to pray we get lucky and get a good prep in.

“He’s a bit of a Bobs Worth, he’s not as flamboyant as Long Run, more of a workmanlike Bobs Worth and they win Gold Cups.

“He’s in the mix. There are a lot of protagonists, and he’s definitely one of them.”