Chris Baker: Five bets from the Valley this afternoon 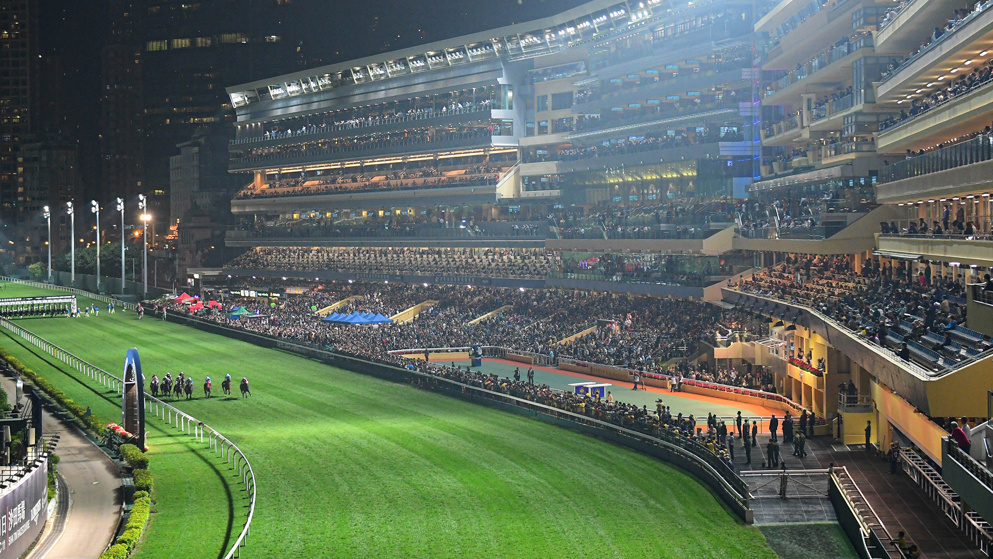 There are five bets for today’s racing at Happy Valley, Hong Kong. Good luck if you decide to follow.

FLASH FAMOUS won a Class 4 here in January and followed up last month when stepped up in grade. Both of those victories came under today’s jockey Joao Moreira, and the pair went well again here last time out, running on really strongly from off the pace to take second. The wide draw that day may not have suited, but stall 2 today looks ideal and Moreira will be able to sit just ahead of midfield and track the pace. The biggest danger could be Jolly Honour, who won at the track last month and wasn’t disgraced here last time out.

WIND N GRASS (NAP), who is a half-brother to a Group 2 winner, won four times in Ireland for Ger Lyons (name since changed from Basic Law) before being sold to race in Hong Kong. He was comprehensively beaten in his first four starts at Sha Tin (and again there earlier this month), but he finished third in his first two visits to Happy Valley and wasn’t beaten by far here last time out. He can take advantage of the fact that the first three home that day all line up in division 2 of this handicap (race 9). He stays further than this 1200m trip and will be doing his best work at the finish, especially if the pace is strong. Diamond Brilliant, who has recorded recent form figures of 223, should also run well again.

The most likely winner of this race looks to be the favourite CINQUANTE CINQ, who can be forgiven his run here last time out when drawn wide and badly hampered. It’d be no surprise to see him bounce back, but I’m also taking a chance on one at a much bigger price. BRAVE KING (previously known as Pensylvania Avenue) made his debut in the same maiden won by subsequent Group 1 winner Ten Sovereigns and went on to win two races in Ireland when trained by Gordon Elliott. He’s yet to fire in Hong Kong (all races at Sha Tin) but is well worth another go over this trip based on his Irish form. His run last time out was his best so far and he now makes his Happy Valley debut.

Beauty Spark, Californiadeepshot and SHOUSON filled the first three places over this course and distance two weeks ago and should all go close again. Slight preference is for Zac Purton’s mount, who travelled really well that day and looked the most likely winner for much of the straight. There was very little between the three hitting the line and the selection is weighted to reverse the form given that the front two have both been raised by the handicapper, whereas this John Moore-trained four-year-old goes off the same mark. In total, he’s won three times at Happy Valley with his win here last month coming in good style.