Ed Quigley: Two tips for Cheltenham on Saturday, and a 16/1 shot for the Festival 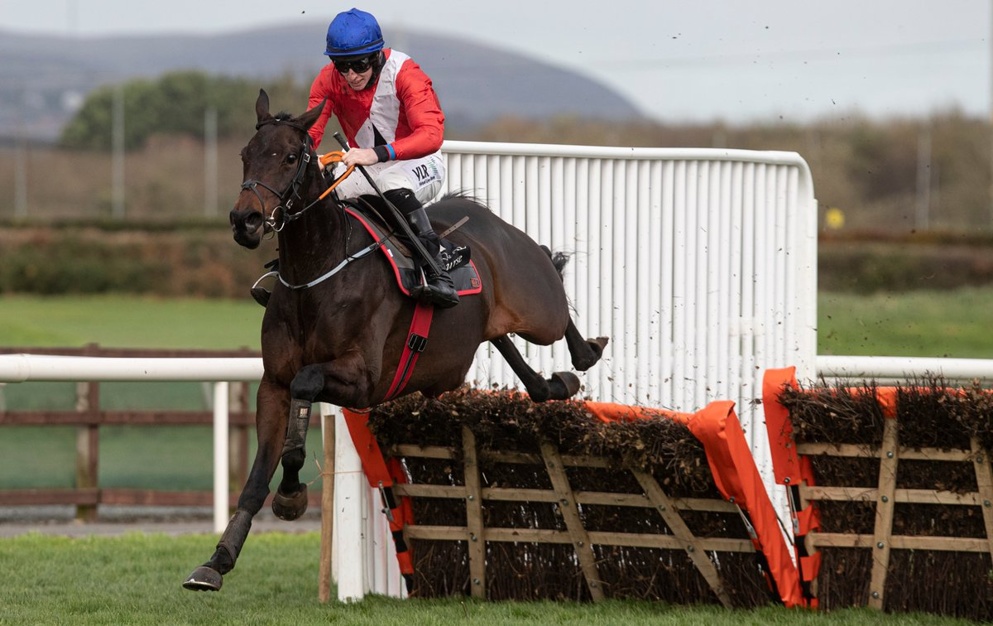 Ed Quigley fancies Ballyadam to bounce back to form on Saturday

Fresh from tipping up Protektorat in the Many Clouds Chase last week, Ed Quigley is back with his weekly column and he has a confident 3pt selection in the Racing Post Gold Cup on Saturday, as well as a strong tip for the International Hurdle, with a 16/1 ante-post tip for the 2022 Cheltenham Festival completing this week's porfolio...

The weather can be a bit of a guessing game, but if the forecast rain materialises, then my long term fancy for the Racing Post Gold Cup, ALNADAM will take some beating on Saturday should he line up. As his CV would suggest, and as Dan Skelton has stated, the word SOFT (or preferably Heavy) will need to be somewhere in the going description for the eight-year-old to take his chance, but with some weather forecasts suggesting up to 25mm of rain in Cheltenham this week, and then more during the race meeting, the ground may just come in his favour. All his wins have come on testing ground, and under rules, all his wins have come second time out for the season. A recent run at Haydock when last of four behind Bravemansgame will have got him spot on for this, and the handicapper has thrown in a bonus, easing him to an official mark of 143. He ran well for a long way over 3m1f in the Ultima at this year's Cheltenham Festival, before his stamina gave way. In and around 2m4f with the mud flying he comes into his own, so I will be eagerly looking for rain clouds over the next few days!

Elsewhere on the card, I wonder if BALLYADAM may be a bit of a forgotten horse in what looks a substandard renewal of the International Hurdle. A Grade 1 winner as a novice hurdler, he has looked far from a natural in his two starts over fences, so it is no surprise to see connections revert to the smaller obstacles. He is far exposed as a hurdler, and despite his ability to clout a hurdle or two, he traditionally travels well throughout his races and clearly has a fair engine. I wouldn't be shocked if the Henry De Bromhead representative enjoyed himself in this encounter.

Bob Olinger versus My Drogo will be a treat for everyone if the clash happens, and also, I will be keeping my eyes firmly on Sporting John in the last race on Friday, as I will be looking to see if he can strengthen his Stayers' Hurdle aspirations.

BLAZING KHAL is entered on Saturday for the Albert Bartlett Novices' Hurdle Trial, and he looks to have every chance of landing that assignment and can put himself firmly in the picture for the finale in March. The Charles Byrnes-trained five-year-old is a rapid improver and has looked better the further he has gone. He stepped up to 2m5f to win at this track last month, powering up the hill in the closing stages. He looks versatile in regards to underfoot requirements, and with a more polished display over his obstacles there should be even more improvement to come. I think he will take a lot of beating this weekend and if on Monday morning he was trading at single figures to win the Albert Bartlett Novices' Hurdle in March, I would be far from surprised.