We are set for a thrilling weekend of National Hunt racing with the Tingle Creek Chase and Becher Chase the two highlights at Sandown and Aintree, respectively. However, we focus on Friday's racing, where there are five meetings and the action begins at Sedgefield at 12:00, with alternative racing at Exeter, Sandown, Newcastle and Dundalk. We preview all the action here and pick out some of the most eye-catching tips from our racing naps table... 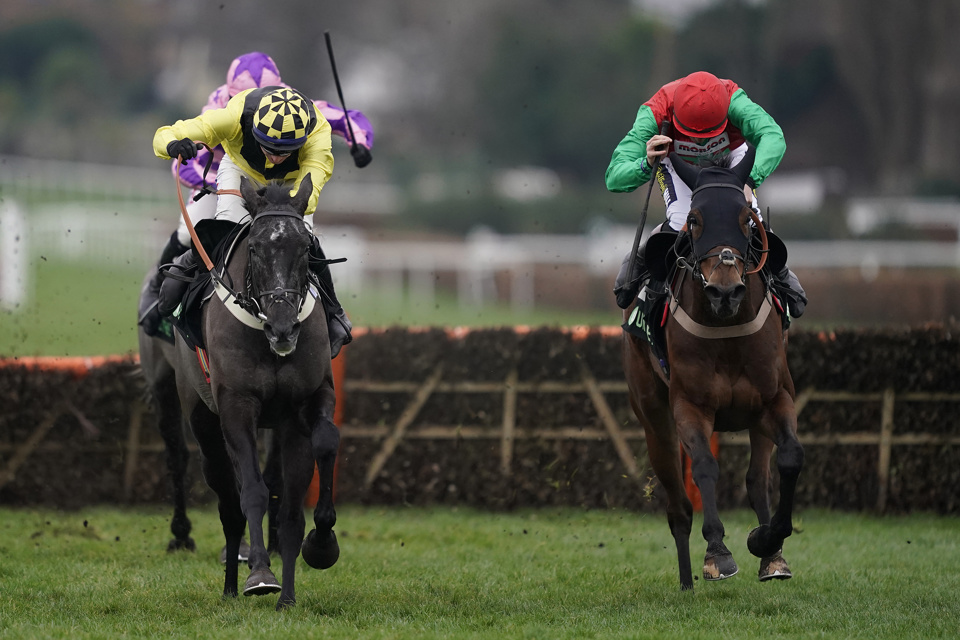 There's Grade 2 action at Sandown Park at 14:20 with the Winter Novices' Hurdle attracting some potentially progressive youngsters and the David Pipe-trained Man At Work is the nap of the day for West Country from the Racing Post, who is bidding for a fourth winning nap on the bounce. An impressive winner at Aintree last time out, the Pond House inmate will need to build on that effort in tougher company today, but the 5/2 shot has to be a leading player and is hoping to hand West Country a fabulous fifth win.

As an added bonus today, Boylesports are offering moneyback as a free bet if your chosen runner at Sandown finishes as second to the SP favourite (T&Cs apply).

Handed a walkover on his first chasing start at Ascot, the Paul Nicholls-trained Milan Bridge will face some rivals today at Sandown and is a red-hot 5/4 favourite for the 13:45 race. Proving one of the most popular naps of the day with three tipsters napping the Ditcheat raider, Milan Bridge will face some notable rivals with the likes of Gloire D'athon and Fable looking eye-catching contenders.

Other popular naps at Sandown on Friday include Nicky Henderson's Valsheda, who is an odds-on favourite for the 12:40 contest and has been napped by three tipsters, while later on in the afternoon the Lucinda Russell-trained Corrigeen Rock has also been napped by three tipsters in the 14:55. The 11/4 chance is the best bet of Jon Freeman from The i, who will be hoping the five-year-old can build on a chasing success at Kelso last time out, and having only been upped 2lbs by the handicapper that charge has to be respected.

Away from Sandown, Newsboy of the Daily Mirror has been in excellent tipping form of late notching up a brace of winning tips on the bounce and he heads to Newcastle's card for his best bet of the day. Newsboy has napped the 8/1 shot Raatea, who lines up in the 16:45 race for Julie Camacho and Graham Lee and the course winner has been dropped 2lbs by the handicapper for a mediocre run at Musselburgh last time out, but he's still higher than his last winning mark, so has to improve.

Postdata of the Racing Post may head the naps table, but Moorestyle of the Daily Star Sunday is looking to reel in the leader and that tipster also heads to Newcastle for the best bet of the day and has napped the 16/1 shot Tricky Business in the 15:03 race. Keith Dalgleish's three-year-old was last seen struggling at Windsor off a mark of 65, but has been dropped to 63 for today's event, so will be hoping that can aid his chances in a competitive event.

Other eye-catching naps on Friday include Ree Okka, who is a 3/1 chance for the 14:35 at Exeter and is the best bet of Ben Morgan from Racing Ahead, while over at Sedgefield's Jumps card RP Ratings from the Racing Post has napped the 7/2 shot Road Warrior, who runs in the 14:45 race and that charge has been dropped 2lbs following his last outing at Newcastle, so has to be on the shortlist.