Horse Racing Tips: Bob to score at Exeter on Monday

Four race meetings take place on Monday and the action all starts at Plumpton over the sticks at 12:40, while there's alternative Jumps racing at Exeter and Leicester, with the solitary Flat card coming from Wolverhampton this evening. We preview all the action here and pick out the most eye-catching naps from our naps table here... 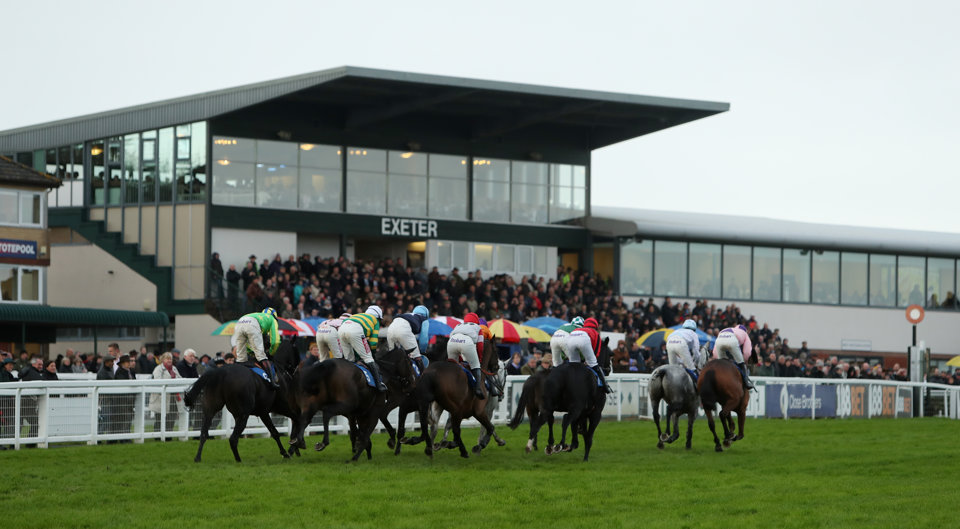 Jamie Snowden's Representing Bob has made a sparkling start to his chasing career winning three of his five chases and the progressive six-year-old will attempt to notch win number four over the larger obstacles on Monday and is a well-fancied 2/1 chance for the 14:30 at Exeter. Last seen finishing second at Uttoxeter off a mark of 109, Snowden's charge will run off the same mark this afternoon and that has caught the eye of three tipsters - including Chris Wright from the Liverpool Echo, who sits third in the naps table. Sure to run a big race, Representing Bob has to be one of the most likely winners of the race, which looks a thrilling contest.

Ben Morgan from Racing Ahead is taking on Representing Bob with the 17/2 shot Royal Lake, who lines up for Oliver Sherwood, while Paul Kealy from The Weekender is taking a real chance on the 20/1 outsider Johnny B, who was last seen finishing last of three at Newton Abbot and will need to improve significantly today.

There's a fascinating novices' chase at 13:30 with the Paul Nicholls-trained Mcfabulous making his second chase start and he will be eager to bounce back from a no-show on his chasing debut at Wincanton, but is an odds-on favourite, at the time of writing. However, our tipsters are happy to take on the Ditcheat raider with the Philip Hobbs-trained Camprond the eye-catching nap from both Ian Gaughran and West Tip, while Jon Freeman from The i is backing the 4/1 shot Unexpected Party, who runs for Dan and Harry Skelton.

Elsewhere this afternoon, Plumpton will host some National Hunt racing and the 100/30 shot Storm Hill will look to notch up a second win at the track when he lines up in the 14:40 contest. The nap of the day for both Newsboy from the Daily Mirror and Sirius from The Sun On Sunday, Storm Hill was last seen falling at Warwick, so will need to bounce back to form today, but looks a leading player.

Postdata from The Racing Post sits in second place in the naps table with a profit of £17.53 and heads to Leicester's afternoon Jumps card for the best bet of the day, and that tipster has napped the 5/4 shot Never No Trouble in the 14:20 contest. Donald McCain's charge has been placed on all three hurdles starts, but is yet to get his head in front and will be hoping to break the hurdling duck today.

Heading to Wolverhampton's evening card, current naps table leader Andrew Bladen heads to the 18:00 contest at Dunstall Park and is backing the 25/1 outsider Abolish, as he looks to extend his lead at the top. A winner at Ripon three starts ago off 89, he has shown very little since, but off 92 today has to be respected at huge odds.

Taking on Abolish will be the 5/2 shot Street Kid, who is the most popular nap of the day with four tipsters napping the favourite. A course and distance winner on his last visit to the track, the four-year-old was last seen finishing second at Lingfield, but a return to Wolverhampton should see him go close again.

R 17:00
It's Time To Turn To talkSPORT Restricted Novice Stakes (For horses In Bands B, C And D) (GBB Race)
Wolverhampton