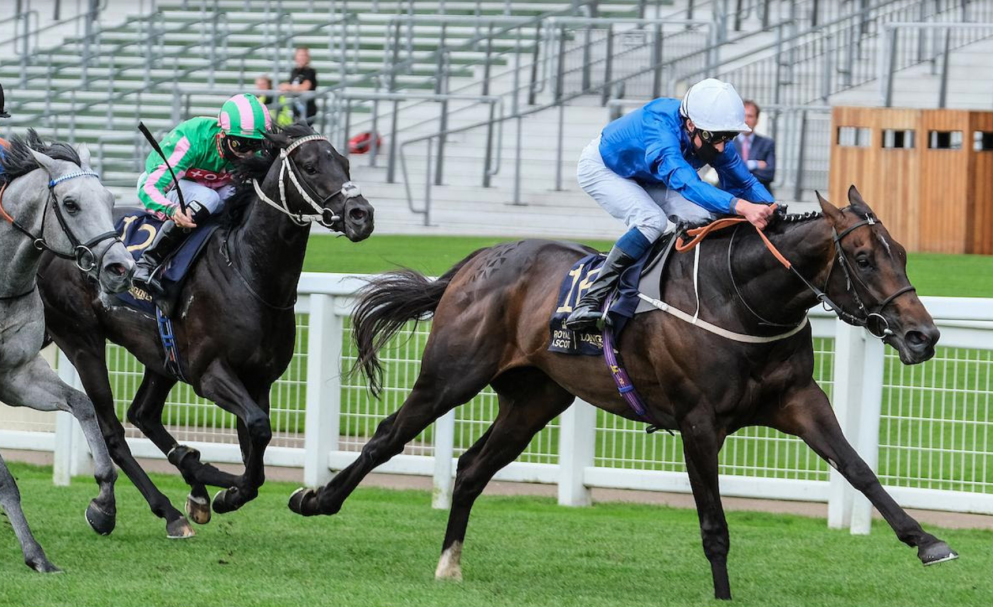 A competitive field line up for the International Stakes at Ascot.

We are set for a superb day's Flat racing at Ascot on Saturday with the King George the obvious highlight for racegoers. However, there's a hugely competitive betting conundrum for punters to try and work out at 15:00 with the International Stakes attracting a bumper field of 22 runners heading to the 7f start for what looks a mouth-watering contest. Our man Steve Chambers previews the event here and picks out a big-priced each-way contender that can make the frame...

Dark Shift is unsurprisingly sitting prominently in the betting having last been seen storming to victory in the Royal Hunt Cup at Royal Ascot over one mile, and the Charles Hills-trained raider will look to taste more success on the straight track at the Berkshire venue this weekend, and that progressive handicapper is a best-priced 6/1. Showing a fine turn of foot in the closing stages having travelled serenely through the race, the Dark Angel colt outclassed his rivals that day to record a fourth career success at the track. That victory came off a mark of 91 and he will have a significant burden to deal with today, as he's been upped to a mark of 102, so he's going to face a much sterner test, which will make things tough. The one less furlong as well could hinder his chances, as it was in the closing stages of the Hunt Cup that saw him really motor, and a drop back to seven furlongs could just halt his progression, and while he's a solid performer, he may just find it hard to win again.

Eve Johnson Houghton's Jumby has been running some fine races in defeat in some top handicap events and having finished a fine sixth in the Wokingham Stakes, he then ran another crack to finish third in the Bunbury Cup at Newmarket. Lining up 1lb higher here, it's no surprise to see Jumby sitting prominently in the betting at 5/1, but while he's been a real model of consistency he has often found a few too good, so from a win perspective he's worth taking on.

George Boughey's Air To Air made a winning comeback at Yarmouth last time out and is an 8/1 shot to follow up here, but off a 4lb higher mark in a much tougher contest then the four-year-old could struggle to replicate that East Anglian win and is best watched.

James Fanshwe's Fresh is another with excellent Ascot form and showed when fourth in the Victoria Cup that he can sparkle over seven furlongs here, but he found it tough over six when ninth in the Wokingham last month. Lining up off the same figure of 98, Fresh will enjoy the return to seven furlongs and at 9/1 could be a solid each-way prospect, with some firms paying six places.

David Simcock's Bless Him produced a mouth-watering last-to-first performance to win the Bunbury Cup a few weeks ago, as he beat the ultra-consistent Ropey Guest, and that pair are both set to take their chance here. The former will have a penalty to carry and will yet again need some luck in running, while Ropey Guest just seems another that finds a few too good, so at 16/1 can be ignored.

Sixth in the Buckingham Palace Stakes, Tactical found life tough in the Group 2 Summer Mile at Ascot last time out, but a drop back to handicap company could see him play a decent role for Her Majesty The Queen and at 9/1 is eye-catching, while Aratus is another notable name just below the market leaders that could play a role if producing his best.

One big-priced contender that could run really well at big odds is the Michael Dods-trained NORTHERN EXPRESS, who is 25/1, at the time of writing, and the progressive performer could well land a significant blow here. A winner of a York handicap two starts ago off 88, Northern Express then ran well to finish second at the same track again in July, where he was just touched off by Saleymm. He runs off the same mark here, and having fluffed his lines at the start on his sole Ascot run to date then he's worthy of another chance, and at huge odds he's the one to be with.