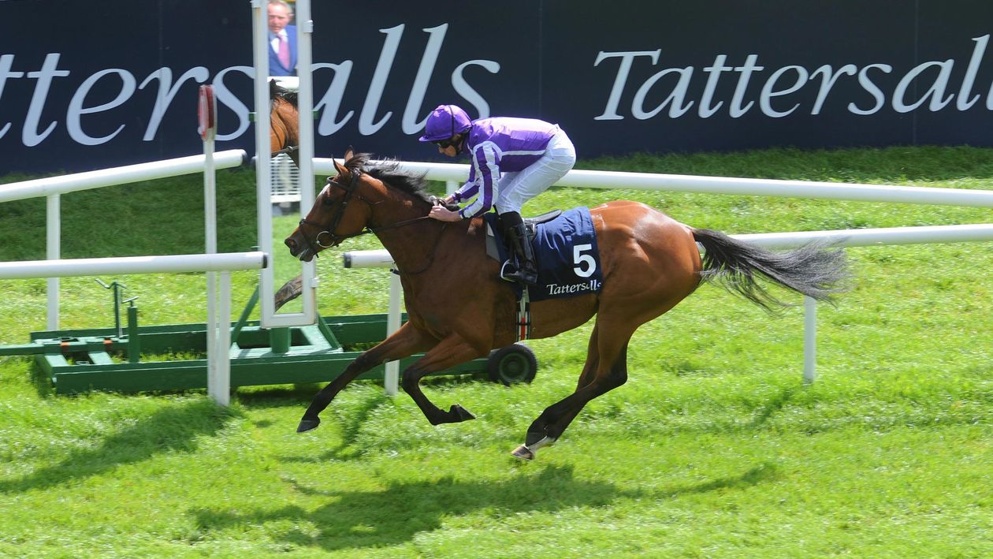 There have been some classy winners of the International Stakes of late, including Japan last year.

Nick Seddon takes a long range look at next Wednesday’s Group 1 International Stakes at York, as the field slowly begins to take shape…

The feature race on the opening day of York’s Ebor Festival, the Group 1 International Stakes has a habit of attracting a star-studded field, and while a certain Enable has opted to swerve a trip to the Knavesmire in favour of a run in the following month's September Stakes at Kempton, we should still be treated to a red hot renewal next week.

Indeed, the star attraction will undoubtedly be Ghaiyyath, who is a short-priced favourite having accounted for the aforementioned Enable in last month's Coral-Eclipse at Sandown. The five-year-old is lightly-raced for his age, but he has long promised plenty, romping to a 14-length success in a Group 1 contest in Germany last September, and while he subsequently disappointed in the Prix de l'Arc de Triomphe last term, he has returned an improved model so far this year, breaking the track record when winning the Coronation Cup in impressive style on reappearance at Newmarket in June.

His most recent run at Sandown was a career best effort, producing a particularly game response to control things from the front under William Buick, and while he is clearly capable of staying an extra two furlongs, there is a case to be made that he is at his best over a mile and a quarter.

With that in mind, he should prove a tough nut to crack at York, and he's likely to have things his own way from the front. However, he offers next to no value as a 5/4 chance in what looks a particularly strong renewal, and it looks worth taking him on at the prices.

A masterful ride from William Buick as Ghaiyyath wins the Coral-Eclipse!

Japan outbattled Crystal Ocean to win a pulsating renewal of this last year, and although he followed that run up with a fine effort to finish fourth in the Arc, he returns to defend his crown on the back of a lacklustre campaign so far. Indeed, he's struggled in each of his three starts this campaign, trailing home as the last of three finishers in the King George at Ascot most recently.

He had hinted at a resurgence when a solid third behind Ghaiyyath in the Eclipse prior to that, meaning that the drop back to a mile and a quarter could help to spark a revival, but the suspicion is that there's more to his recent slump than that, and he arrives here with plenty to prove.

Far more interesting is his stablemate Magical, who like a few in this line-up has long played second fiddle to Enable during her career. She is a high-class performer in her own right, however, picking up no less than six wins at the top level - including in last season's Champion Stakes over this trip at Ascot.

She's made the most of two good opportunities to pick up back-to-back Group 1 wins at the Curragh so far this season, and while this is undoubtedly tougher, she would have leading claims on the pick of her best form. She seems to have kept her ability intact as a five-year-old, and bearing in mind that she receives a handy sex allowance from her male rivals, she appeals as a good proposition at around the 11/2 mark to continue to make hay in the absence of her old rival.

Another who's worthy of a serious look is the three-year-old Kameko, who represents Andrew Balding. He was a luckless fourth in the Sussex Stakes over a mile when last seen, but this has been on his radar for some time, and connections have seemingly given the green light for him to head here instead of the Prix Jacques le Marois over a mile in France.

Kameko arrives here with something to prove after two muddling outings, but the form of his Guineas success looks strong, and he's certainly capable of mixing it in this company if proving suited by 10 furlongs - particularly when you factor in his 7 lb age allowance for being a three-year-old.

Admittedly, he seemed stretched by a mile and a half in last month's Epsom Derby, though that run is worth forgiving bearing in mind how it panned out, and he had won in the style of a horse who could handle further at Newmarket prior to that. On the bare form of what he's shown so far, he wouldn't need to find much to have a serious say, and with a strong pace likely to play into his hands, he looks good value to find the necessary improvement to strike at around the 8/1 mark.

Mohaather streaks down the outside to win the Qatar Sussex Stakes!

We could have as many as nine top level winners in the field, and three more  who fit into that category are Mishriff, Lord North and Sottsass. Like Kameko, the first-named is a classic winner, having struck in the French Derby over this trip at Chantilly last month. He wouldn't be one to write off here in receipt of an age allowance, though he looks set for an assignment over further next - with entries in both the St Leger and the Grand Prix de Paris.

Mishriff's stablemate Lord North has improved at a rate of knots since winning last year's Cambridgeshire Handicap at Newmarket, and was a clear-cut winner of the Prince of Wales's Stakes at Ascot in June. He's very difficult to fault on what he's shown over the past 12 months or so, though this assignment will ask more of him - for all that Japan was behind him at Royal Ascot.

Meanwhile, last year's French Derby winner Sottsass is a fascinating contender if making the trip for Jean-Claude Rouget, and he would come right into calculations if replicating the form he showed to finish third in last year's Arc - though it would be a bit of a leap of faith for logistical reasons to be backing him at this stage, with the regulations over travel changing daily.

Finally, two more who are worthy of a mention are Aspetar and Deirdre. The former impressed when winning the Group 2 York Stakes over this course and distance last month, and he's entitled to try his hand here having won a German Group 1 last season. Meanwhile, Deirdre is one of the most likeable horses in training, and while she regularly holds her own at the top level, she would likely need several to falter to have serious claims here. In summary, this year's renewal of the International Stakes looks red hot, and while the favourite Ghaiyyath has obvious claims, he is short enough in the betting bearing in mind the calibre of rival he is facing, and it looks worth opposing him at the prices.