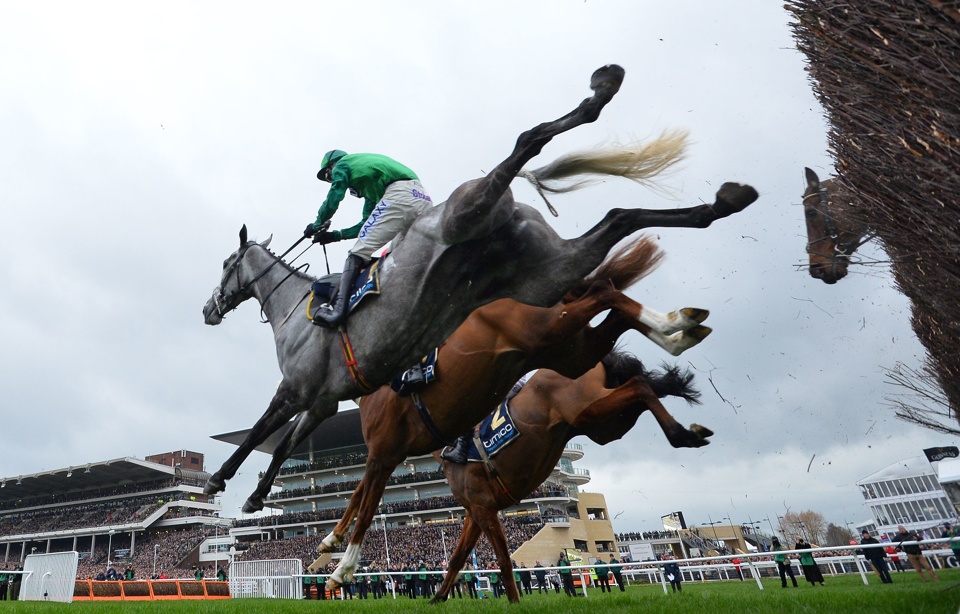 There's an excellent seven-race card kicking off Cheltenham's November Meeting on Friday afternoon, and while the Paddy Power Gold Cup is the showpiece event on Saturday, it's Friday's racing we focus on here, and our in-house tipster Steve Chambers has picked out his best three bets at Prestbury Park...

Paul Nicholls saddled MAGIC SAINT to victory in this race 12 months ago, and the Ditcheat raider can emulate that fine success on Friday by retaining his crown and claiming the win in the Mucking Brilliant Paddy Power Handicap Chase at 13:45. His 2020 success came off a mark of 152, and it will be that same figure the seven-year-old lines up off for the second race on the card, and he looks the one they all have to beat.

A two-and-a-quarter length winner over Fanion D'Estruval last year, that pair had pulled well clear of the rest of the field, and a return to Cheltenham should see Magic Saint in his best light. Upped by the handicapper for that impressive victory, Magic Saint was unable to land a blow off a significantly higher mark, but having failed to get his head in front for the remainder of last season, he's been dropped back to an attractive mark - and he can duly capitalise.

Second in the Silver Trophy Handicap Chase at Cheltenham in April, Magic Saint showed that he can perform at his best at Prestbury Park, and while he could only finish seventh on his first start of the season at Wetherby last month, he's sure to come hugely for that pipe opener, and a 2lbs drop has given him a huge chance. Exciting conditional Angus Cheleda will claim 5lbs off the back of Magic Saint, and while the likes of Stolen Silver and Kap Auteuil should pose an issue, everything is set for Magic Saint to carry top weight to victory.

Henry de Bromhead's former Ryanair Chase winner Balko Des Flos will have to give over a stone to all his rivals in the Glenfarclas Cross Country Handicap Chase, and while there's no doubting he is the class horse in the race, he could just struggle to get the better of some more attractively weighted rivals.

One that fits that bill is the Christian Williams-trained POTTERS CORNER, who was a decent third in this race 12 months ago behind Kingswell Theatre, and that run came off a mark of 151. He takes his chance on Friday off a mark of 140, and with Jack Tudor taking off another valuable 3lbs then Potters Corner stands a tremendous chance if he can put in a smooth round of jumping.

Pulled up in the Grand National at Aintree back in April, Potters Corner failed to fire on his first start this season, as he was last of seven in a veterans event at Wetherby. However, that run is sure to blow away the cobwebs for this outing, and the former Welsh Grand National winner could relish a return to this unique test, as he looks to get his career back on track.

A dour stayer, Potters Corner was kept out the back in this race last season, before staying on past beaten rivals, so if he can hold a more prominent position on Friday then he could well pull clear in the closing stages. There's no doubting his jumping will need to improve to play a notable role, but if Tudor can find a decent rhythm over his obstacles then Potters Corner can be the one to upset the aforementioned de Bromhead runner.

We end the afternoon at Cheltenham with the toughest betting heat on the card at 16:00 and Fergal O'Brien's Samba Dancer will be attempting to follow up his win at Cheltenham's October meeting, while the pair of Brorson and City Derby challenge O'Brien's raider for favouritism, at the time of writing.

A race that is sure to throw up some notable improvers, the hat-trick-seeking Vocal Duke could be one that is on the vicinity at the finish, but the one worth siding with is the Iain Jardine-trained KAVANAGHS CROSS, who has notched up a trio of second places and one third placed finish in his last four runs, and at double-figured odds he looks excellent each-way value.

Rated 114 in August, Jardine's raider slipped down to a mark of 109 last time out when he was narrowly beaten at Carlisle, and while he's been upped 2lb to a mark of 111, he still looks capable of landing a blow off that figure. Niall Houlihan will take off a valuable 5lbs from his back, which could prove vital at the finish, and while this is a tough assignment for the Irish raider, he looks capable of making the frame once again.