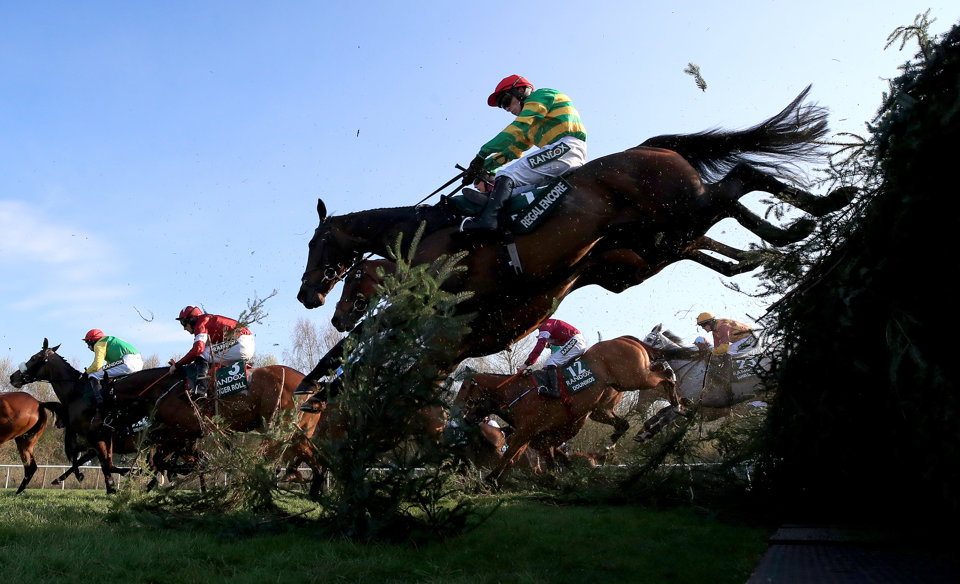 Check out Saturday's ITV Racing tips from Sandown and AIntree

We are set for an epic afternoon of top quality National Hunt racing in front of the ITV Racing cameras on Saturday, as Sandown Park host the Tingle Creek Chase and there are Grand National clues with the Becher Chase at Aintree. Our in-house tipster Steve Chambers picks out his best bets for all the live action here...

Reigning Grand National hero Noble Yeats will return to the scene of his biggest success on Saturday when he lines up in the Grade 2 Many Clouds Chase at Aintree on Saturday afternoon, but the National hero will face a tough ask against some top notch chasers and it's hard to look past the Lucinda Russell-trained AHOY SENOR, who can storm to victory.

A sparkling winner of the Grade 1 Mildmay Novices' Chase in April at Aintree, Ahoy Senor was instantly thrown into the Cheltenham Gold Cup mix, but he failed to fire on his comeback run when a well beaten last of five in the Charlie Hall Chase at Wetherby. Too free that day Derek Fox will need to keep a lid on Ahoy Senor, who is the class act in the race, and providing he can bounce back to form in this event then he can bound to victory for favourite backers.

Fifth in the Scottish Grand National, Ashtown Lad is a leading fancy for the Becher Handicap Chase on Saturday afternoon, but at the skinny odds available in such a competitive renewal there's others that make more appeal. Second in the Grand Sefton earlier in the season over the National fences, Gesskille is fancied to go close again, but a 7lbs rise has hindered his chances, while the likes of Hill Sixteen and Captain Kangaroo also sit prominently in the betting.

One at the lower end of the weights that could run well at double-figured odds is the Christian Williams-trained FIVE STAR GETAWAY, who will be having his second run over the Aintree National fences. He failed to land any sort of blow in the Topham Chase when finishing 14th of 29, but he found himself behind from an early stage and could never get involved. A winner on his second start last season he should strip fitter for a run at Bangor last month where he came fourth and off the same mark here of 132 he can strike gold in a hugely competitive renewal.

Six have been declared for the Tingle Creek Chase at Sandown and providing all of them take their chance then it's set to be an epic renewal with star two-mile chaser Shishkin setting the standard and Nicky Henderson's hotpot, who was last seen pulling up early in the Queen Mother Champion Chase, is the race favourite. Last year's winner Greaneteen showed his class when carrying a huge weight to Haldon Gold Cup glory, while Arkle hero Edwardstone is set for his seasonal reappearance.

However, one that has gone under the radar is GENTLEMAN DE MEE, who can be backed at eye-catching odds because he was hugely disappointing on his comeback run. A faller at Naas when sent off an odds-on jolly, the Willie Mullins-trained raider will look to bounce back here, and the front-running sort, who ended last season with a superb win in the Grade 1 Maghull Novices' Chase at Aintree, looks over-priced.

Nicky Henderson's WALKING ON AIR will make his hotly-anticipated return to the track on Saturday in the final race of the day and the Seven Barrows raider, who struggled in Grade 1 company on his final start last year can kick off his campaign with a win. The well-bred five-year-old was a fine winner on his hurdling debut at Newbury, but failed to figure in the Grade 1 Mersey Novices' Hurdle at Aintree when quietly fancied by many.

Handed an initial handicap mark of 132, Walking On Air can make mincemeat of that rating and show that he could turn into a potential Graded performer later on in the season. The likes of Langer Dan, Harbour Lake and Herbiers will be notable rivals, but the Henderson charge is attractively handicapped to kick off his season on a winning note.