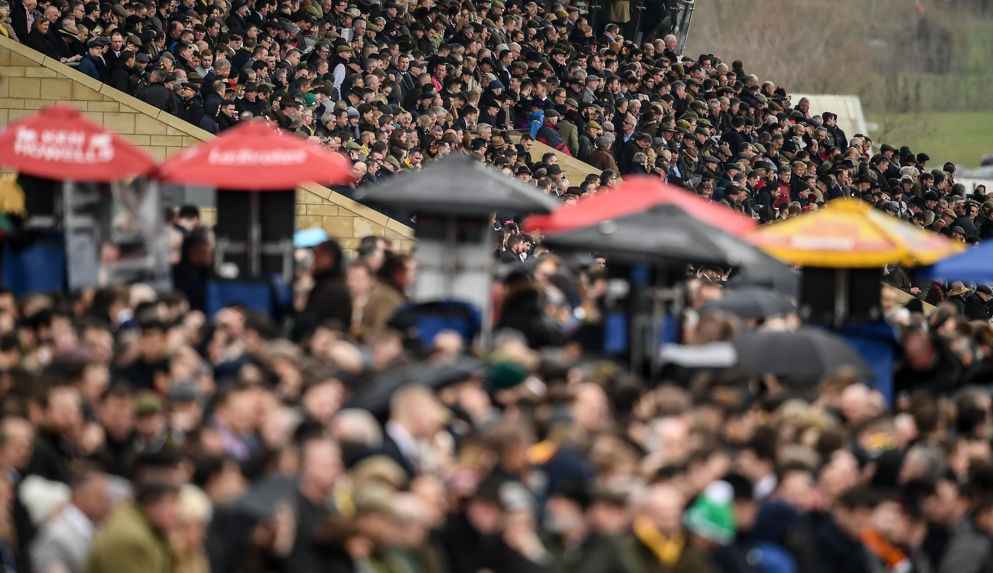 The crowds will gather for Gold Cup Day at the Festival with half a million up for grabs in the ITV7.

It is the final day of our ITV7 challenge for our US editor to see how he does with UK racing. It hasn't been all plain sailing but he's giving it a right go for Gold Cup Day...

Gold Cup Day starts with the Triumph Hurdle and Pied Piper and Vauban are set to be the top two choices in the betting markets. They faced each other on New Year's Eve at Punchestown with the former winning by half a length. A rematch will attract most of the ITV7 selections but I’m going rogue and picking Doctor Parnassus who is undefeated in two runs under new trainer Dan Skelton. Those two runs were extremely strong, winning by nine and ten lengths. Stepping up in class but you don’t win this competition by going favourites all down the line.

Following that I like a horse to come off a very short break and I’m using Suprise Package. This six-year-old won the Imperial Cup at Sandown just a week or so ago but a nine-length romp in a good quality field is worth sitting up and taking notice of. In a deep field, I always like a horse who has very recent form.

In the Albert Bartlett there are two clear top choices in the betting markets similar to the Triumph to open up the day. Unlike that race though I am not drawn to a longer shot and I do like Hillcrest who might be really quite good. Five wins from the past six with one race where he unseated his rider having been hampered by another faller.

Now we come to the big event of the Day, the Cheltenham Gold Cup where Galvin is likely to go off just ahead of A Plus Tard in the markets. Another name right at the forefront should be defending champion Minella Indo who returns to the scene where he won this race a year ago - however he is 0 for 3 since that Friday last March. I’m going with a 28-length winner last time out though and the Dan Skelton trained Protekorat. He hasn’t finished outside the top two in his past seven.

When we get to the Hunters’ I’m plumping for Bob And Co. Paul Nicholls has to get a winner somewhere along the line. He can’t go two Festival’s on the spin without a winner surely…?

Like previous days, the ITV7 includes two races away from the Festival. Friday’s two to pick elsewhere are the 14:00 at Doncaster and the 15:05 at Fakenham. In the former I’m going with Douglas Talking and in the latter I like Thirtyfourstitches.