ITV7 Tips: Martello Sky is the riskiest pick for Tuesday at Cheltenham 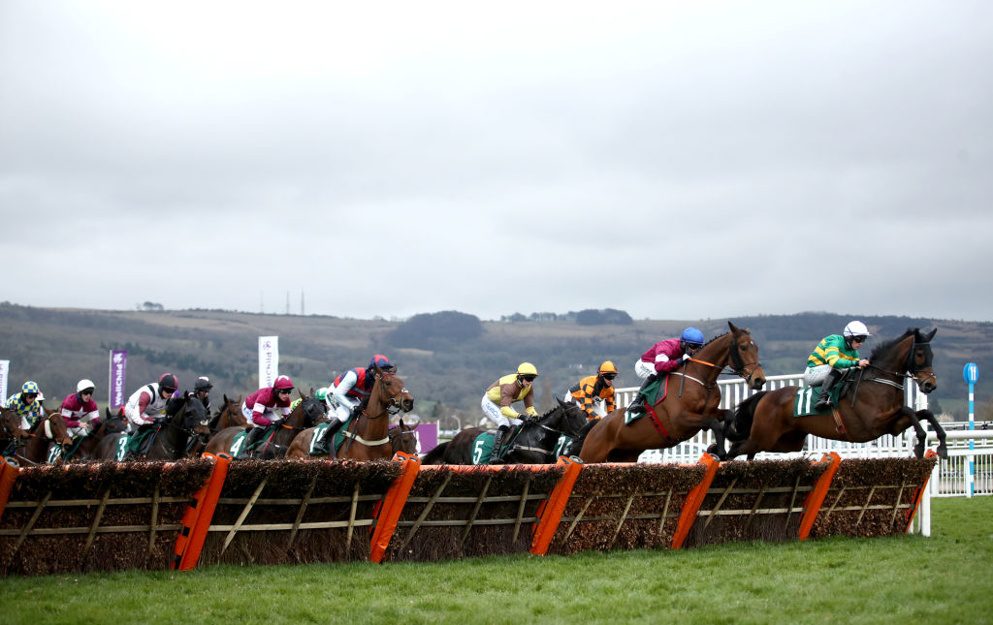 Cheltenham kicks off on Tuesday as does the ITV7 week of £1million in prizes.

The ITV7 is a great way to get involved with the Cheltenham Festival. It is Free to Enter and our Neil Monnery will be putting his thoughts together each day for the competition throughout the four days. We kick off with Day 1 where the prize for getting all seven winners is a cool £100,000...

Note: The ITV7 includes two races from Sedgefield rathe than the full Cheltenham card so I like Little Orange and Desaray Girl in the 13:50 and 14:30 respectively.

To win the ITV7, you need to stay away from all the favourites so in the Supreme, I’m going with Jonbon who is a super expensive horse who has won his past two races by an average of 13 lengths. Our Ed Quigley is a fan and said that a strong gallop and drying ground plays into his favour. Dysart Dynamo and Constitution Hill are the two top choices in the market but give me a horse with impressive bloodlines and an unblemished record to kick off my selections.

Next up in the Arkle, once more I’m looking just below the top choices in the betting markets and Riviere D’etel is going to be my play. Yet to finish outside the top two so far this campaign with three wins and two second places from her past five. Unlucky last time out when beaten by half a length in the Irish Arkle Novices’ Chase. His jockey that day thought interference had cost the five-year-old the race.

The Ultima is going to be the first race on the day where lots of ITV7 seven-folds go down. Ths is a truly wide-open race and likely will provide a good priced winner. I’ve always been a bit of a romantic when it comes to sport and think every great champion has one more episode of greatness in them. This brings me to my selection for this race. I’m going to go with Paul Nicholls’ Frodon to give the 11-time Champion Trainer another Festival winner. This ten-year-old has tasted victory in front of the Cheltenham fans before - taking out the Ryanair in 2019 and in 2020 won the King George VI Chase at Kempton. Two disappointing runs so far this season hurts but in a wide open race, I’m rolling with experience.

Honeysuckle is 8/13 in the Champion Hurdle. It would take a brave ITV7 player to go elsewhere in this one and I’m not brave. Honeysuckle.

Henry De Bromhead trains the aforementioned Honeysuckle but he also has the favourite 40 minutes later in the Mares’ Hurdle. That seems like a logical pick but to win the ITV7, you need to go off the grid on occasion so I’m going with the big priced Martello Sky to score a big win for Lucy Wadham and Bryony Frost. She has won four of her past five and whilst not against the best competition, a win is a win is a win. Her rating of 144 however does leave her vulnerable but this feels like a good spot to push the boat out.

In the Fred Winter, we have a short-priced choice in Gaelic Warrior but once more I’m going elsewhere and rolling with the Paul Nolan trained HMS Seahorse. This four-year-old has finished top three in his past four and I feel might be getting overlooked as he’s trained at a relatively small yard. When a horse looks better in every race they runs, back them.

I can’t go through Day 1 and not take a Mullins horse so in the National Hunt Challenge Cup, give me some Stattler. This seven-year-old hasn’t had an outstanding career but is two from two over in Ireland this year. A day without a Willie Mullins winner would be a surprise considering he has a whopping 22 entered.