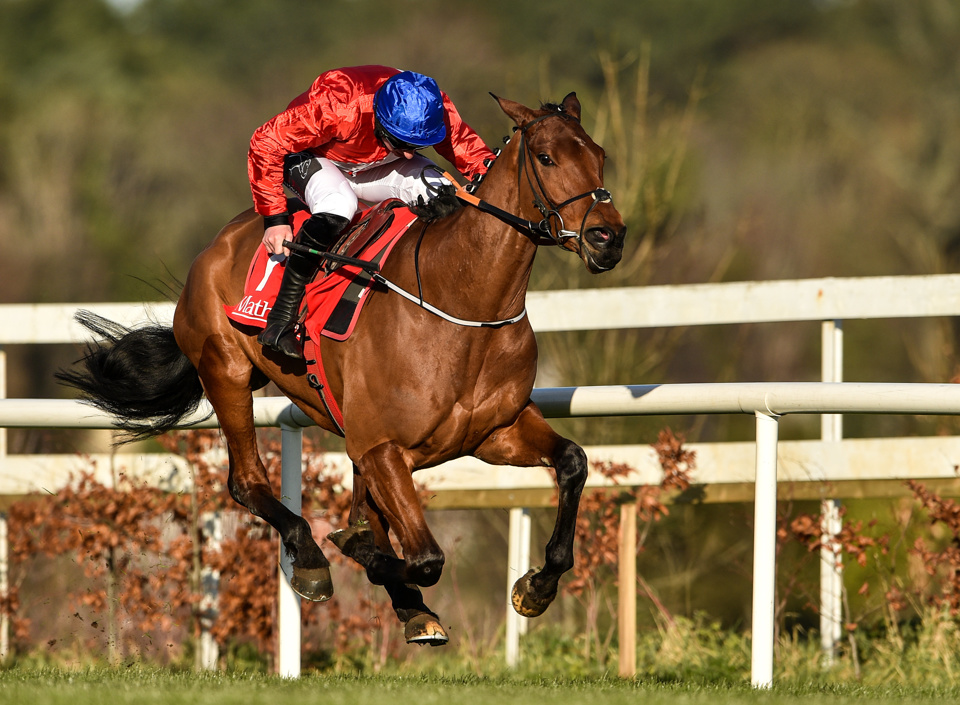 A star-studded field of ten go to post for the Grade 1 John Durkan Memorial Chase at Punchestown, and it will see the hugely talented Envoi Allen take his chance, as he looks to cement his place as one of the stars of the National Hunt sphere...

Pulled up at Punchestown at the end of the season, Envoi Allen was on a retrieval mission this season, but he rocketed back into the limelight with a facile win in a Graded contest at Down Royal in October, and he now ventures back into the big time by lining up in the John Durkan Memorial Chase. One of the highlights on the Irish National Hunt calendar, the John Durkan is a race that attracts real quality, and Envoi Allen will now look to kick on from that Down Royal success and claim Grade 1 glory at Punchestown.

There's no doubting he's the most talented in the field by a considerable margin, and if he can produce his A game then it's hard to not see him claim an impressive victory here, but at shortish odds he could be worth taking on as Willie Mullins unleashes a real strong battalion, and they could pressurise Envoi Allen's jumping, and there could be much more attractive value elsewhere.

Mullins has trained the winner of the John Durkan on seven separate occasions, and he saddles seven of the ten runners on Sunday afternoon, and the septet will be spearheaded by Ryanair Chase hero Allaho. Sensational during that Cheltenham Festival victory, Allaho was unable to live with stablemate Chacun Pour Soi in the Champion Chase at the Punchestown Festival, as he was dropped to two miles, so a step back up in trip here should see him in a much better light. He will have to down Envoi Allen without having had a run, so that could be what scuppers his chances, but he's a real class act and is certainly the primary shot fired by the Mullins gun.

Third in the Marsh Novices' Chase at the Cheltenham Festival, Asterion Forlonge ended last season with a sparkling win at the Punchestown Festival in a novices' handicap chase, but he's most definitely a Graded chaser at his best. Making his seasonal reappearance here he's another of the Mullins brigade that can put up some challenge to Envoi Allen.

Of the other Mullins contenders that could land a blow the one that could be somewhat of a left-field shout is KEMBOY, who has fought it out in top-level staying chases over the last few seasons and ran with credit, and he could outrun his double-figured odds. Last seen finishing a distant fourth in the Punchestown Gold Cup, Kemboy has previously claimed victory at Punchestown on two occasions, including beating dual Cheltenham Gold Cup winner Al Boum Photo back in the 2019 Punchestown Gold Cup. He may lack the pace to strike here, but he's sure to put up a decent effort as he's been placed in 12 of his 19 runs, and could be the value play against the leading protagonists in the betting.

One non Mullins or De Bromhead-trained runner that could play their paRT is the Joseph O'Brien-trained Fakir D'Oudairies, who was last seen breezing to victory in the Clonmel Oil Chase, and shaped like he could be destined for a season at the top table this campaign. A fine winner of the Melling Chase at AIntree last season, the JP McManus-owned raider then failed to build on that when finishing third in the Punchestown Gold Cup, but he was faultless at Clonmel and could feature here. He may just be a horse that just lacks that real cutting edge at the highest level, so he could have to settle for a placed effort in a thrilling renewal.