July Festival Day 1 Tips: Back This Trio At Newmarket On Thursday 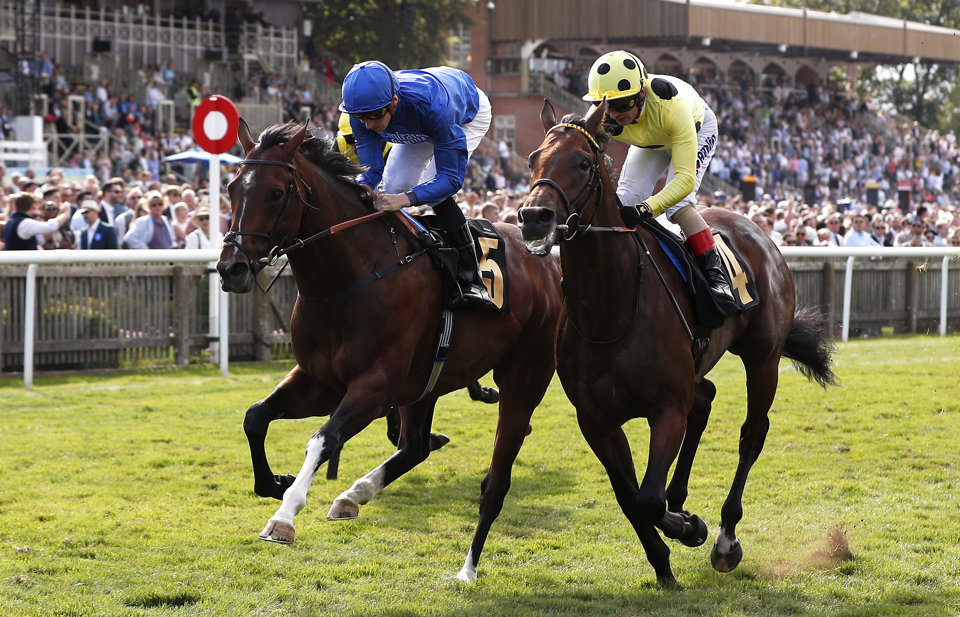 We are set for three epic days of top quality action at Newmarket, as the July Festival lights up Flat Headquarters on Thursday afternoon, and our in-house tipster Steve Chambers picks out his three best bets on the card....

Six go to post for the Bahrain Trophy at 13:50 and the John & Thady Gosden-trained Stowell will be one of the leading contenders for the 1m 5f contest, as he looks to book his place in the St Leger later in the season. Charlie Appleby's Yibir was last seen chasing home subsequent Irish Derby runner-up Lone Eagle in the Listed Cocked Hat Stakes at Goodwood, and is another prominent figure in the betting, and that pair have to be major players for glory.

However, the selection for the event is the Mark Johnston-trained Gear Up, who has failed to fire on all cylinder this season, but can return to form in this stamina sapping contest. A Group 1 winner in France last season, Gear Up has failed to kick on in his three-year-old season and was last seen finishing fifth of sixth in the King Edward VII Stakes at Royal Ascot. The Teofilo colt had previously finished way down the field in the Derby at Epsom, so he's on somewhat of a comeback mission here.

His poor performances this season means that there could be some significant juice in his price, and if the step up in trip can bring on some improvement then Gear Up could throw his hat into the St Leger ring, and the current 50/1 for the final Classic of the season could be long gone.

There's a fascinating renewal of the July Stakes at 14:25 as a plethora of classy two-year-olds line up for the Group 2 event. A number of these juveniles were seen competing in some of the main two-year-old races at Royal Ascot last month and Eldrickjones and Ebro River were two seen running fine races in the Coventry Stakes. The former of that pair ran a mighty race at huge odds to finish second in the Coventry, while Ebro River was an excellent fifth behind the winner Berkshire Shadow. Both have to be major contenders, but it's Ebro River that makes more appeal. A winner of his previous two races before the Coventry Stakes, Hugo Palmer's son of Galileo Gold could have a lot more to come this season, and he can turn that Ascot form around.

Bryan Smart's Project Dante was a fine third in the Norfolk Stakes last month and is a leading player here, but he will step up to six furlongs for this event, and he may just find it tough to live with the proven six furlong performers on Thursday.  The Palmer team will have a strong hand here and Dig Two was an excellent second in the Windsor Castle Stakes at the Royal meeting, but that Listed event was much easier on paper than this assignment, and he will have to play second fiddle to his stablemate Ebro River, who can claim a third win in four races.

There's a fascinating betting heat at 15:00, as a bumper field line up for the Each Way Extra At bet365 Handicap, but it could be worth keeping it simple and siding with the Roger Varian-trained favourite Boomshalaa, who has been hugely progressive this season, and can claim glory here.

Impressive wins at Kempton and Windsor earlier in the season booked his place at Royal Ascot, where he lined up as a well-fancied contender for the Palace Of Holyroodhouse Handicap. Just touched off by Significantly in that 5f event, Varian's charge will look to continue on his rise up the rankings, and he will need to defy a 3lb rise in this contest.

Lining up off a mark of 96 on Thursday, Boomshalaa could well enjoy a switch to quicker ground, as his Royal Ascot run came in heavy conditions, and if he can continue to blossom then he could prove to be a real cut above his rivals here. A clear favourite with the bookmakers, some punters could be put off by his short price in such a competitive heat,. but he looks to be the class act in the line-up, and he can record his third win in four starts.