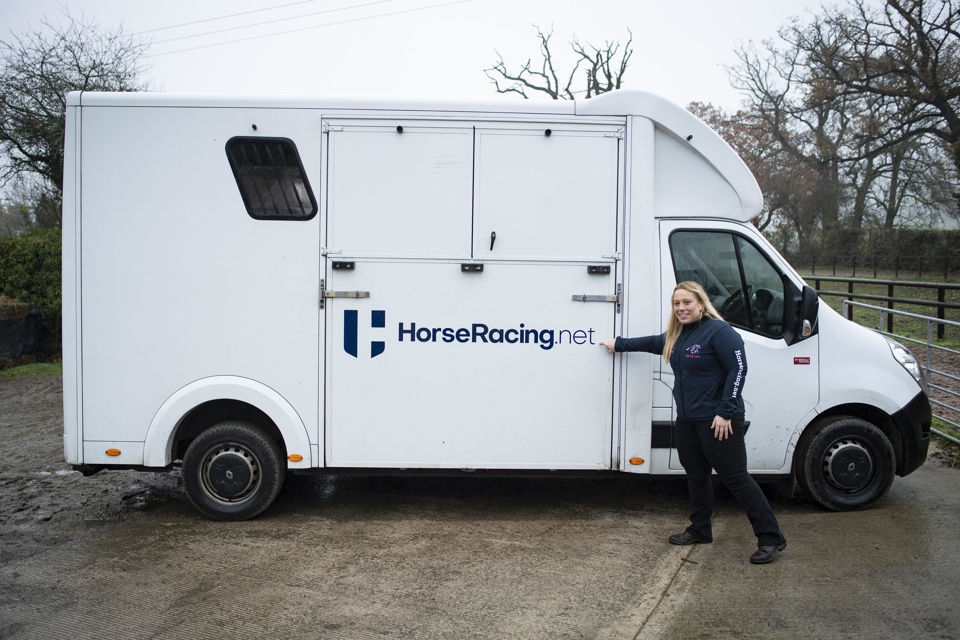 Our very own Kerry Lee is back with her latest column, looking at the hot topics in racing at the moment.

In the latest edition of her regular column on HorseRacing.net, Welsh National-winning trainer Kerry Lee gives her views on the hot topics in racing at the moment, including an update on BetVictor Gold Cup heroine Happy Diva…

We have plenty of action to look forward to at Cheltenham this coming weekend, notably in the form of the Caspian Caviar Gold Cup.

I was lucky enough to win the feature race at Cheltenham in November with Happy Diva, but we are bypassing the December edition potentially in favour of a listed Mares’ contest later in the season.

The second and third horses from the BetVictor Chase in Gold Cup look set to run, and it was very interesting to see Slate House, who fell two out in November, come out at win at Huntingdon on Sunday. It looks a very strong contest and from a vanity point of view it would be great to see Brelan d’As or Warthog win, but I will be keeping a close eye on Knocknannus and Guitar Pete, too.

That is some recompense!

We were lucky enough to enjoy another super Saturday of racing with meetings at Aintree, Sandown and Chepstow.

The Tingle Creek never fails to deliver, and Defi Du Seuil is now at the forefront of the Festival team for J.P. McManus. As one of the market leaders for the Champion Chase, he looks a very exciting prospect. Similarly, Ruth Jefferson’s Waiting Patiently ran a storming race to finish a very strong third in the Grade 1 contest – this was his first try back at two miles in three years and what a performance. Surely there is more to come from him back at the minimum trip.

Switching to Aintree briefly, I was desperate to find out how the quirky but loveable Might Bite would fare.

Sadly we were denied a race early on when he parted company with Nico de Boinville, but you couldn’t fail to be impressed with the Gold Cup hero Native River. Will he go for Grand National glory in 2020? I certainly hope so!

In the meantime, it would be very exciting to see him have crack at the King George on Boxing Day. If, and only if, we have a very wet month and the ground at Kempton is very testing, then he might continue his graded campaign after the Welsh National at Chepstow on 27 December.

Already the winner of the Chepstow race in 2017, he really is a force to be reckoned with in any handicap and seemingly off any mark. He will be carrying around a stone more than when he won the race in 2017 but as a Gold Cup winner in a handicap, I think it’s only fair that he should be!

The tragedy of Saturday was the loss of staying chase warrior Houblon Des Obeaux in the London National at Sandown.

A horse who was in fact third behind Native River in the Welsh National in 2016, he was popular in the staying chasing department. It was desperately sad to see him suffer a fatal heart attack during the early stages of the race. A loss like is never easy to handle and I can only sympathise with all connections of the very popular horse.

It wasn’t until the remaining horses had completed another circuit that the yellow flag was waved by racecourse officials to signal the race was void. The remaining jockeys found their way to the home straight and completed the race, albeit amid much confusion on terrestrial television. Each of the jockeys received a 10 day ban, which will fall over a very busy Christmas period.

There is something of a feeling of living in the dark ages when a single yellow flag is the only signal to a jockey (who is racing on horseback at around 30mph in fading light) that a race is void.

We have cutting edge technology at our disposal, but we seem determined to live in a bygone era. Racing as an industry appears disorganised, and this is advertised on terrestrial television. Who is the winner here? It’s not racing!

The seven jockeys who continued after the yellow flag in the London National have received 10-day suspensions.

Racing is a frantic industry at the best of times, and with Christmas just around the corner it can sometimes feel like the pressure is on more than ever. Mistakes can happen, and we are only human, so I can only sympathise with trainer Jedd O’Keeffe - who after a mistaken identity issue, found himself arriving at Lingfield (from North Yorkshire) on Monday with the wrong horse on the lorry.

Each horse is chipped with a unique identity code, and as a trainer, it is our job to double check the identity of a horse against its passport and also double check that with a microchip scanner. Let’s hope Jedd O’Keeffe’s stable star, Sam Spinner, can allay that misfortune at Doncaster on Saturday. Already the winner of two novice chases at Wetherby this season, Sam Spinner takes on graded company in the December Novices' Chase over three miles (14.10 Doncaster, Saturday).